In Vancouver on Thursday, Reza Aslan addressed Islamic violent extremism, saying "there is a cancer in the Islamic world." Acknowledging the necessity of military confrontation, Aslan explains the true nature of the extremist threat. 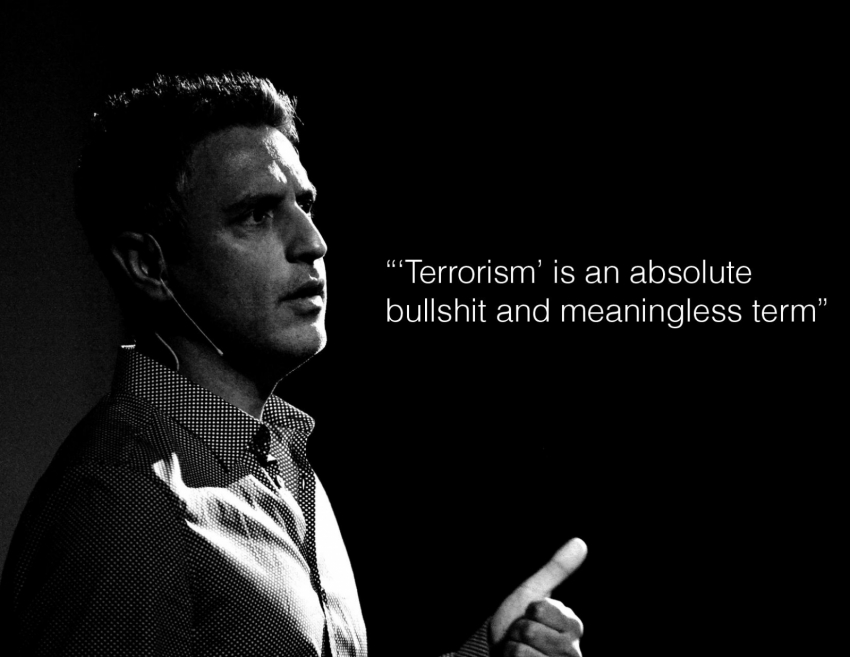 Just hours after an American Muslim gunned down four US Marines in Chattanooga, Tennessee on Thursday, Reza Aslan had harsh words for anyone describing it as a terrorist attack. 'Terrorism,' he said, is “an absolute bullshit and meaningless term."

Taking the stage before a standing room only crowd at the Indian Summer Festival in downtown Vancouver, the host of an upcoming CNN series on religion observed how rarely the term is used to extremist violence by anyone other than Muslims.

It wasn’t applied to Robert Doggart, for instance, a Tennessee man who set out, in the name of Christ, to shoot up and firebomb a Muslim mosque and school in upstate New York. Doggart was charged with making an interstate threat, not terrorism.

(Notably, despite the FBI's classification of the sovereign citizen Freemen on the Land movement as a terrorist organization, no Canadian media, police or political leaders mentioned terrorism when a heavily armed white supremacist member of the group recently killed an Edmonton police officer investigating anti-Semitic threats.)

But Aslan's real purpose on Thursday was delivering a crash course on politics, religion and violence in today's world.

Religion is more about identity than beliefs

“Religion,” says Aslan, “is far more a matter of identity than of beliefs and practices. Of course those are important, but your religion is linked to your politics, economic status, social views, nationality.”

For Aslan, all religious belief, whether Christian, Hindu, Jewish or Muslim, is conditioned by local and personal circumstance.

And there’s no denying the calamitous violence that grips Islam. Aslan himself calls it a  "cancer within the Islamic world.” But what's missing from Western debate, he says, is any understanding of the real causes. By an overwhelming majority, the victims of Islamic extremist violence are themselves Muslim. When ISIS slaughters 100 Muslims in an Iraqi town, their target isn't the West. Something else is going on.

For Aslan, what appears to Western eyes as simplistic “Islamic terrorism” is the manifestation of an intense struggle as both religious and secular nationalism are attacked by jihadism.

The 20th century saw the rise of secular nationalism, which then erupted into the most cataclysmic wars and revolutions in human history. Decades of unspeakable catastrophe were visited on humanity under Marxism, fascism, Stalinism, Hitler and other forms of secular government. According to Aslan, secular nationalism now faces declining global dominance for two reasons: it was foisted on former colonies by war victors, and globalization diminishes the significance of geography-based identities.

For Aslan, secular nationalism is now challenged around the world by the ascension of religious nationalism.

God is back. This can be seen not only in Islamic countries, but in the overtly Hindu nationalism in Narendra Modi's India and in ever-expanding settlements by Israeli extremists in Palestinian-held territories.

And in North America, evangelical Christians press hard to dominate the political arena.