Vancouver gasoline prices tied an all-time record $1.51 per Litre, prompting many to kick the tires on electric cars 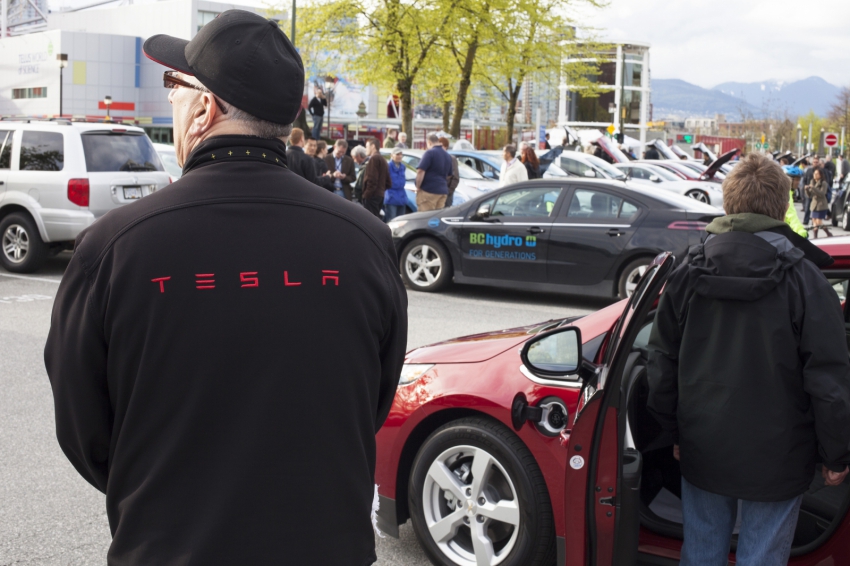 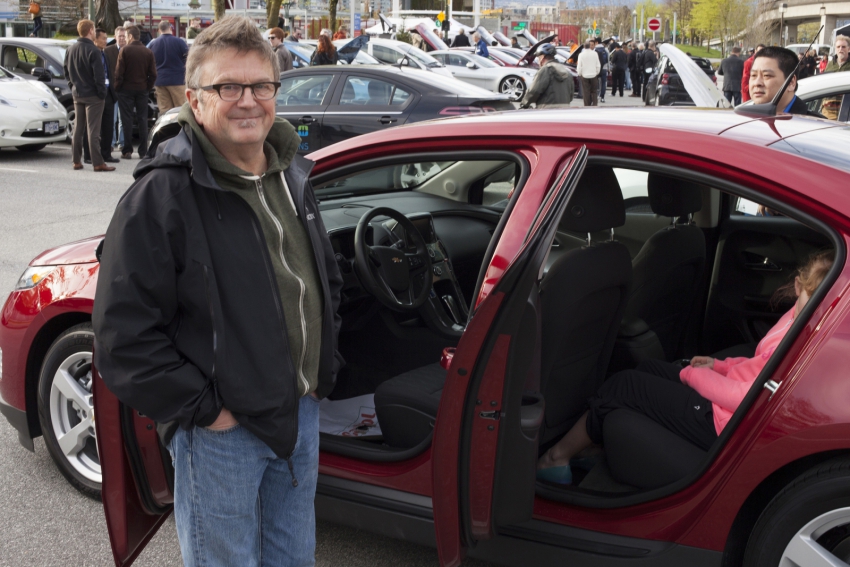 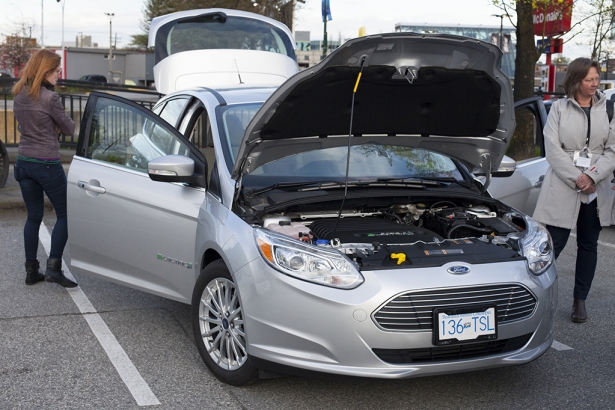 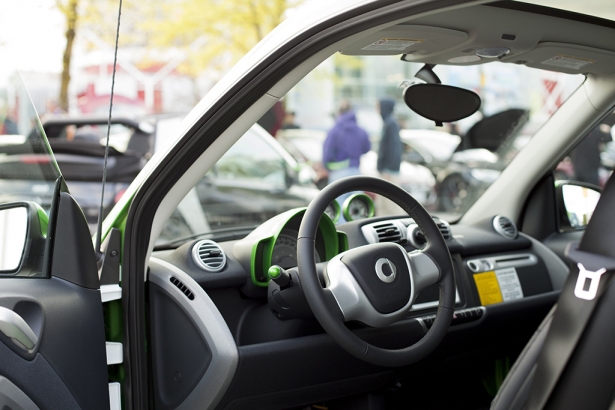 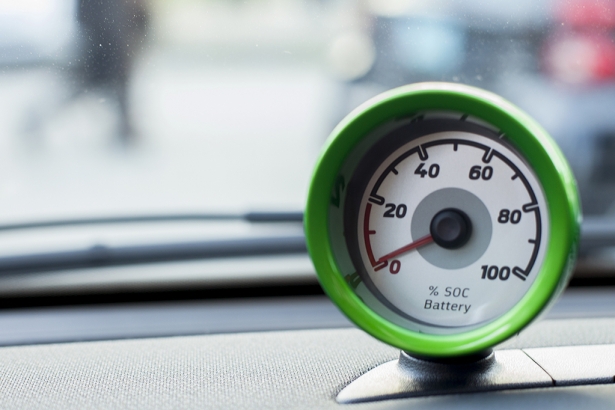 First image: Douglas Craik and his daughter (hiding her face) took a Chev Volt for a test drive at an electric vehicle event outside the Science Centre in Vancouver Thursday - Mychaylo Prystupa

Record-high gas prices and a fear of climate change charged up many of the 200 Vancouver-area drivers who came out to an electric vehicle (EV) showcase on Thursday night.

Many who showed up for the free test drives, said organizers, were trying to escape the shock of record gasoline prices.

"A large portion of the attendees were there to look at electric cars because of the high price of fuel, and the high price of operating their gas cars," said Bruce Stout, Director of the Vancouver Electric Vehicle Association.

"You save a lot of money.  You pay more [up front] for an electric car.  But you're buying all your fuel up front, is one way to look at it," he added.

Vancouver gasoline prices tied an all-time July 2008 record of $1.51 per Litre Friday at 2pm, according to GasBuddy.com.

BC Hydro says EV motorists save an average of $1,200 per year, versus owners of gasoline cars.

One Tesla EV owner said driving electric is like fuelling up for free.

“I come home every night, plug it in, and it’s full in the morning, and my hydro bill hasn’t gone up.  So I’m effectively driving for free, and the maintenance on these things is zero.  There’s literally 8 moving parts in the engine of this car,” said Horatio Kemeny.

“The environment is in dire straits here, and everyone paid a little more closer attention – we could all help reduce greenhouse gases, couldn’t we sweetheart?” as he looked down to his daughter.

Environmentalists have long said the mass adoption of electric vehicles is a key strategy for reducing oil consumption and the demand for tar sands bitumen.  B.C imports 80% of its gasoline, from Alberta and Washington state refineries, according to the province.

Craik tried out a Chevy Volt, which is a kind of "compromise" car.  It's a 100% electric vehicle, but has a small gas tank called a "range extender" that generates power for the engine if the battery runs out. 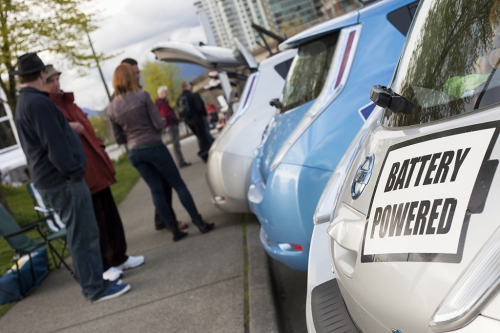 Nissan, Mitsubishi, Ford, Chevrolet, Tesla and BMV all had 2014 models on hand.  They ranged from super-affordable two-seaters to luxury sedans.

The Vancouver Observer confirmed these base model 2014 prices from local dealers:

The prices are down from previous years, though the province has ended its $5,000 Clean Energy Vehicle incentive.

The mass production of electric cars is a huge change from a few years ago, when enthusiasts had to convert their gas cars into electrics using mail-order hobby kits.

“Now you can get an electric car that’s been designed by an engineer, that comes with a factory warranty, that will give you three times the range as earlier efforts,” said Stout.

And range is a critical factor for many.

“It’s a price point and range.  I would love to get 200 kilometres per charge.  I don’t want that anxiety of range.  And if the technology is not up to that, I’ll wait,” said Craik.

BC Hydro notes that 95% of urban motorists use less than 30 kilometres per day. 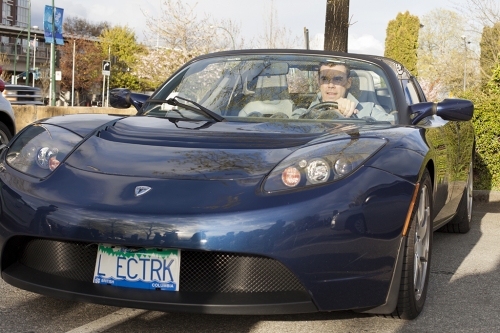