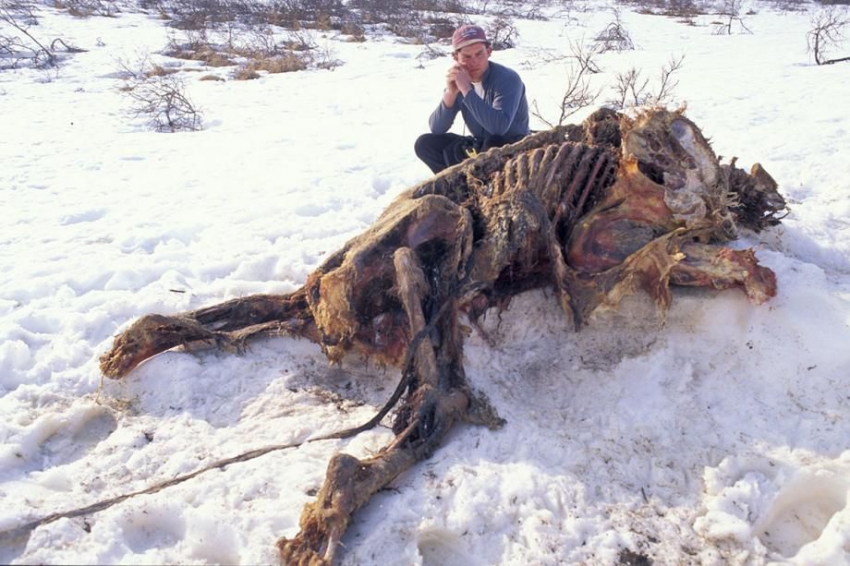 Trophy hunters who leave their grizzly bear kill to rot would no longer be on the right side of the law if a new bill proposed by the Green Party is approved by the B.C. legislature.

B.C. MLA Andrew Weaver said the action aims to "kill" the trophy hunting of grizzlies in the province.

“If this bill were to pass, it puts an end to [the] trophy killing of grizzly bears,” Weaver told the Vancouver Observer.

The sole Green Party representative in the legislature of 85 MLAs says the law would alter the Wildlife Act, such that licensed hunters who shoot grizzlies must now take home the "edible" meat.

He announced his proposal to a large crowd of more than one hundred hunters and citizens on the Victoria legislature lawn Monday morning before introducing it into the legislature.

Weaver said trophy hunters who merely cut off grizzly heads and paws would no longer be welcome in B.C.

He added that his bill is a “compromise" that satisfies both responsible hunters, as well as urban environmentalists and conservationists.  He cited a 2013 telephone survey research by Coastal First Nations.

“Ninety-five per cent of hunters believe you shouldn’t kill, unless you eat what you kill.  And the overwhelming — 87 per cent — of British Columbians don’t want trophy killing."

“It’s viewed as wasteful,” he added.

Weaver believes the bill may win over BC Liberals, who count on hunters in rural B.C. for votes. He believes thousands of hunters support this bill in spades.

But some conservation groups suspect the bill will not affect the trophy hunt of grizzlies that much.

“No, not one bit,” said Shannon McPhail with the Skeena Watershed Conservation Coalition in northern B.C., who grew up in a hunting family.

“That law already exists for every other game animal you can hunt,” she said, including moose or caribou.

“So if you’re a trophy hunter.. you go [shoot] a moose or a caribou. The guide outfitter tags all that meat to you. If you don’t take it home and eat it, the hunter signs it over to the outfitter who then owns that meat,” said McPhail who is from Hazelton, B.C.

She described a well-known northern outfitter who she said annually donates 4,000 pounds of game meat to the Salvation Army, shot by trophy hunters.

McPhail also noted that many grizzlies suffer from a parasitic disease called trichinosis that make the infected bears unhealthy to eat.

Incremental steps "in the right direction"

“There will be purists who say it doesn’t go far enough, blah-blah-blah. And there will be those who feel uncomfortable that it’s going anywhere,” said Weaver.

“But you have to take baby steps in the right direction."

The BC Wildlife Federation supports Weaver's proposed law and knows that the grizzly hunt upsets many people.

“This [new] restriction — because you have to utilize the meat, will certainly affect the overall rate of harvest of the grizzly bear. There was certainly a reduction in black bear harvest when similar regulation was put in."

“As an organization, conservation absolutely comes first. Where there are insufficient grizzly bears or whatever the species are, we believe hunting should not occur,” Martin added.

The Guide Outfitters Association of B.C. is still studying the bill, but says it is “absolutely supportive” of requiring meat removal from a grizzly kill site. It’s a position they’ve held for two years, said its executive director Scott Ellis.

"So it’s an extra trip, multiple backpack trips, using a horse or two. It could be extra flights, in and out. It’s something we do with all the big game species, so we have the infrastructure to handle that,” he said.

Coastal First Nations leader Art Sterritt said recently that the sight of dead grizzly carcasses is especially offensive to Indigenous elders, many of whom believe such a sight is bad lack.

“You’ve got this naked carcass. A bear that’s been denuded like that — they are so close to the physique of a human being,” he added.

Weaver also brought into the legislature a BC Wildlife Federation petition of 16,000 hunters opposing the recent hunting permit allocation changes, which gave guide outfitters a larger percentage of kill tags.