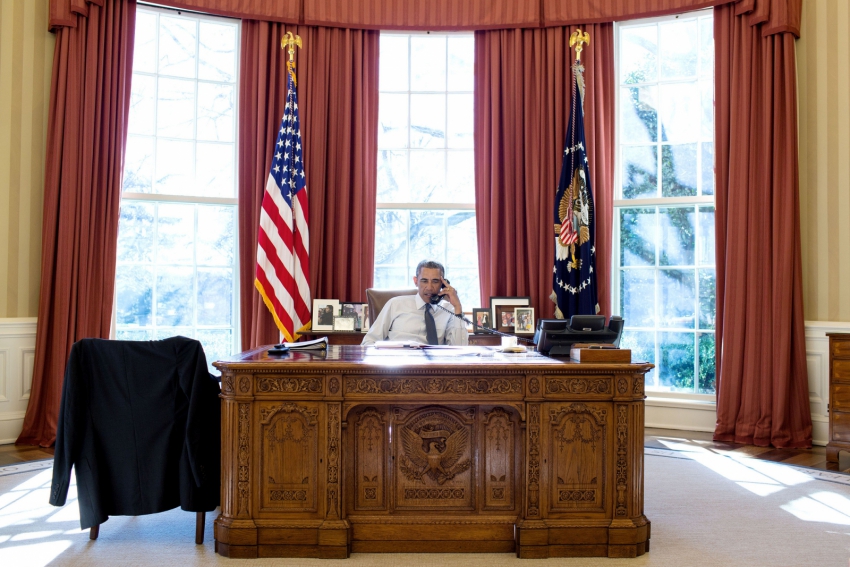 All eyes are on U.S. President Barack Obama, now that the Republican-dominated

House of Representatives voted 266-153 to approve the Keystone XL pipeline.

And in a split decision, the Nebraska Supreme Court just threw out a legal challenge by landowners against Keystone XL, which was one of the main reasons why the White House delayed a decision on the controversial pipeline.

President Obama promised on Wednesday that he would veto the Keystone bill if it ever came to his desk. Now, industry and activists on both sides of the Canadian border are watching closely to see if he will walk the tough talk.

Prime Minister Stephen Harper's office told the Vancouver Observer that the American people want the Keystone XL pipeline to be built, and that Obama is out of touch with public opinion. But as private intelligence firm Stratfor recently pointed out, Canada has much more to lose than their southern neighbours if the pipeline isn't built.

Keystone XL, proposed by Calgary pipeline giant TransCanada, would bring 830,000 barrels per day of diluted bitumen from Alberta's oil sands to refineries in the Gulf Coast. The pipeline, which was a key part of the Republican campaign for "energy independence" in the U.S., has been a lightning rod for criticism from environmentalists due to the fact that it would 'lock in' oil infrastructure for the next 30 years.

The pipeline would increase emissions by 100 million to 110 million metric tons a year, according to a study published in Nature Climate Change. The  emissions would be roughly equivalent to adding pollution from approximately 40 million cars or 55 new coal plants.

According to a recent study published in the prestigious Nature journal, 99 per cent of the crude in the oil sands must remain in the ground to keep the planet from warming beyond two degrees Celsius, the target scientists have set to avoid disastrous climate change.

"I didn't come here to do favours for TransCanada"

Although some Democrats openly support the pipeline's approval, a number of high-profile figures, including popular Senator Elizabeth Warren, have slammed the proposal, saying it only benefits Canada's oil companies.

“Who does this new Republican Congress work for? Foreign oil companies or the American people?” Warren said today. "(Keystone XL) is not about jobs, it’s not about energy. Why is this bill so urgent? The answer is power. Money and power. The pipeline might not do much for the American people, but it is worth a whole lot to the Canadian oil industry...I didn't come here to do favours for TransCanada.”

Warren questioned why the U.S. was rushing to pass Keystone XL, which would create a few thousand temporary jobs and 50 permanent jobs in total, when building highways would put far more people to work and fill an urgent need for infrastructure.

Keystone XL is, however, expected to bring benefits for some U.S. companies and investors. Koch Industries -- owned by Republican billionaires David and Charles Koch -- is poised to gain $100 billion if the pipeline is built, even though sinking oil prices now threaten that forecast.

Obama now "free" to make a choice on Keystone XL

Some observers say that both the House vote and the Nebraska court ruling actually help Obama clarify his stance on the pipeline.

The U.S. President has continued to remain neutral on the topic, despite heavy lobbying from the Canadian government to convince Obama that the pipeline was good for both countries' economy.

"In some ways, the decision is actually a win for pipeline opponents. Until the question about the route in Nebraska was resolved, the President said his hands were tied," 350.org spokesperson Jamie Henn said.
"Now that President Obama is free to make a final decision it's time that he reject Keystone XL once and for all. Doing so will send a powerful signal to the US, Canada, and the world that it's time to leave tar sands oil in the ground and make the transition to clean energy."
Read More:
Share on Facebook Share on Twitter