From Mark Marissen's point of view, it's obvious that Clark has not been influenced by the firm's former clients. 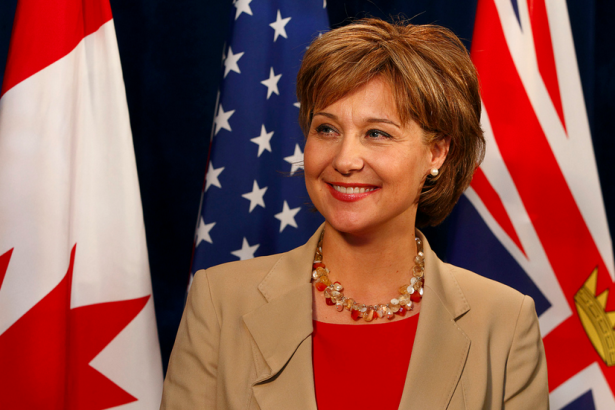 BC government photo of Christy Clark in July 2011

Last week The Vancouver Observer reported that before she was premier, Christy Clark worked briefly in 2006 for her then-husband Mark Marissen's company, Burrard Communications, in which she was a partner.

The small firm lobbied the federal government on behalf of its clients, who included BC Rail and TransLink, and Enbridge. Marissen lobbied on behalf of Enbridge starting in April 2005. A document from the firm stated that “Burrard worked on issues related to their Gateway Project," including "strategic communications advice and federal government relations. That "Gateway Project" was later to become the Northern Gateway pipeline proposal.

But both Clark's spokesperson and Marissen say she only worked for "10 or 15 billable hours" total at the company, and that Enbridge was no longer a client by the time she joined.  Clark and Maraissen divorced in 2009.

"Enbridge terminated with us in February 2006," Marissen told the Vancouver Observer on Friday.  "There's a report in Public Eye (from May 2006) that Christy joined when [Burrard Communications consultant who worked on the Enbridge file] John Paul Fraser left. That's a matter of public record."

Federal government lobbying records say that Burrard Communication's work with Enbridge lasted until December 2006. But Marissen argues it was due to errors in the lobbyist registry website's data.

He also said that while the federal lobbyist registry shows that the Enbridge lobbying  happened while the company was based in the Clark's Port Moody home, he had actually moved the business to an office around that time.

From Marissen's point of view, it's obvious that Clark has not been influenced by the firm's former clients.

"Quite frankly, whether someone was a client (of Burrard Communications) or not wouldn't determine her views," he said. "I think it's pretty clear her position hasn't influenced her view. I don't think she could be clearer."

Clark, in fact, remained neutral publicly about the Northern Gateway proposal until around July 2012, when she told Postmedia that the pipeline would pose a "very large risk" to BC for a limited benefit. By that time, public awareness of the project had grown, as well as opposition.

Even though she hired former Enbridge lobbyist Ken Boessenkool as her chief of staff earlier that year, she later started speaking publicly about protecting BC's coast from the risk of bitumen spills, posed by Northern Gateway.

She publicly stated that the BC government was against the proposed pipeline in May 2013 and  gave a speech in Calgary about "five conditions" that all companies -- not just Enbridge -- must meet in order to move heavy oil through the province.