"No pipelines will cross our territory. We will protect our territories," said Gitxsan leader Norman Stevens at a northern LNG meeting. 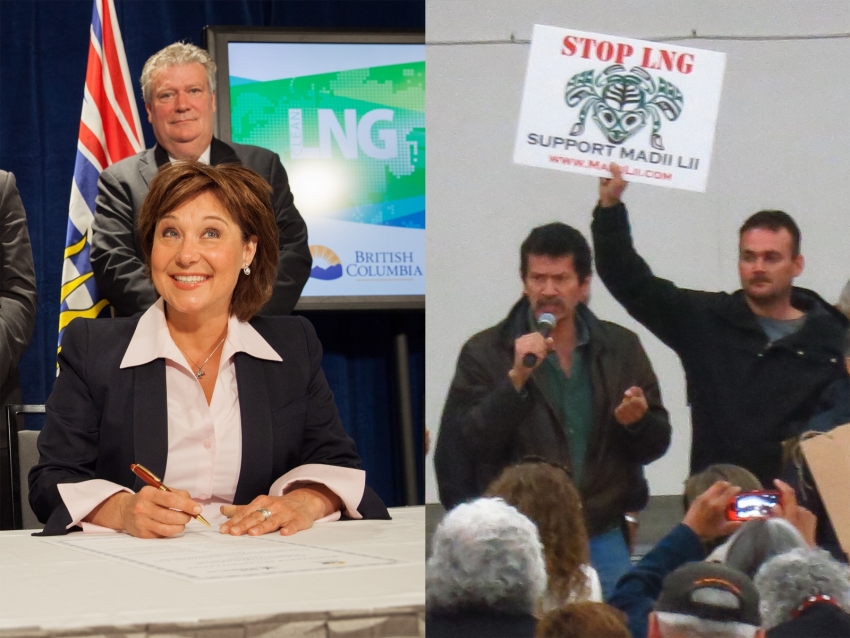 Call it a tale of two LNG solitudes.

“The premier smiles into the camera as hard as she can to portray that everything is going great. How can you trust that? There is a battle that’s going to be fought, and this is just the start,”  Gitxsan house (Spookw) spokesperson Norman Stevens said.

The northern drama occurred in a community hall in Kispiox Village near Hazelton, B.C., where an LNG industry information session was underway. “No LNG” signs are posted widely in the area, according to residents —on backyard fences, house windows, and in gardens.

About 150 people, who were reportedly offered cash honorariums, came to hear about the benefits of the multi-billion dollar LNG push.

The area’s Gitxsan First Nations territory is key land along the TransCanada pipeline. The pipeline would pump fracked natural gas from the province’s northeast to Petronas’ Pacific NorthWest LNG plant on the coast.

The event's keynote speaker, Gordon Wilson, the former Liberal leader hired by the Clark government to spread a positive message about LNG, was interrupted by two dozen people who overwhelmed the front of the room.

Stevens told the crowd to reject the LNG push.

"And a few of the so-called directly impacted chiefs are just going to stand up and say, 'No, just give me the money.' It is not right, it is embarrassing our nation. This is not how we secure our future,” he bellowed.

The controversy comes just days after Lax Kw’alaams voted unanimously to reject a $1-billion deal to consent to a Petronas LNG plant in Prince Rupert for the next 40 years. 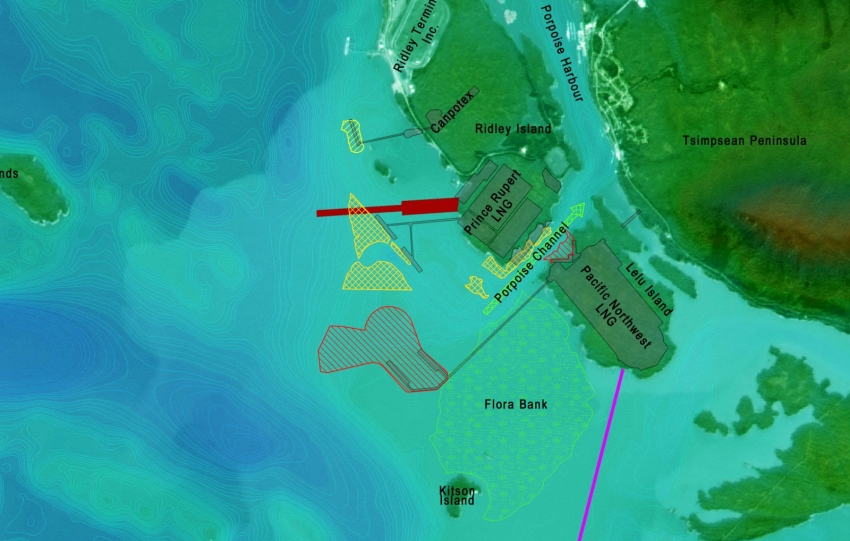 The main concern for the Gitxsan is the proposed Lelu Island export terminal would be on top of ecologically sensitive Flora Bank juvenile salmon rearing habitat, crucial to salmon runs for the entire Skeena River watershed. Stevens opposes that and the pipelines that would bring it gas.

The premier acknowledged the recent rejection by the Lax Kw’alaams, but said the band would eventually come around. She said the Lax Kw'alaams' marine concerns would be dealt with in a pending federal environmental review.