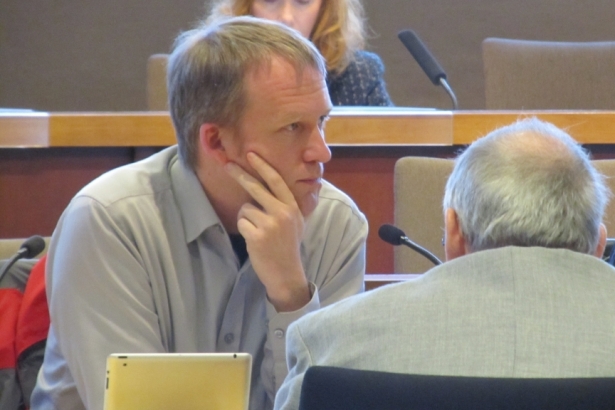 A Port Moody city councillor involved in the defeat of a waste-to-energy incinerator in 2008 is again asking tough questions about Metro Vancouver’s plan for a half billion dollar incinerator.

“We need to have as much information as we can get to make an educated and informed decision, and then feel confident (it’s) the right decision,” says Rick Glumac. “And right now, my confidence is relatively low.”

Glumac brought his questions to a meeting of Metro Vancouver’s Zero Waste Committee on Thursday. The meeting discussed, among other items, the proposed $480 million waste-to-energy incinerator proposed for the region. Glumac says there are far too many unanswered questions about the incineration business plan, especially when it comes to the both the amount of material that will be fed into the incinerator each year, and the composition of that material.

Glumac says when the business plan for the new incineration was originally passed in 2010, the assumption was that 370,000 tonnes of waste would be required to operate the facility. Since then, however, Glumac says there have been advances in technology that allow modern ‘material recovery facilities’ (MRFs) to pick through what would normally be burned, then pull out materials with value.

“A single MRF can take 200-300,000 tonnes of waste per year. That’s a significant change, and we need to put the business plan through a risk analysis,” Glumac told the committee.

Glumac tried to defer a section of a report dealing with the incinerator capacity until a more updated business case could be presented, but his motion was defeated in a vote.

“This is not about revisiting the decision,” committee member and Burnaby mayor Derek Corrigan said.

“The decision will be made by the (Metro Van) board and we are operating under the board. Some may see this as an opportunity to review the decision. That’s not in the cards.”

In an interview with The Vancouver Observer after the meeting, Glumac said recycling options need to be considered before committing to spend $480 million on an incinerator. He says cities like San Jose are reaching 72 per cent diversion of their garbage by using MRFs, and it’s something Metro Van should be seriously taking into account before signing a contract with an incineration company.

”I’m trying to do my job,” says Glumac.  “We need to make decisions based on good information and we need to have an understanding of risk. To me it’s not unreasonable and is the mandate of members of the committee to ask for this information.”

This isn’t the first time Glumac has asked tough questions about incineration. In 2008 he was involved in a Port Moody committee that examined a proposed waste-to-energy incinerator for that city. After months of analysis and public input, city council unanimously rejected the plan. 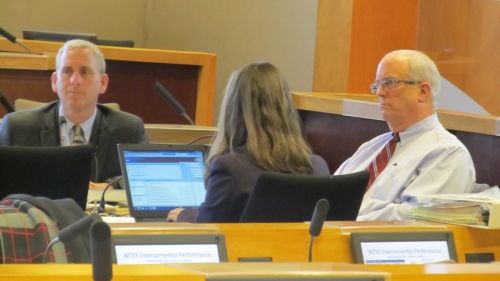 “We will always be double checking out thoughts and plans and making adjustments as necessary," he said. "If it proves that our efforts are successful over the years after we have built in the 370,000 tonnes of waste or whatever it happens to be, if in the ensuing years we find that we have more capacity than we need, then the (existing) Burnaby incinerator will be 35-40 years old, and we can always scale that back.”

The existing Burnaby facility is in three sections, and can be scaled back if there was not enough feedstock (garbage) to keep it operating at maximum efficiency. But the question remains whether that would make sense from an economic point of view.

Brodie says if future recycling innovation results in a reduction of material normally sent to the incinerator, then cutbacks can always be made at the Vancouver landfill in Delta.

For now, however, the plan is going to be moving straight ahead, he said.

“We’re not re-examining the fundamental decision which has been provincially approved to use waste-to-energy, but there have been many adjustments in the plan, such as Bylaw 280 (waste-flow control), the use of MRFs within that bylaw, so we are constantly fine tuning and adjusting our plans as we need to do.”