Pixies still have their old magic 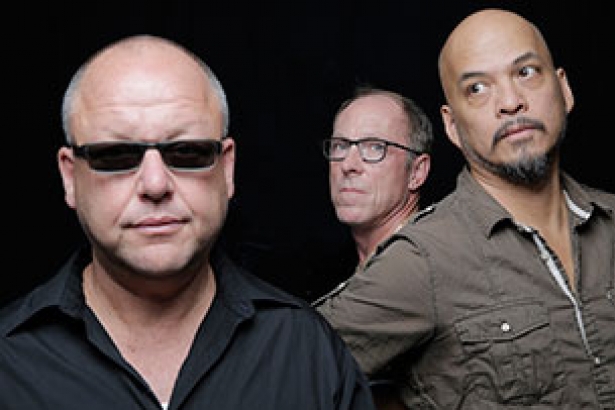 After disbanding in 1993, the Pixies dusted off their wings and various instruments and reunited 11 years later in 2004. Late last year, they were dealt a blow when bassist and founding member Kim Deal quit the band. But, like legends and true professionals, Pixies carried on. They were smart to recruit a female bassist as it kept their overall sound relatively the same. Not only did they find a female bass player, they found one of the best in the business: Paz Lenchantin. Who is she you ask? Only a woman who has played with A Perfect Circle, Zwan, Melissa Auf De Maur, The Chelsea, Brightback Morning Light, Silver Jews, Entrance, and Trust Company, as well as collaborations with Jenny Lewis, Queens of the Stone Age, Jarboe, Kaura, Josephine Foster, and Ashes Divide. She also has two solo albums. Clearly Black Francis & co know how to pick replacements.

There is a reason Pixies are considered legends. The moment they stepped on the stage, they were greeted to an instant standing ovation, and the seats at the Orpheum were bum-less for most of the night. These three men and one lady were adept at almost any musical style, swiftly transitioning between rock, surf, noise, folk rock, rockabilly, grunge, prog rock, metal and psychedelia. Many of their songs also have strange themes such as incest, extraterrestrials, biblical violence and surrealism. As frontman, Black Francis isn’t one for talking and interacting with the crowd, preferring to let the music speak for itself; and why not, some people just aren’t talkers. And the music did speak for itself – the audience was hooting and hollering all night.

They are also technicians and both Joey Santiago and Black Francis showed off their finger picking skills throughout the night. David Lovering’s drumming was infused with soul and passion and kept the band grounded with a steady rhythm off beats and crashes. He also got his own moment to shine in what had to be my favourite night of the show. Sure, he had a few drum solos, but during one number, he sang lead and finished the song a cappella. He’s got some chops.

Even with legends however, there are low points. Perhaps the most bizarre came during the encore. For absolutely no reason at all, lead guitarist Santiago engaged in a five-plus minute showboating exercise, which consisted of him walking to the centre and presenting himself various ways a number of times before going back and doing the same thing with his guitar. It was utterly pointless and a complete waste of time. (I could have beat the skytrain rush). Also, I feel those who showboat come off as arrogant and Santiago definitely seemed like an egotistical schmuck for those five or so minutes.

Also, as this was the Orpheum and a (predominantly) adult and professional crowd, I was slightly disappointed to see a smattering of camera phones throughout the night. I say only slightly because the number were far less than what I have seen at other places such as the Commodore and Rogers Arena, and also it’s a legendary band at a large venue so I can understand the need. However, I still have the opinion that concert memories should live on in the mind at writings such as this.

As someone who knew of the band, but not any of their songs, I thoroughly enjoyed my experience. I even started moving in my seat, almost unconsciously as if I was on acid or some other mind-altering substance. I generally don’t move at shows as like to be as impartial and objective as possible, but sometimes the urge is undeniable and irresistible. Follow the impulses as my movement teacher would. All in all, a fine, fantastic show.

Their latest record, EP2 – their second in a series of EP projects – was released on January 3rd.