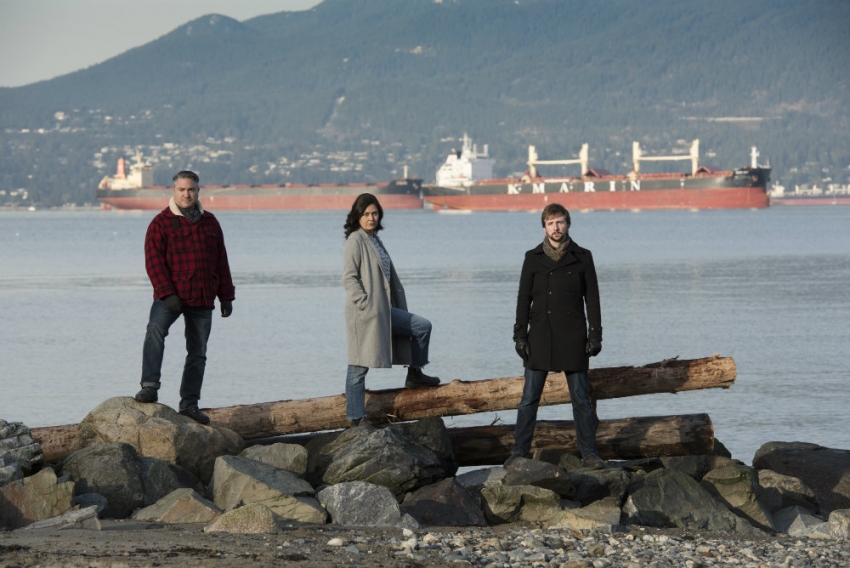 "The Pipeline Project," a play based on the complex debate around the Enbridge Northern Gateway pipeline proposal, has picked up five Jessie Award nominations, which celebrate professional excellence in Vancouver's theatre scene.

The play, directed by Chelsea Haberlin of ITSAZOO Productions, was inspired by ‘Extract’, a book published by Vancouver Observer on the Enbridge Northern Gateway pipeline conflicts in B.C.. The play features Indigenous actors Kevin Loring and Quelemia Sparrow and Sebastien Archibald, who also wrote the script.

The play explores the environmental and community impact of a possible oil pipeline from Alberta's oil sands to B.C.'s northern coast, and the dependency people have on oil to maintain their modern lifestyles.

Haberlin said she was most excited by the nomination for Outstanding Innovation of Audience and Community Engagement or Social Justice.

John Cooper, associate director of "The Pipeline Project," said he was happy that the happy that the voice and efforts of the group are being recognized and appreciated.

Cooper said he hoped Indigenous voices, which were a major part of "The Pipeline Project", were fairly represented in an authentic manner through the script.

"My role is to listen, especially to those who live the impact of race, not just muse about it. Listen with my heart, not just my mind," Cooper said.

"I believe that in this piece, that the First Nations voices offered to speak and I had the privilege of listening and learning. I believe that this was true for the other non-First nations artists involved. I am hopeful that this was true for others who witnessed the production. And for those First Nations people who attended, I hope that they felt their voices were also being heard.

"May these voices be of benefit to all, and importantly so in the discussion of fossil fuels and how we choose to live."