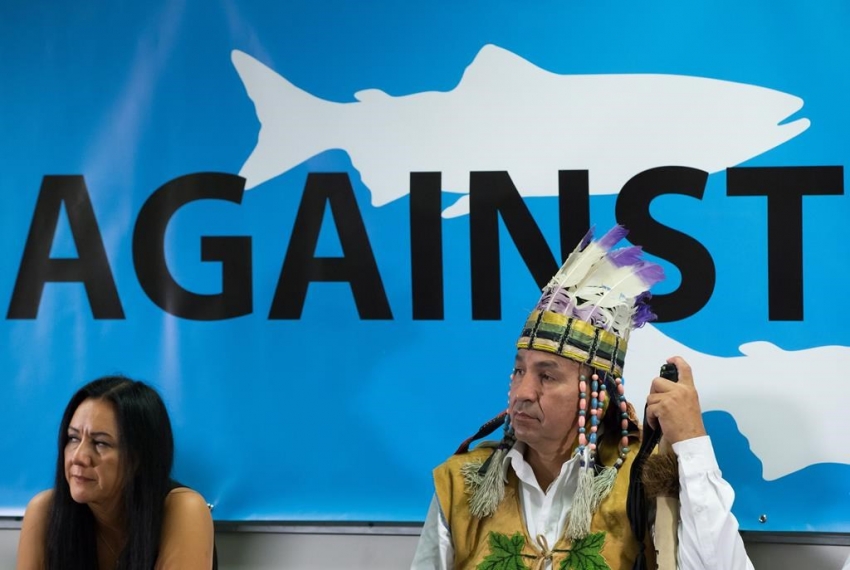 VANCOUVER — First Nations fighting to block the Northern Gateway pipeline project say a long-awaited court hearing that began Thursday will set the tone for aboriginal relations with the next federal government.

Eight indigenous bands, four environmental groups and a labour union are in Vancouver's Federal Court of Appeal trying to overturn the government's approval of the $7-billion plan to ship diluted bitumen from Alberta's oilsands to British Columbia's coast.

"Our people have reached a breaking point, there's no question about that," he said.

"I absolutely pray that we elect a national government that has a better national vision for this country, that's more inclusive and more respectful of what the indigenous peoples are attempting to tell this country."

The bands argue the Joint Review Panel, an independent body mandated by the National Energy Board and federal environment minister, failed to adequately consider environmental threats or consult with First Nations.

Acting on the panel's recommendation, the government approved the project in June 2014 with 209 conditions, including the development of plans for caribou habitat restoration, for marine mammal protection and for oil spill modelling.

Jennifer Griffith, a lawyer for the Haisla Nation, told the three-judge panel that the proposed pipeline route — running parallel with the Kitimat River to a terminal in Kitimat in B.C.'s North Coast region — puts the nation at serious risk of a spill.

"The importance of the Kitimat River to the Haisla Nation cannot be denied," she said. "It is demonstrated by the decades of effort Haisla has put into ending the pollution of the river."

Griffith said the government has accepted in court documents that it has a duty to consult with First Nations, but didn't provide the "deep consultation" with all aboriginal applicants as it claimed.

Lisa Fong, representing the Kitasoo Xai'Xais and Heiltsuk Nations, outlined "missing information" that the Joint Review Panel should have produced as part of a meaningful consultation.

She said the panel did not require Northern Gateway to provide detailed models showing how a tanker spill would affect the nations' waterways on B.C.'s central coast.

A lawyer for the Haida Nation, whose traditional territories encompass the remote Haida Gwaii archipelago, told court the government's approval of the project may violate reconciliation agreements.

Terri-Lynn Williams-Davidson said the agreements, negotiated by the Haida with Canada and B.C. over decades, created collaborative management of the land and marine environment.

"At issue in this judicial review is whether Crown commitments to reconciliation with the Haida Nation will be reduced to mere puffery, an exercise in public relations lacking substantive content."

Haida Nation council president Peter Lantin said outside court that the government had jeopardized years of work towards building a strong relationship. He criticized the panel's environmental assessment.

"Haida Gwaii is a unique ecosystem. It's a beautiful place on earth that deserves protecting."

Some First Nations leaders vowed to stop the pipelines regardless of the outcome of the hearing, which is expected to conclude Oct. 8.

"We're asking the court to side with us, but under no circumstances will that project ever be allowed in Nak'azdli territory," said Pete Erickson, a hereditary chief with the Nak'azdli Nation.

"I'm not leaving this fight for my children."