All photographs by Parisa Azadi 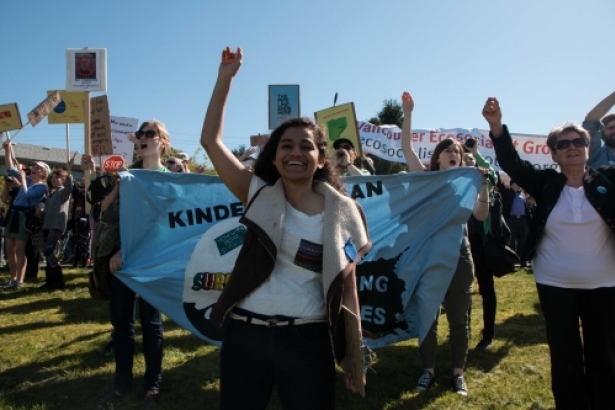 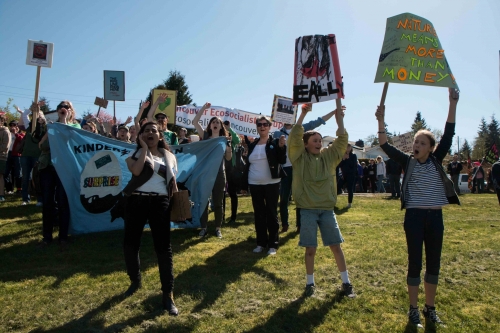 "The pipeline proposal will have a negative effect on the lives of the people in the community. This event is about creating solidarity with the community.The whole argument is if we can to mobilize on a local level,  we can channel that energy to create a lasting change. It's great to see everyone together fighting for something they care about." Sarah Munawar - UBC student (Left) 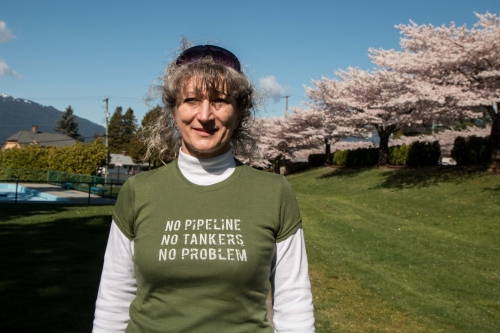 "It's pretty clear about how people feel about the Kinder Morgan pipeline. There should be no pipeline going through the neighborhood. I believe strongly in the people's permission. The company may have a OK from the government but without the people's permission, it can't go through. If something like this goes through without the people's  permission then that is not democracy That is the opposite of democracy and we don't have that in Canada and nor should we move towards that." Susan Jeffery (Burnaby resident) 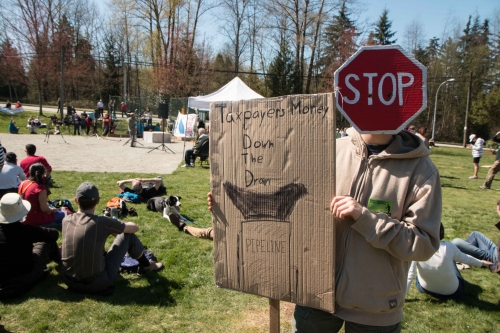 The procession followed the existing and proposed oil and gas pipelines, "mapping" them as they cut across the City of Burnaby. It began with an opening ceremony in Forest Grove Park. 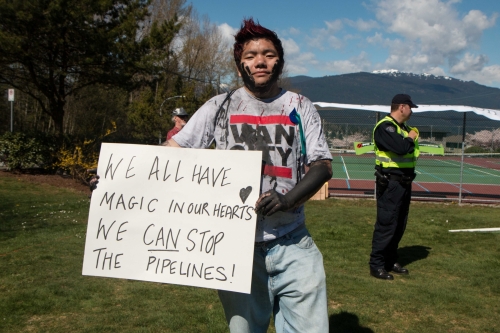 The walkers  followed the existing Kinder Morgan pipeline route heading west, stopping briefly for a rest in Squint Lake Park, before winding their way north to where a rally took place at  in Westridge Park. 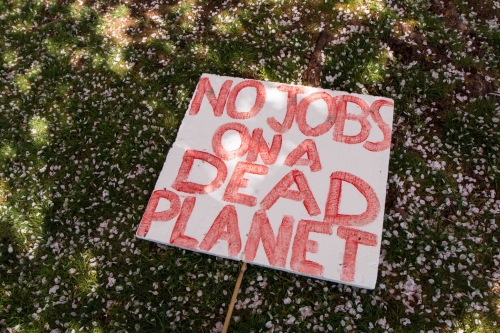 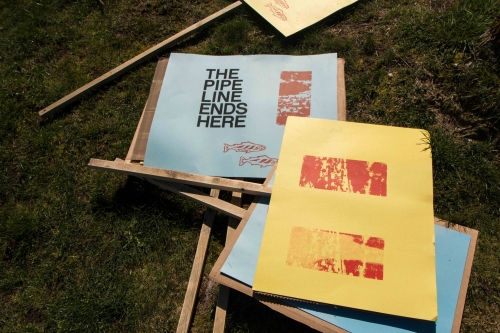 The rally  featured music, speakers, poetry, comedy and more. From there the procession concluded it's journey to Westridge Marine Terminal, the end of the line for tar sands shipments before they are put on tankers and sent abroad, where a "flotilla" of boats, canoes and kayaks organized by North Shore NOPE was visible on the Burrard Inlet. 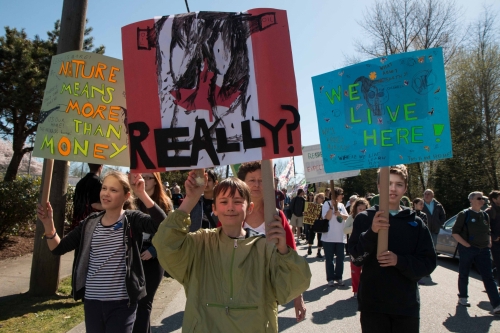 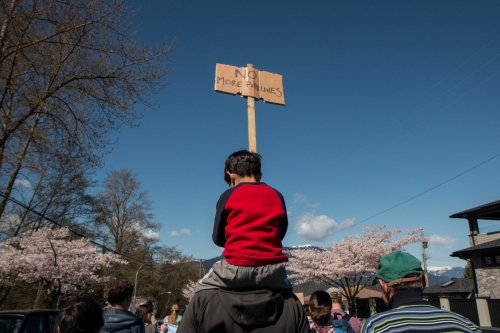 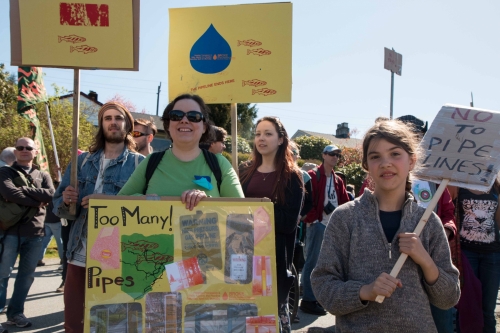 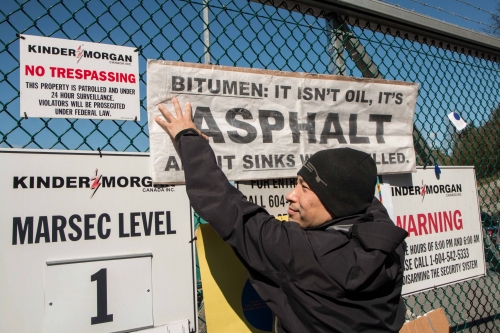