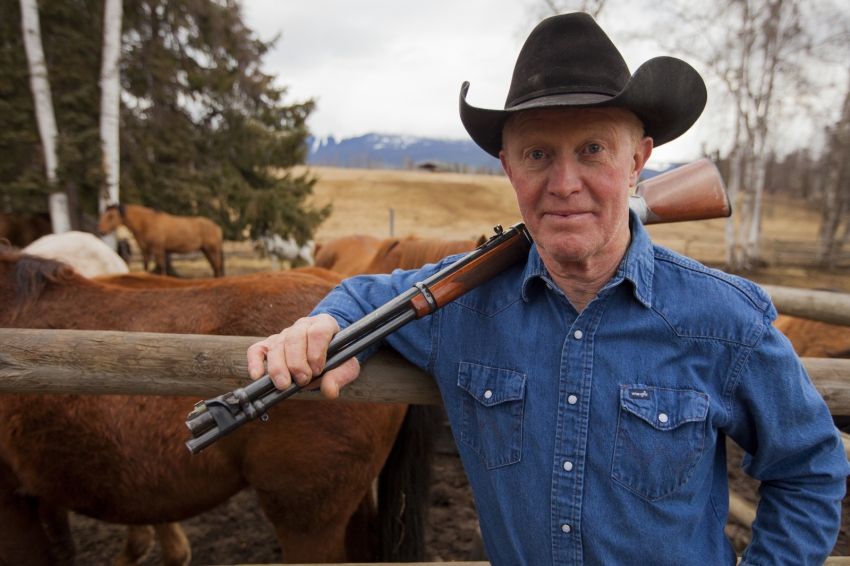 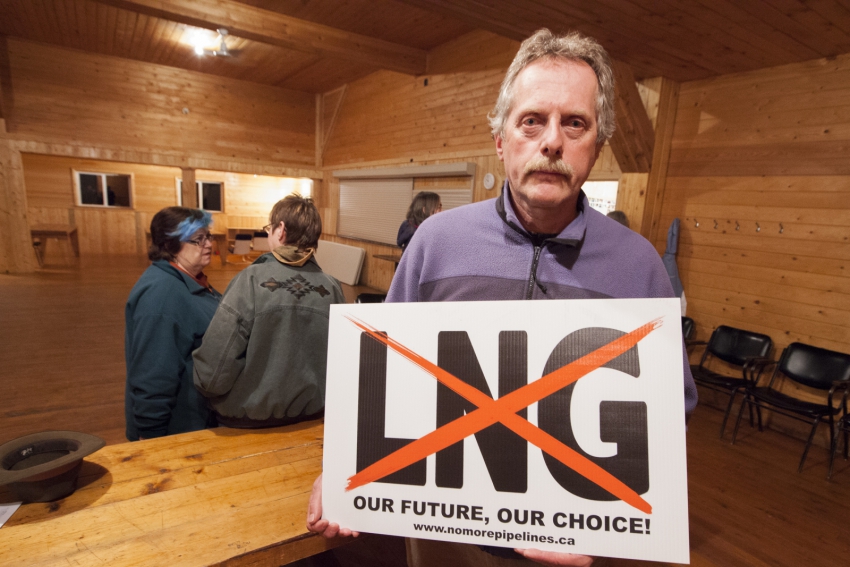 In the Kispiox Valley 1,000 km north of Vancouver, where “No LNG” lawn signs seem to be everywhere, rancher Gene Allen had strong words for TransCanada pipeline contractors. The crews showed up on the riverbed near his $2-million lodge yet again to scope out pipeline drill work, despite his repeated requests for them not to return.

“I told him, ‘Over my dead body [you’d] ever put a drill pad in there,'” Allen recalled telling them last month.

“I just said, ‘You might as well take your papers and leave, because you can’t convince me of anything you’re doing is right,’" he said, in a recent interview with the Vancouver Observer on a mountainside near Hazelton, B.C.

Allen, who is described as "a pillar of the community” by an Oil and Gas Commission official who didn’t want to be named, opposes LNG on environmental grounds. 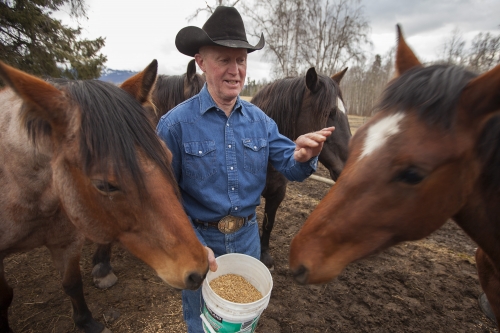 The business owner, who once raised 200 rodeo horses, said his objection is not only that the $5 billion pipeline would cross the Kispiox River within view of his Bear Claw lodge that attracts European and American sport fishers and hunter— and not that the 900km pipeline would cross hundreds of other rivers to pump billions of cubic metres per day of fracked gas from the northeast to the coast.

What really bothers him, he says, is how fast the LNG industry is moving in, and how little control local residents seem to have on this massive industrial push. Many here are ranchers, farmers, loggers, fishers and guide outfitters, and they don’t want what they see as their sustainable way of life destroyed.

“I’ve worked in oil and gas. It’s a boom-and-bust deal. It’s not sustainable. The sports fishing industry is sustainable, the food-fishing for the First Nations is too. That’s their life blood.”

“If this goes through – kiss it goodbye,” said Allen.

Construction of three new multi-billion dollar pipelines, by TransCanada, Altagas, and Spectra Energy, could soon slice the wilderness near his home.

But that’s not all.

The Clark government is entertaining a jaw-dropping 19 LNG proposals in British Columbia: six pipelines, 13 LNG export terminals. The Ministry of Natural Gas Development says if five of the terminals are built, $178 billion in investment will be attracted. 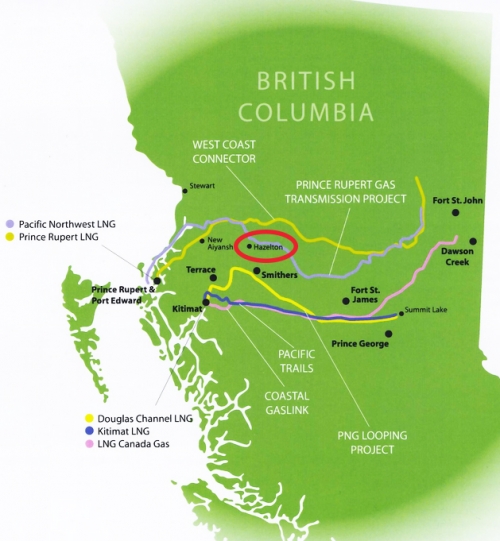 LNG proposals map with Hazelton and Kispiox Valley indicated by a red circle.

LNG industry summits seem to be every other week, flying in high-profile delegates from Malaysia, Korean and Japan. Next week, Shell Oil Company will fly in its President to a Vancouver LNG summit, for example.

Allen fears this LNG push will result in the destruction of the pristine wilderness country of the Skeena where his family has lived for generations since 1905.

“Let’s fast-track everything for oil and gas – for what?  So we can export it to another country?" said Allen.

Historic industrial transformation of northern BC

He believes northern B.C. will soon see the largest industrial transformation it has ever seen via a massive LNG complex, with thousands of frack pads stretching from the northeast to the coast, and export terminals in Prince Rupert and Kitimat.

He and his neighbours also suspect the connecting natural gas pipelines could eventually be converted to bitumen oil transport, as they have in other parts of Canada. None of the proponents state that this is their intention.

Several First Nations, including Gitxsan and Wet’suwet’en hereditary chiefs, have spoken loudly against what they call the fast-tracking of these projects, and have staged protests and roadblocks and told drillers to leave.