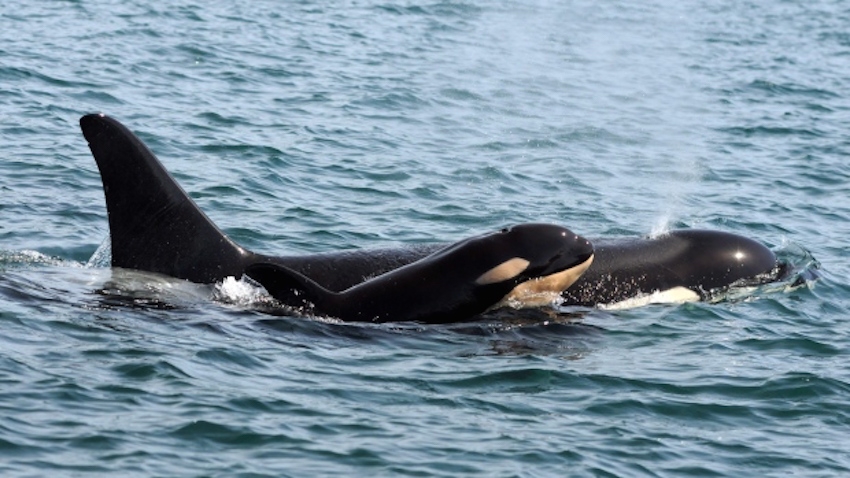 VANCOUVER — Scientists say the newest member of an endangered population of killer whales that travel the waters off British Columbia and Washington state appears to have died.

J55 was first documented swimming with a pod of southern-resident killer whales on Jan. 18 in Puget Sound, along the northwest coast of Washington state.

The calf was not seen again during a sighting of the pod in the Strait of Juan de Fuca on Jan. 19 and another sighting on Feb. 25.

Deborah Giles of the Center for Whale Research says the loss of any calf is a blow to the struggling population, but it's not entirely surprising because up to half of newborn orcas do not survive their first year.

The endangered southern-resident killer whales are currently having a baby boom, with more than eight new calves born over the last year.

NOAA biologists use drone to capture images of endangered orcas, track their health