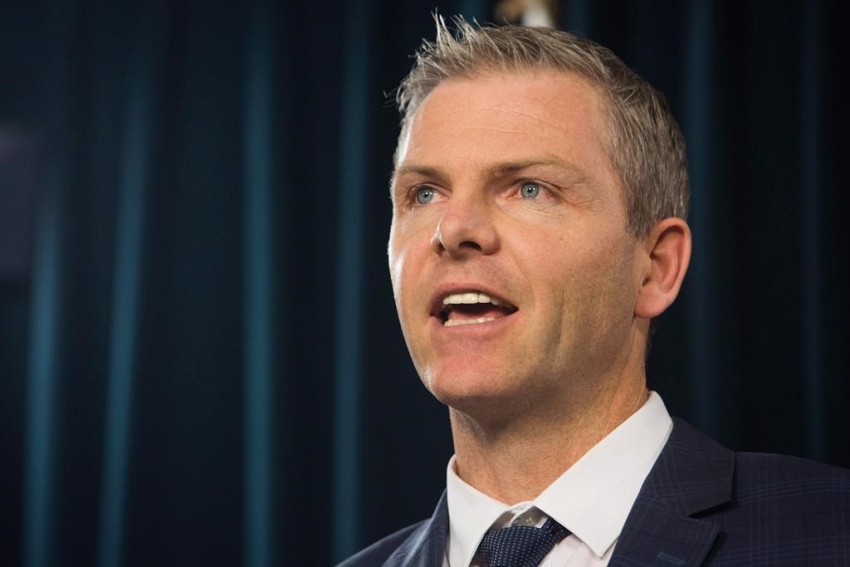 Tim McMillan, CEO of Canadian Association of Petroleum Producers (above) says Canada's pipeline gridlock is harming its global reputation as an attractive place to invest in oil and gas projects. Photo courtesy The Canadian Press.

Canada's pipeline gridlock is harming its global reputation as an attractive place to invest in oil and gas projects, says a leading industry group.

"We may see some or a lot of that capital that would normally come to Canada going other places and to the U.S., who is targeting it," McMillan told The Canadian Press in an editorial board meeting.

"We should be looking at how we position ourselves to have the regulatory framework that we desire and the outcomes we want, but to do it in the most efficient way we possibly can."

The incoming U.S. president has declared he will centre resources in his economy and lift barriers to development. Many in Alberta's oilpatch have expressed concern that Trump will make it harder for Canada to compete for global investment.

Canada has seen many major pipeline projects stalled for the better part of the last decade, with Northern Gateway scuttled by the courts, Keystone XL rejected by U.S. President Barack Obama and protesters gearing up to battle the expansion of the Trans Mountain pipeline if it's approved by the federal government in the coming weeks.

The petroleum association represents the companies that produce about 85 per cent of Canada's natural gas and crude oil. Representatives from Canada's Oil Sands Innovation Alliance and the Canadian Energy Pipeline Association also participated in the meeting with The Canadian Press.

McMillan noted that there was potential for Trump to reverse Obama's decision on Keystone XL. But otherwise, the U.S. election should be viewed as a "call to action" for Canada, he said.

He said Canada's reputation has slipped in recent years to one where companies aren't as confident as they once were that projects will be built in a timely way. The National Energy Board process has taken longer than expected on major projects, and court challenges must be dealt with efficiently as well, he said.

"Canadians have an expectation that we have a world-class regulator that bases decisions on science, on engineering, on geology, and also on community engagement," he said.

"If that's our outcome that we want, that doesn't mean we shouldn't have an efficient system."

He added that Canada is not only competing with the U.S. but with Nigeria, Venezuela, Saudi Arabia and Iraq.

Trudeau's cabinet is set to make a decision on the $6.8-billion Trans Mountain expansion before Dec. 19. Kinder Morgan Canada president Ian Anderson has said the company first started to conceive of the project in 2005 and, if approved, the earliest it will be complete is the end of 2019.

McMillan said he was "quite confident" the federal government would approve Trans Mountain because it has gone through the rigorous process set out by the energy board, which recommended approval with 157 conditions.

A recent rally in Vancouver against the pipeline expansion drew thousands of people and environmental groups have held workshops on how to protest the project. Companies are prepared for opposition, said Patrick Smyth, vice-president of safety and engineering for the Canadian Energy Pipeline Association.

Smyth said companies under energy board oversight have security management programs that identify hazards and ensure there is mitigation in place.

"Whatever happens as a result of decision taken by government, our member companies are going to be able to respond to it accordingly," he said.