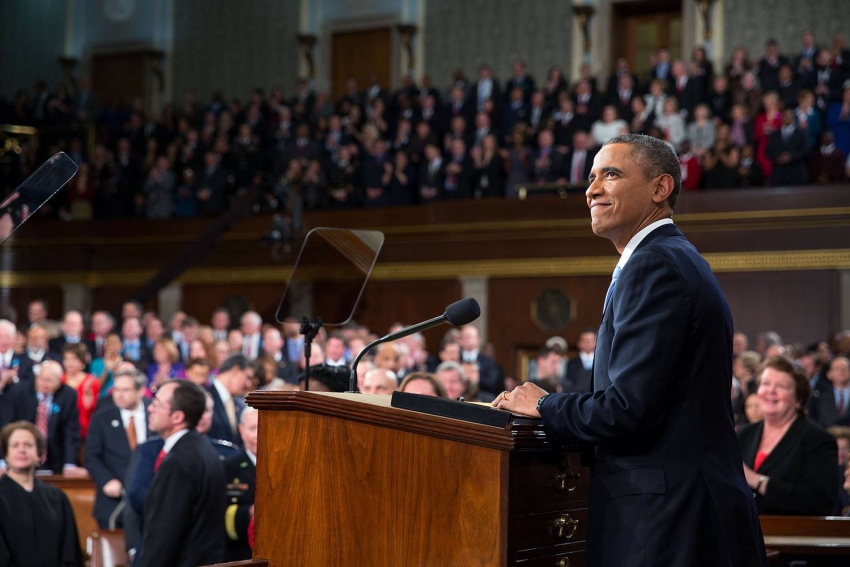 He didn't mention the pipeline by name, but U.S. President Barack Obama clearly referenced Keystone XL in his State of the Union speech tonight.

“Democrats and Republicans used to agree on this. So, let’s set our sights higher than a single oil pipeline.”

Obama argued for "a bipartisan infrastructure plan that could create more than 30 times as many jobs per year and make this country stronger for decades to come."

Responding to Obama's State of the Union address, 350.org executive director May Boeve said in a news release:

"Tonight's speech puts wind in the sails of Keystone XL opponents....he said we need to think beyond a single pipeline, and made a strong case for developing sustainable, clean energy sources like wind and solar. The President is clearly beginning to think about his climate legacy, and he clearly understands that it depends on rejecting Keystone XL."

TransCanada spokesperson Shawn Howard said the company agrees with the President about the need for 21st century infrastructure, but that their pipeline is also part of it.

"Keystone XL would set the gold standard for a safe and reliable 21st century pipeline.  And like the modern ports and stronger bridges the President talked about last night, Keystone would be built by American men and women who rely on the thousands of temporary jobs these large-scale projects provide," he said, saying the pipeline would generate 42,000 jobs. Some critics have said this number is inflated, and the Cornell Global Labour Institute said the pipeline could generate as few as 50 permanent jobs.

"Let’s remember the review process for Keystone XL is now into its seventh year, more than triple the time it should take for an energy infrastructure project like this one.  The State Department has exhaustively reviewed the project time and again, concluding the project would have minimal impact on the environment," Howard said.