The NDP are calling out Kootenay-Columbia MP David Wilks on his "unacceptable" comments. 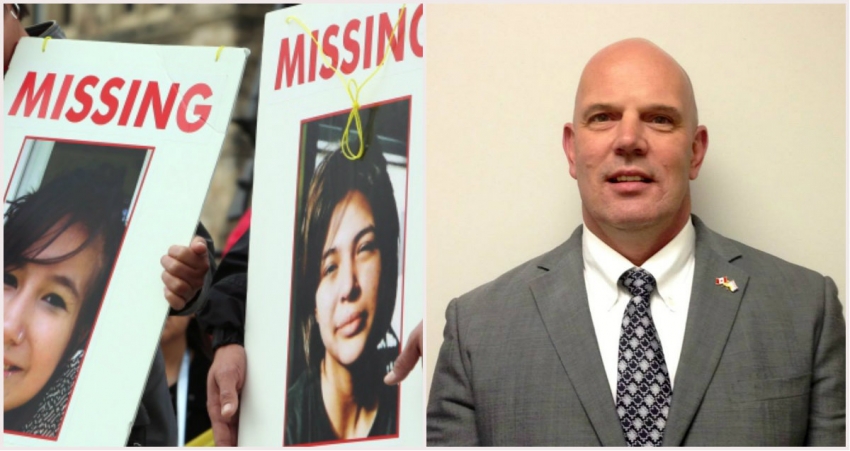 Conservative MP for Kootenay-Columbia David Wilks (left) has made a number on controversial remarks about national action on murdered and missing aboriginal women. Photos courtesy of Canadian Press and MP Wilks' Facebook page.

In a news release, NDP have condemned comments made Kootenay-Columbia Conservative MP David Wilks for suggesting it's "not fair" for Canadians to expect government action on missing and murdered Indigenous women.

While responding to questions about the Truth and Reconciliation Commission in an interview with The Free Press on Aug. 6, Wilks suggested that the federal government isn't responsible for more than 1,200 Indigenous girls and women who have disappeared or been murdered since 1980.

“I don't think when it comes to missing and murdered Aboriginal peoples that it's fair for the government of the day – whether it's us, the Liberals the NDP or the Greens – to say 'what are you going to do about it?',” he said. The MP later added that the issue should be discussed broadly as “missing and murdered people,” without the term "Indigenous."

Indigenous people make up 4.3 per cent of Canada's population, but Indigenous women make up quarter of all female murder victims. Indigenous women over 15 are over three times more likely to experience violence. According to a 2015 RCMP report, 32 Indigenous women were murdered within RCMP jurisdictions.

The NDP called Wilk's remarks "dismissive" of an urgent public safety issue and completely "unacceptable" in a press release issued this morning.

“Sadly, his attitude echoes Stephen Harper who has refused to launch a national inquiry because he says this crisis is not high on his radar,” said Niki Ashton, NDP Critic for Aboriginal Affairs and MP for Churchill-Keewatinook Aski.

“Indigenous women are at risk in our country – it’s a national shame that Stephen Harper and the Conservatives continue to ignore," added Carleen Thomas, NDP candidate for North Vancouver. "We need a national inquiry and we need change in Ottawa."

This is not the first time Wilks has made controversial remarks about violence against Indigenous women; when the issue was brought up at a House of Commons debate in 2013, he said that police in Canada "examine every murder that comes along to their best of their ability, all the time."

He then asked the parliamentary secretary to explain some of the "good things" police have done for Indigenous communities throughout the last 30 years.