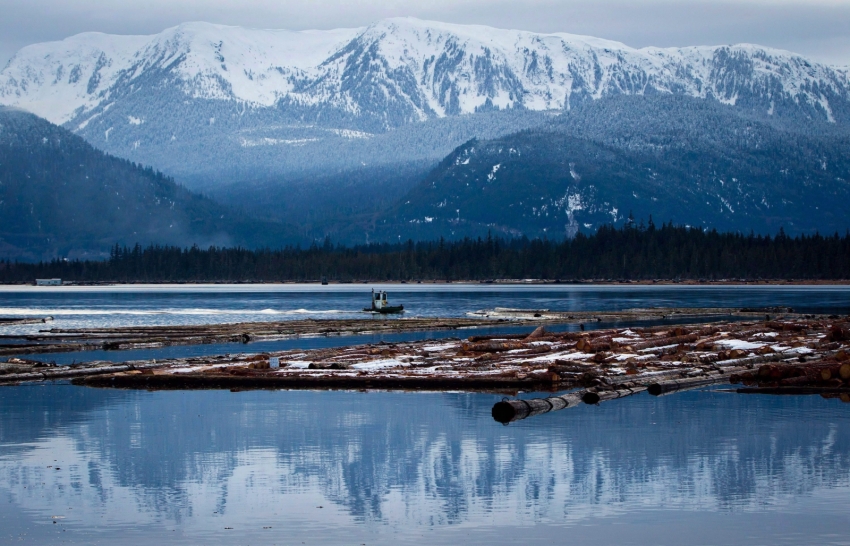 Lawyer Cheryl Sharvit told the Federal Court of Appeal in Vancouver that the Nadleh Whut'en and Nak'azdli are not declaring the right to veto resource projects on traditional territories in British Columbia's Central Interior.

But she said the bands' asserted authority to govern their lands should have at least been considered by the Crown during consultations on the $7-billion pipeline proposal by Calgary-based Enbridge (TSX:ENB).

"The scale of the potential harm from Northern Gateway in their territory is unprecedented. They have never faced a risk this great, from their perspective, from a single project," Sharvit said.

Sharvit said the Crown's refusal to discuss governance rights with the First Nations "does serious damage to the goal of reconciliation and protection of aboriginal rights."

The Crown excluded the issue from the talks because it decided the question of First Nations' title and governance would be better dealt with in the treaty process, she said.

Eight aboriginal bands are in the court to argue Canada violated its legal duty to consult with and accommodate First Nations before approving Northern Gateway. More than 200 conditions were attached to the approval.

The 1,200-kilometre twin pipeline would carry diluted bitumen from Alberta's oilsands to the coastal district of Kitimat, B.C., for overseas shipping.

The court is considering a total of 18 legal challenges during the hearing, which is set to conclude Oct. 8. Its outcome could have far-reaching implications for aboriginal authority over oil and gas projects.

Many First Nations in B.C. have not signed treaties and have unresolved land claims. But they argue a landmark Supreme Court of Canada ruling in June 2014 giving the Tsilhqot'in Nation title to its territory means Ottawa must seek consent from First Nations to approve developments on their lands.

Michael Lee Ross, a lawyer for the Gitga'at on B.C.'s north coast, said the Crown must make a "good faith" effort to win First Nations approval even if their title has not been recognized by a court.

He argued Canada's failure to seek agreement with the Gitga'at represents a failure to "uphold the honour of the Crown" and promote reconciliation.

Speaking for another coastal nation, the Gitxaala, lawyer Robert Janes said the Crown offered absolutely no consultation on aboriginal title.

Janes's submissions drew applause from a packed overflow courtroom of First Nations people, some of whom have travelled from across B.C. to watch the hearing.

Amnesty International, an intervener in the challenges, is asking the three-judge panel to consider international human rights law in their interpretation of Canadian law.

Lawyer Justin Safayeni said the United Nations Declaration on the Rights of Indigenous Peoples sets important standards for First Nations' consent, regardless of the fact that Canada only endorsed it on a qualified basis and called it an "aspirational document."

Northern Gateway and the federal government will make legal arguments next week.

Billions of dollars in gross domestic product, tax and royalty revenues are at stake. The company estimates the pipeline will boost Canada's GDP by $300 billion over 30 years.