"Once you start actually negotiating with one another, it requires a type of accountability from the environmental groups too..., because they'd gone to the marketplace, dealing with big businesses in the publishing or paper side, or in the lumber side. The Home Depots. The Time Magazines of the world. They suddenly needed to be accountable to those organizations. They couldn't just show a bunch of photos about how bad everything was and ignore the fact that...there's a change taking place.

He said once conflicting parties start negotiating with each other, they couldn't resort to saying "outrageous things" about the other party anymore.

"Once you are collaborating you can't do that any more. If you do it, you lose all credibility."

Eventually, however, people from every side began to forge unlikely alliances. They had been working together long enough, Smith said, that their clashing positions started to give way to personal connections.

"We all have roles to play, but when you're stuck in Bella Coola because of a storm, you gotta go for dinner at some point. There are only two restaurants, and you gotta sit with somebody," said Smith laughing.

"You get past the conflict and start to realize, okay, he’s got a family just like I do.” 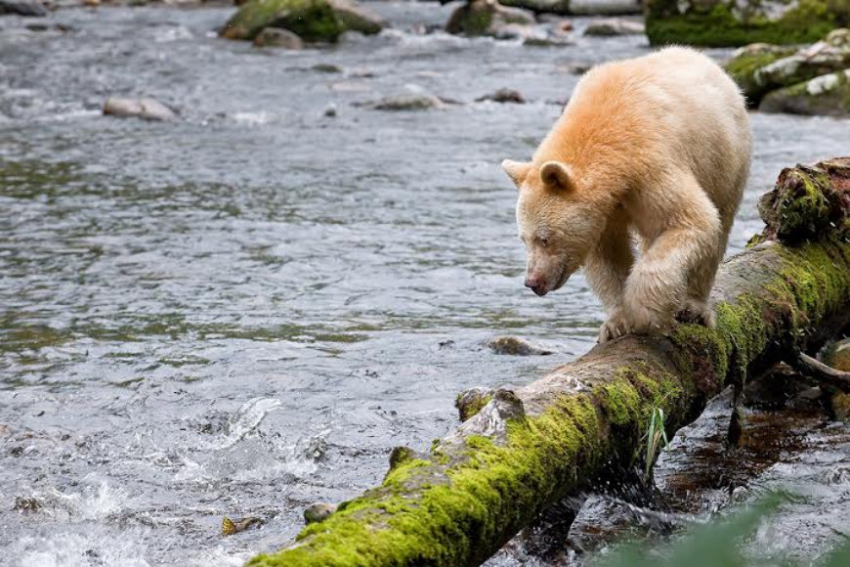 An international model for forest conservation

Currently under ecosystem based management, 33 per cent of the old-growth is preserved while the other regions is logged responsibly, with the need to protect animal habitat and water systems taken into consideration. It aims for high levels of human well-being at low ecological risk. 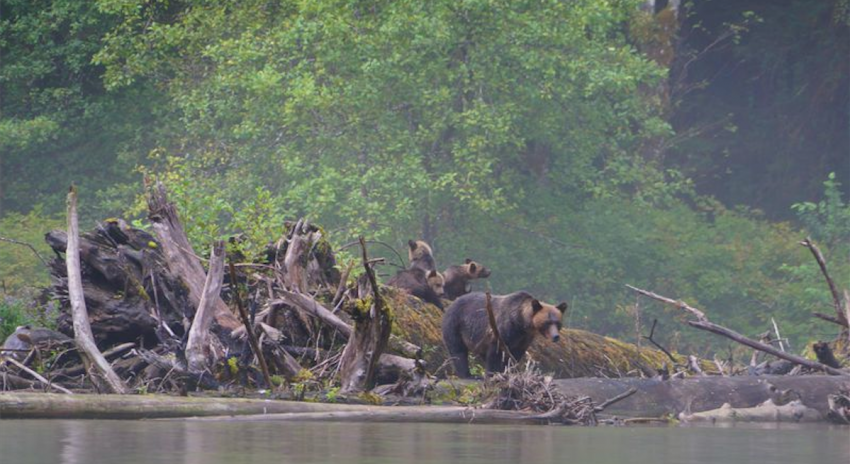 While 50 per cent is a big achievement on paper, conservationists and scientists say that to sustain the ecological integrity of the Great Bear Rainforest, 70 per cent of natural levels of old growth forest have to be maintained. 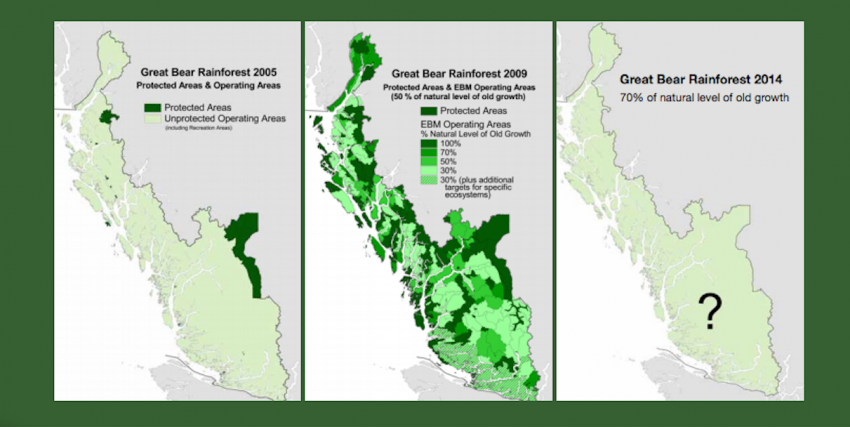 “Seventy per cent of the old growth needs to be conserved,” Nicole Rycroft confirmed.

“If we only get 50 per cent...we're going to fail as to what the ultimate objective was that everybody agreed to.”

When recommendations were presented collaboratively by forestry representatives and environmentalists in January 2014, "the two warring parties,” it showed the government that the fighting was finally over – that the former adversaries had agreed on how the Great Bear Rainforest should be saved, Rycroft said.

"There’s an unbelievably busy schedule of policy writing, drafts of legislative language, and meetings between all the parties," she said.

"[And] we have this elephant in the room… The First Nations have said since 2009 the next round of conservation doesn't happen without the human well-being initiative,” she said.

The human well being component of the Great Bear Rainforest is a key part to the agreement, yet it has remained poorly understood for years. Largely, Smith said, because it is a big concept rooted in thousands of years of history.

“My people have been in our territory since time immemorial… we’re not simply dependent on the ecosystems around us, we’re a part of the ecosystems,” said Smith.