Claire Hume
Oct 21st, 2014
Share on Facebook Share on Twitter
(Page 3 of 5)
By the time the logging crew arrived, activists had locked themselves with bike locks to various pieces of equipment and hung massive banners calling for the protection of the rainforest. 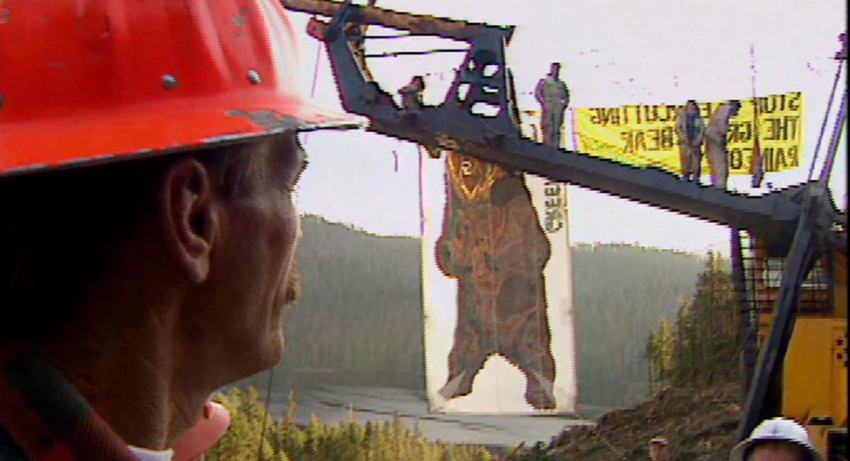 Before a pattern of cooperation set in, “there were incredibly acrimonious campaigns on both sides,” as environmentalists, governments, and industry all fought to get the public on their side. “We were slinging metaphorical bullets at each other,”  Valerie Langer smiles to remember it all as she tells the story.

“We launched into vicious campaigns calling each other down,” said Langer.

Many in the First Nations community were shocked at the amount of attention the campaign was getting. “We had global interest in the plight of our communities,” Smith said. “No matter how all this plays out, that's one thing I’ll always owe the environmental community, the awareness they brought to how unacceptable it is how my people have lived and been treated in Canada.”

From that flowed a market campaign that shook industry. “There had been boycott campaigns done before, where you get the consumer not to buy. But this was different.  Instead of going to 300 million people and saying ‘change your minds about what you buy’, we were going to 200 major purchasers and saying ‘don't purchase from here’,” Langer said.  The campaign targeted huge paper suppliers like Kinkos and Home Depot. “Their corporate decisions affected 300 million people.”

Their ads called out logging companies by name. They garnered international attention and inspired protests worldwide.

Then logging and paper corporations -- including Canadian Forest Products, Western Forest Products, and Weyerhaeuser and Interfor -- came to the table to talk with Rainforest Action Network, Natural Resources Defense Council, Greenpeace International, Greenpeace Canada and Sierra Club of British Columbia as part of the Joint Solutions Project. They came to a 'standstill agreement' to stop the market campaigns and start negotiating. Province and First Nations got involved as well, in later government-to-government talks.

"It was extremely difficult to get to the point where we could actually sit in the room to find solutions," Armstrong told the Vancouver Observer.

"The catalyst for that was that both the industry and NGOS knew they couldn't sustain open warfare forever. They actually had to come up with some outcomes in the interests of both parties."

In the early days, it was hard for polarized parties to talk to one another.

“They went nuts," he said. "There were meetings where there was literally violence. Tables got flipped, probably quarterly. We’d have to pull  people apart, get them to calm down.”

Armstrong said he didn't recall any tables thrown in his meetings but he said the process was "very, very tense."

He also said the negotiations changed the relationship between environmentalists and industry.