Jeff Weyers of iBRABO, a Canadian open source intelligence site, spoke to the Vancouver Observer about open source security intelligence, and about Canadian examples being referenced in ISIS propaganda. 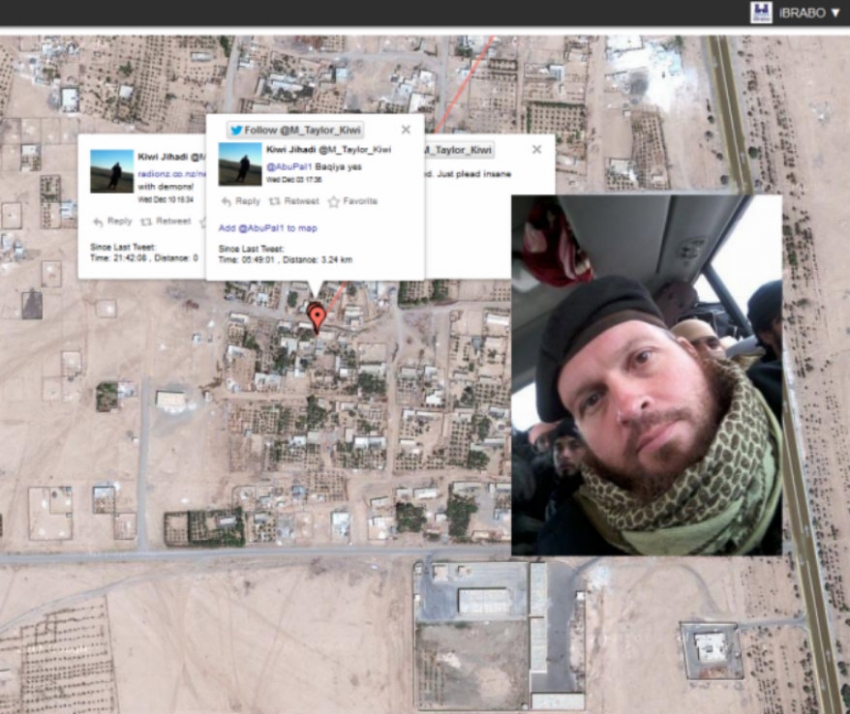 An Ontario-based open source intelligence research group, iBRABO, exposed a New Zealand ISIS fighter who was unwittingly broadcasting his location in Syria on twitter. Mark Taylor (known on twitter as "Kiwi Jihadi" or @M_Taylor_Kiwi) quickly deleted 45 tweets after realizing that he was broadcasting his twitter location to every intelligence agency in the world.

"Unfortunately for him, we captured all of them prior to him removing the tweets and will discuss the value of the intelligence they contained," wrote Jeff R. Weyers on the iBRABO website.

Weyers explained to the Vancouver Observer that his group's 'open source intelligence' refers to data that can be found publicly from anywhere in the world.

"Open source can be intelligence derived from any publicly available source. Traditionally this used to be newspaper, television, and radio," Weyers said. "However, with the growth of the internet and more specifically social media intelligence (SOCINT) in the last 10 years, it really has opened up the area."

He said "anybody" could find the data that iBRABO does, but that analysis and interpretation requires training.

Intriguingly, iBRABO is based not in the U.S. or U.K., but in Canada, which didn't seem to get much international attention in relation to ISIS until the Ottawa shooting and Quebec terror attack last year. So does that mean Canada is a growing hot spot for terrorism?

"While we haven't seen many large scale attacks in Canada since the 80's, Canada has harboured a large number of terrorist groups including Hezbollah, Tamil Tigers, Babbar Khalsa and the International Sikh Youth Federation, to name a few," Weyers said.
"We don't often hear of or pay attention to these groups, because they haven't committed any attacks here. Our current focus on ISIS has been due to its incredible success at recruiting Canadians to fight in Syria and Iraq.
"The fact that ISIS has influenced the two most recent attacks in Canada is not surprising given their unprecedented recruiting and propaganda campaign on social media directed towards the west. They are aware of their Canadian successes and they have reiterate that by featuring Canadians in two issues of their monthly magazine Dabiq (a propaganda magazine for ISIS). Other groups like Jabhat al Nusra and Al Shabaab have had similar successes in targeting Canadians to join them in recent years." 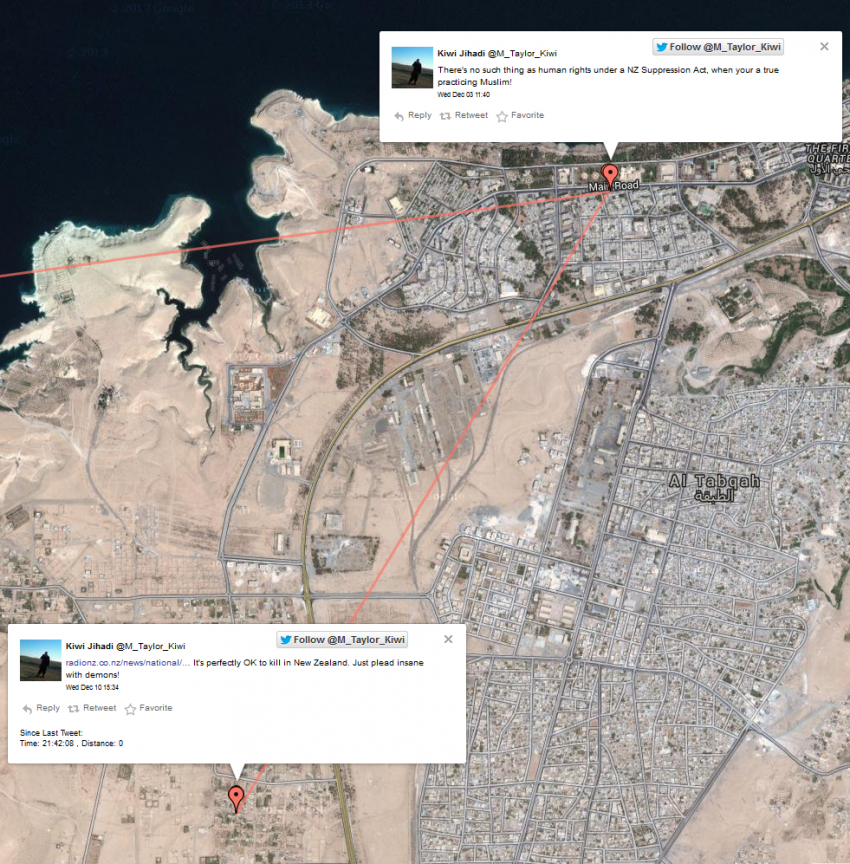 Tracking image of Mark Taylor in Syria provided by iBRABO

On the iBRABO website, Weyers writes further in detail about Taylor's social media use, which gave away his location in Syria.

"Taylor isn’t the first jihadist to broadcast his whereabouts via social media and in fact looking at the battlefield in Syria we see fighters from Canada, France, and other western countries making the same mistake. The benefit of material like this when examining foreign fighters is it allows investigators to establish the extent to which an individual is tied to a terrorist group like Daesh (ISIS).

In this manner, they can better justify potential criminal charges against the individual and at the very least build grounds for their detention and investigation upon their return."

iBRABO is an open source intelligence group, based in Waterloo, Ontario. A key part of iBRABO's research include "Terrorist Social Networks" and "methods for Identifying Persons at Risk for Recruitment to Violent Extremism."

Weyers wrote that in addition to twitter, Facebook, Flickr and Instagram all allow for geotag tracking, and that in some cases, will track geotagged related material whether the user turns on GPS encoding or not.  Weyers said Taylor's tweets revealed that in October, he was fighting in Kara Roma, an area occupied by foreign ISIS fighters.

Aside from security intelligence groups like iBRABO, media like AP, CNN and Buzzfeed have also been using social media to track the geographic location of social media posts via Geofeedia.

Ottawa shooter urged by Burnaby man to do no evil, six weeks ago