With each new pipeline, more tankers and a higher risk of an oil spill. 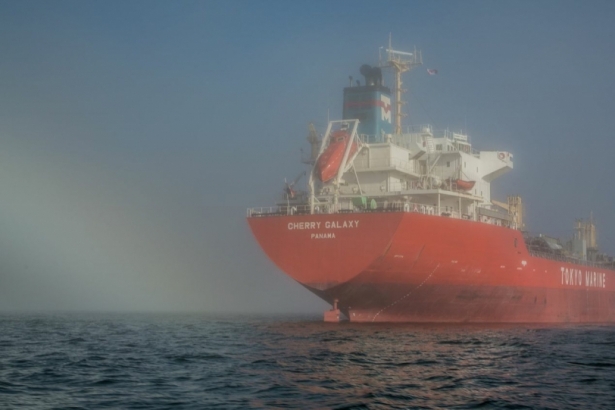 The completion of three new major economic projects could increase the risk of tanker accidents off the west coast by 18 percent and the risk of oil out flow by 68 percent, according to a draft report on risk assessment and management funded by a grant from the US Environmental Protection Agency.

Covering the waters of the Salish Sea, American conservation organization Puget Sound Partnership has released a detailed report on the impact a significant increase in tanker traffic could have on the sound and on the waters off the coast of BC.

Led by researchers in the engineering management and systems engineering department at the George Washington University in Washington, DC, the study looked at how the increase in traffic that would accompany Kinder Morgan’s Trans Mountain Pipeline, the Gateway Pacific Terminal at Cherry Point in Washington and the expansion of the Deltaport container terminal, located in the Strait of Juan de Fuca.

Todd Hass, coordinator of marine and nearshore special projects for Puget Sounds Partnership, said the large gap between the 18 percent increase in accidents and the 68 percent increase in potential oil hitting the water has to do with the large volume of oil the additional vessels, mainly those transporting the oil that comes through the Trans Mountain pipeline, would be carrying.

The study looked at a total potential increase of roughly 1250 new tankers in the Haro Strait, not just those carrying crude from the pipeline, but also factoring in the fuel oil vessels will be carrying and the increase in ships’ proximity to each other.

Researchers focused on using a marine simulation model to test a variety of scenarios and compare results to data on vessel traffic collected by both Canadian and American coast guards in 2010. That year was used as a baseline because it was the last year coast guards on both sides of the border used the same method of date collection.

Rather than assess the risks and merits of individual projects, Hass said, the research team wanted to examine change in traffic patterns overall and create a tool for assessing risk and testing management strategies regardless of the project. As part of this approach, researchers looked at an oil spill as the last link in a causal chain. An accident doesn’t necessarily lead to a spill.

“First you might see a situation of concern, two vessels approaching one another. If that happened, there have to been an incident, loss of steering or propulsion, to precede an accident. For that accident to become a spill, you have to have a breach of the hull.”

Lead researcher Dr. Rene van Dorf said that to measure risk and test mitigation strategies, the team conducted a series of what-if scenarios, watching what happens when factors such as frequency of arrivals and departure are adjusted. The report found that vessel time exposure—the amount of time overall that vessels are present in the water—would increase 25 percent with the completion of all three projects.

“Our conclusion essentially is, by and large, [traffic would be] more than the historical high, so it’s more than something you have seen in the past, which is why I think these increases are significant,” van Dorp said.

Researchers did the same thing for variety of mitigating factors. Some proved more effective than within the test model, including reducing vessel speed. The report concluded that risk mitigation factors significantly reduced the risk of accidents and spills, but recommended a comprehensive, location-specific strategy to help manage risk in the long term.

This isn’t the first report to look at the risks associated with increased tanker traffic, and the Trans Mountain pipeline in particular. Kinder Morgan released an assessment of its own that put the frequency of spill at one in 2,300 years.

“As the public discussion about marine safety continues, we expect many studies to be conducted that may assist in informing the public and decision makers on the potential marine risks in the region,” Bikramjit Kanjilal, marine development lead for the Trans Mountain Expansion, said via email. “Trans Mountain has completed a comprehensive marine risk assessment of its own and its results have been filed with Transport Canada (TERMPOL) as well as with the National Energy Board.”

The final draft was released last week to an advisory panel, comprised of mariners and others who use the waterways, that will evaluate the data and the recommendations made by the researchers.