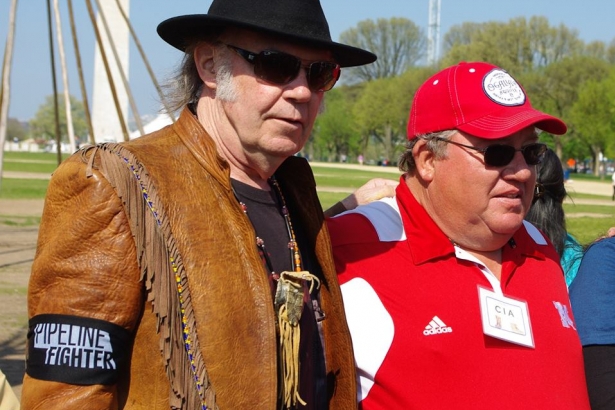 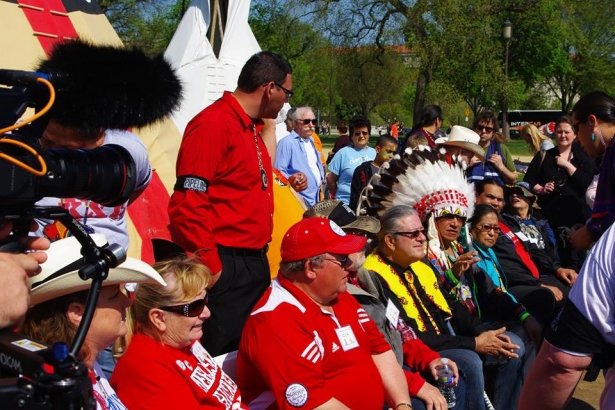 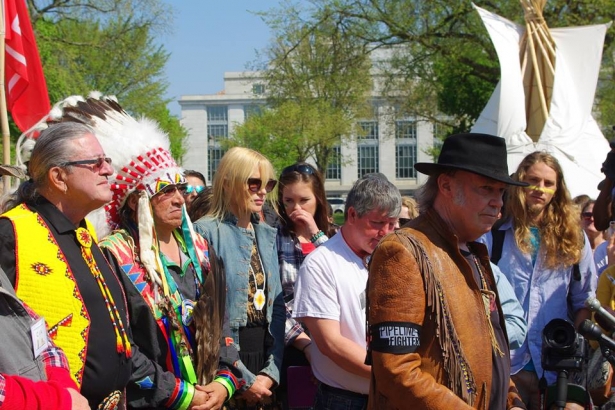 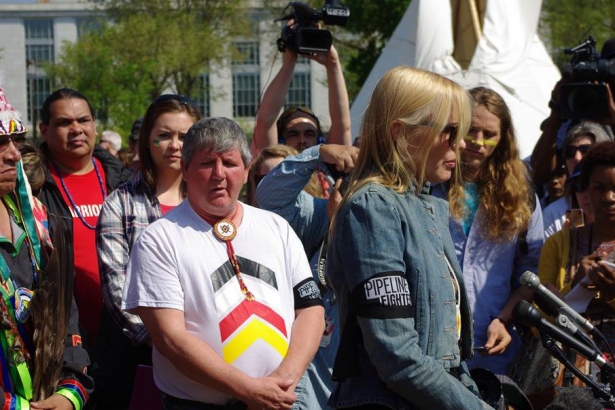 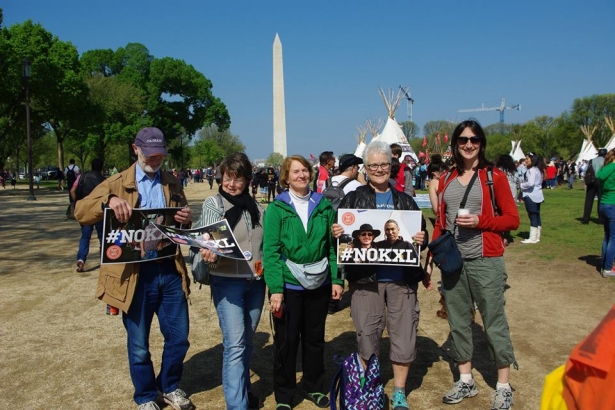 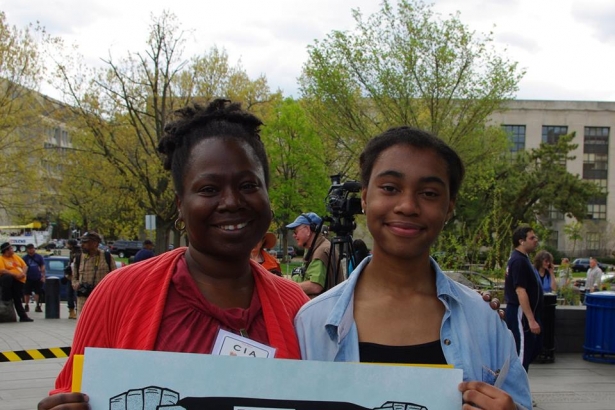 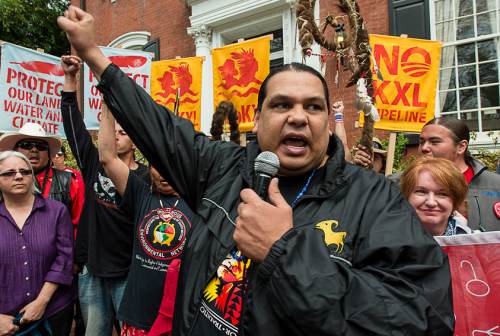 They were joined by Kill Bill actress Daryl Hannah, who went to jail in 2012 for helping a 78-year-old Texas landowner obstruct construction of the Keystone XL pipeline on her property. 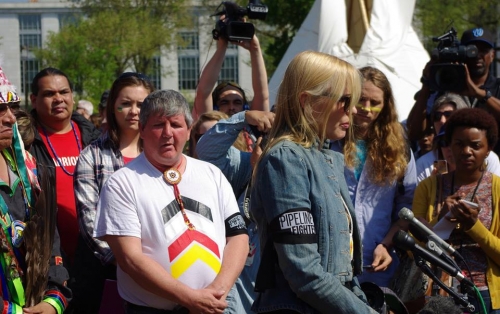 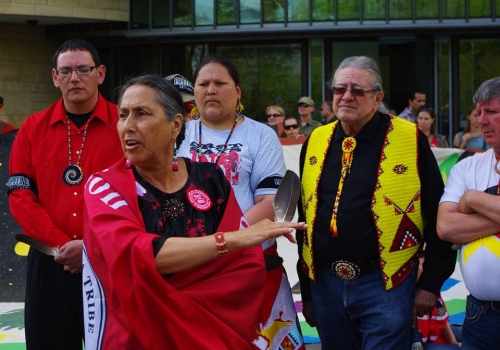 The rally was a culmination of the "Reject and Protect" protest against the controversial pipeline project, which would bring diluted bitumen from Alberta to refineries in the Gulf Coast.

Led by the Cowboy and Indian Alliance — an alliance of ranchers, farmers and tribal communities from along the Keystone XL pipeline route — the protesters arrived on horseback in Washington at the beginning of the week.

The pipeline, which claims to create "thousands" of new jobs (35 permanent jobs, according to a State Department analysis), has been heavily pushed by Prime Minister Stephen Harper, the U.S. Republican Party, and some Democrats. However, prominent climate scientists and environmental groups have urged the rejection of the project due to its potential to accelerate oil sands production and aggravate climate change.

After the rally, the Cowboy and Indian Alliance led a march through the streets of D.C. to the National Museum of the American Indian, where a ceremony was held to gift a tipi in honour of the President.

So far, Obama has delayed a decision and resisted pressure from both parties to approve the project. 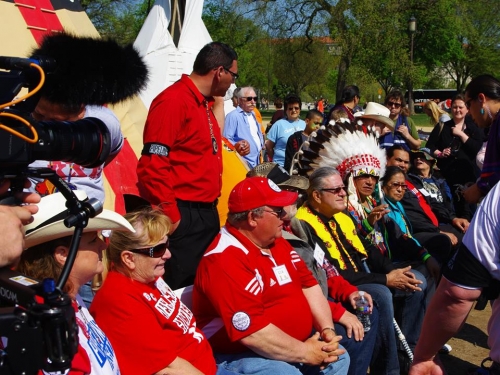 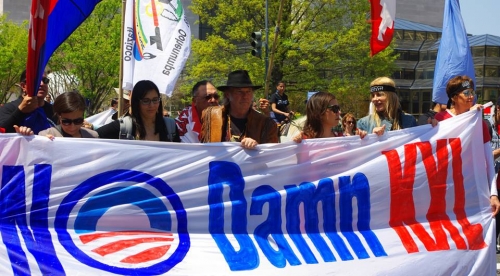 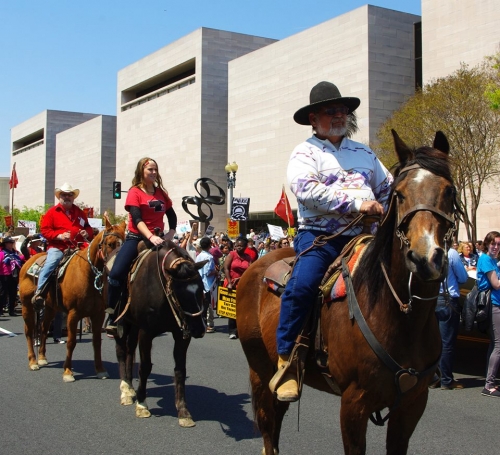 Like this article? Help the Vancouver Observer do more by becoming a backer.