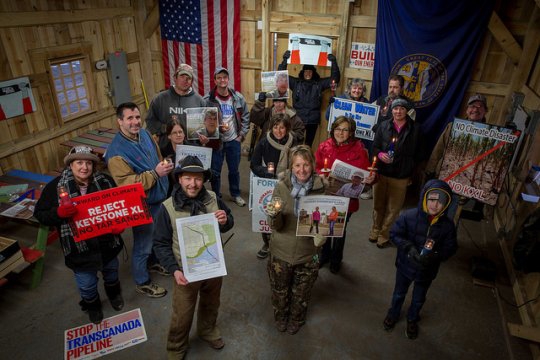 A Nebraska judge has declared that a state law that granted Nebraska Governor Dave Heineman the authority to push through Keystone XL is invalid.

Lancaster County Judge Stephanie Stacy agreed with opponents' arguments that the state law passed in 2011 improperly gave decision-making power to Heineman to grant TransCanada -- the Calgary-based pipeline giant behind the project -- eminent domain powers within the state. The district court ruled that the state law was unconstitutional.

The ruling is the latest snag in the pipeline's approval process. Earlier this week, Prime Minister Stephen Harper went to Mexico to meet with U.S. President Barack Obama, hoping to discuss approval of the Keystone XL pipeline, but was told by the White House not to bring the topic up because it was still undergoing review.

Now, unless the law is reinstated by a higher court, Calgary-based pipeline builder TransCanada Corp. might be forced to seek permission from every last landowner on the route.

TransCanada told The Globe and Mail that it’s disappointed by the Nebraska court decision and is looking at "what next steps may be taken".

"We beat a corrupt bill that Gov. Heineman and the Nebraska Legislature passed in order to pave the way for a foreign corporation to run roughshod over American landowners....TransCanada learned a hard lesson today: never underestimate the power of family farmers and ranchers protecting their land and water."