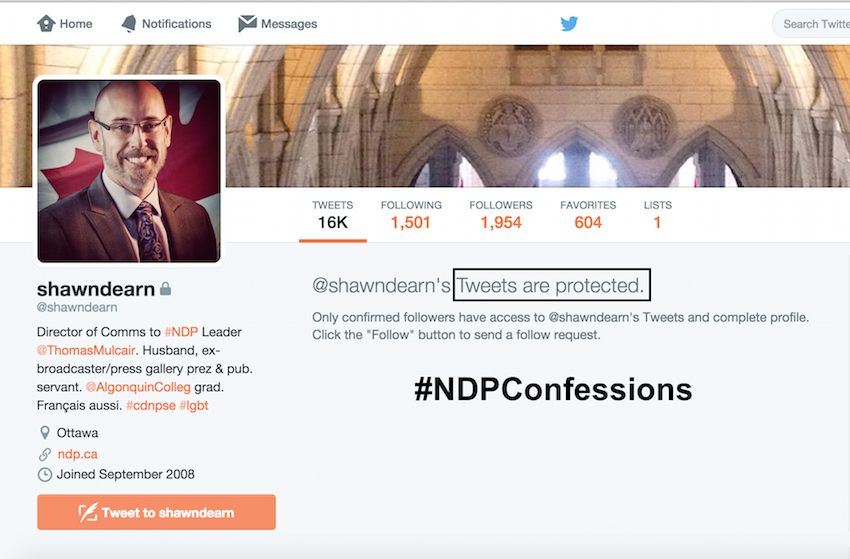 A group of followers of the Conservative Party took on the mission of turning the hashtag #NDPConfessions into a trending topic.

By retweeting old, controversial tweets from the Director of Communications to Thomas Mulcair, Shawn Dearn, they've accomplished their goal.

The social media campaign prompted Dearn to apologize, although not publicly since his account is now locked.

Take a look at how the issue was discussed on social media.