What Nathan Cullen would have said at the JRP Enbridge hearing 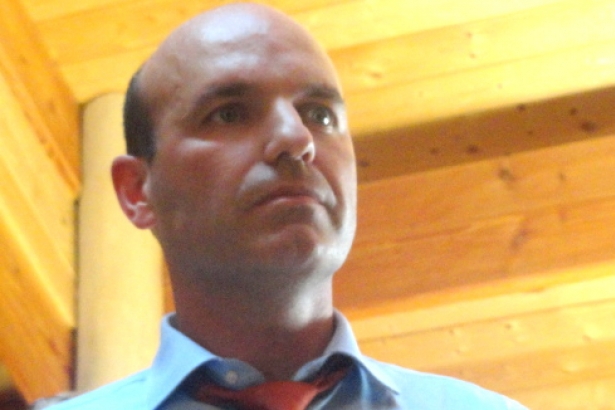 Nathan Cullen, NDP House Leader and MP for Skeena-Bulkley Valley, felt insulted. The federal government's attitude wrapping up its arguments before the Joint Review Panel hearings on the Northern Gateway pipeline proposal, he said, was essentially dismissive of the wishes of his constituents.  And they are the people who will be most affected if the Enbridge, Inc. pipeline pushes through British Columbia's northern regions and the Great Bear Rainforest.

Enbridge was even worse, saying that anyone who didn't agree with the proposal was either ignorant or simply didn't understand the facts, he said, adding that Enbridge repeated in its final argument that the Northern Gateway pipeline would be in the national interest.

Standing up to government 'bullying'

In an interview with the Vancouver Observer yesterday afternoon, Cullen said he was not allowed to express what was really on his mind at the hearings, that "the federal government has undermined this process since day one."

"The bullying form Mr. Harper and his ministers has really gotten our backs up," he said.

"In the North, we have intimate knowledge of raw resource export from forestry and it's devastating.  Anyone who proposes raw export of oil as national interest -- it's a bad idea," he said, referring to the fact Canada exports bitumen instead of upgrading the oil within the country to create jobs increase its value.

"They call that a banana republic in the South. Mr. Harper calls it Canada."

He would have liked to have told the Joint Review Panel how impressed and humbled he is "by the way we've come together as a region in the face of this threat and that the pattern from Mr. Harper doesn't stop here with one pipeline.

"This is the way he bullies his own MPs, the media, anyone who happens to disagree with him.  It's very un-Canadian.

He said he would have told more stories about being in villages and coffee shops and church basements and about "how powerful people can be when they're speaking from a place of values about their home."

"I wouldn't have wished any of this to happen--I think the fight against the Enbridge pipeline has been an incredible drain on resources and energy and has created a lot of heartache for people. But we've stood together in resisting this very dangerous idea."

'The pipeline won't be built.'

Cullen said he is nevertheless certain the proposed Northern Gateway pipeline will never be built.

"The inevitable outcome is this pipeline doesn't get built."

But "how we get there" is the problem.

"I know this prime minister ... I fear he's going to try to force his hand.  I think it would be very destructive for the country.  The result will be the same in the end, the pipeline won't be built.  But a lot of harm will be done along the way."

The complete transcript of Cullen's statement to the Joint Review Panel on Wednesday can be found here.