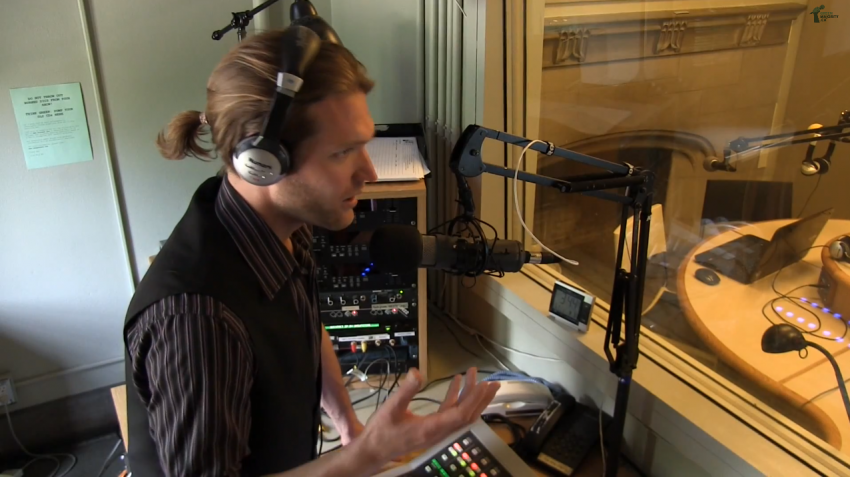 Photo of (one of) Green Majority’s host Daryn Caister

Today marks the launch of a unique Toronto-based multi-platform news show with an environmental focus. Green Majority TV offers an innovative mix of journalism, education and analysis on environmental topics with a crowd-funded approach.

The TV show is a spinoff of The Green Majority, which began as a radio show on CIUT 89.5FM in 2006 and is still going strong. The show’s current director Daryn Caister began working with the show in 2007 and took over as host in 2009. The show is internationally syndicated and reaches more than 50,000 Canadians every week through the radio show and associated podcast.

Today Green Majority TV produces weekly news and interviews for YouTube all with the same fact-focused reporting that made the radio show so successful. Green Majority TV starts important conversations and approaches issues in a way not often heard in the mainstream media due to an emphasis on the larger context, explaining the scientific details and most importantly talking about possible solutions.

Expanding on hundreds of big name interviews from the radio show, the new programming has already added an impressive roster of video interviews including Canadian Clean-Tech expert Tom Rand, Cycle Toronto Director Jared Kolb and Toronto Councillor Gord Perks among many others. The hosts of Green Majority TV, Daryn Caister and Stefan Hostetter, both majored in Environmental Studies at the University of Toronto and have twenty years combined experience analyzing environmental issues.

Green Majority TV’s does not accept money from advertisers or special interest groups. Members of Green Majority TV subscribe for $5 a month to support the production of the show. These videos are then made available for free as a public service through YouTube. Members receive special content, such as a weekly members-only “bonus show,” extended cuts of interviews, and more. This model ensures that the information discussed is as objective as possible, and creates a direct relationship with the public by placing the funding in their hands.

To be a patron for Green Majority, click here.