Environmental groups say today's National Energy Board approval of Enbridge's Line 9 is invalid because NEB has failed in its mandate to protect the public interest.

The National Energy Board announced today that it will approve Enbridge’s application to reverse and expand its Line 9 pipeline to carry heavy crude oil from the Alberta tar sands to refineries in Ontario and Quebec.

The 140-page decision outlines the hearing process and sets out requirements for Enbridge to improve emergency response and pipeline integrity as well as continued consultation.

The company filed an application with the NEB in 2011 to reverse a segment of its Line 9 pipeline between Ontario and Quebec, and to expand capacity between Sarnia, ON, and Montreal, including a change in regulations to allow it to transport crude oil. Phase I of the project, the line reversal, was approved last August.

NEB spokesperson Carole Léger-Kubeczek said the regulator won’t comment on the reasons for the decision, saying they “spoke for themselves.”

Adam Scott, spokesperson for Environmental Defence, says the decision is evidence of the federal government’s disregard for the Canadian public.

“It’s pretty obvious the entire regulatory system is broken,” Scott said. “They restricted the public’s ability to even participate.” Following the passing of omnibus budget bill C-38 in 2012, Line 9 is the first project to go through the NEB’s regulatory process without having to undergo a federal environmental assessment. It is also the first project to face the Joint Review Panel after the scope of public participation was restricted significantly by the same omnibus bill.

“There were roughly 150 folks who were actually even allowed to comment or write a letter, and this was also the first major energy project not to have to go through an environmental assessment, so it’s clear the whole system has been stacked against the public’s interest in favour of oil companies.”

The new rules state that to apply for intervenor status,  a person or entity must be able to prove they’re “directly affected” or have “relevant information or expertise.” Critics of the process have remarked that the Line 9 expansion would cross every major tributary of Lake Ontario, arguing than anyone whose drinking water comes from the Great Lakes is directly affected.

“It’s pretty disappointing that this incredibly dangerous project that puts millions of people at risk for very little benefit got through the regulatory process without any scrutiny,” Scott said.

The limitations on public input imposed by Bill C-38 are the focus of the ongoing lawsuit Forest Ethics Advocacy Association launched against the NEB last year. Forest Ethics is arguing that the new rules, which would have reduced the number of participants in the Northern Gateway hearings by thousands, violates Canadians’ right to free expression.

“Our position is that the decision isn’t just wrong, it’s invalid,” he said. “The rules of the game were rigged in favour of Big Oil. We believed and continue to believe this decision is fundamentally flawed because the process is fundamentally unfair.”

In addition to barring most Canadians from voicing their concerns, the NEB told those who were permitted to speak that they couldn’t talk about the tar sands, a tactic Forest Ethics board member Tzeporah Berman says is consistent with the Harper government’s attitude toward climate change.

“There is not a single place in this country where we are having a conversation about climate pollution and that’s because this is a government that doesn’t want to talk about climate change.” She believes the court challenge of the regulations that governed the hearing process should have been settled prior to this decision.

“It’s a giant cover-up that’s backed up by a multi-million dollar PR campaign to convince Canadians that what they’re doing is responsible. Refusing to create a plan to mitigate climate change is anything but responsible.”

“The result is a deepening of our addiction to dirty oil with no space to discuss alternatives.” 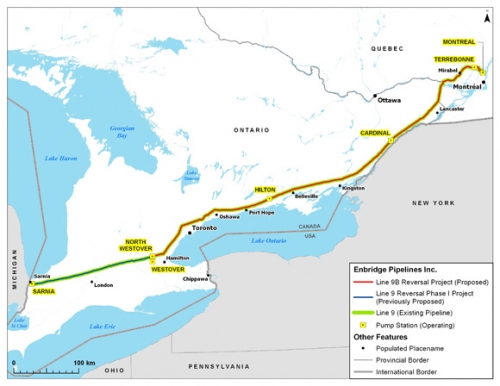