From a mountain top to Centre Block: how Harper made the case for war 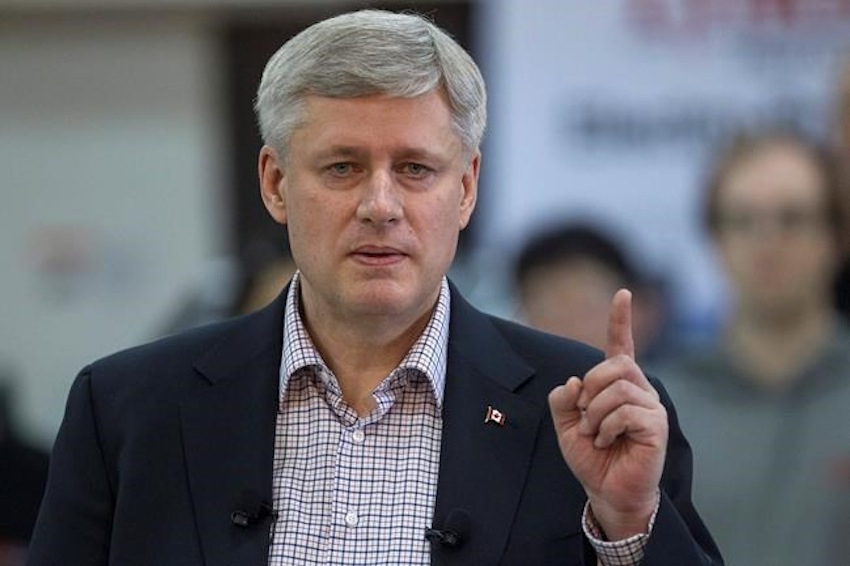 Twice in six months, Prime Minister Stephen Harper put a motion before the House of Commons to commit Canada to war with the militants of the Islamic State of Iraq and the Levant.

Both were born last summer on a craggy mountaintop in Iraq. The resolve behind the latest one was hardened last October by the echo of gunfire on Parliament Hill.

On Monday, the Conservative government recommitted six Canadian fighter jets, two surveillance aircraft, a refueller, 600 support personnel and up to 69 special forces to the global fight against ISIL in Iraq and Syria.

ISIL's rampage began in June, but at the time — under questioning by NDP MP Paul Dewar — then-foreign affairs minister John Baird said the government had no intention of getting involved.

Harper had been thoroughly and repeatedly briefed about the threat and its potential implications for domestic security, but the case for military action didn't yet exist.

Everything changed in August, however, when the Yazidis — a religious Christian minority in Iraq — fled to the Sinjar mountains to escape murderous ISIL militants wielding a grim ultimatum: convert or die.

Their plight put a horrible personal face on the ISIL peril — a message that resonated around the world, including at 24 Sussex Drive.

U.S. President Barack Obama asked allies to join a coalition of countries that would carry out airstrikes against ISIL targets. Within days, Harper offered up military planes to help transport supplies to Iraq.

He had no intention of stopping there.

A NATO meeting being held in in early September in Wales provided an internal deadline to shape an outline for Canada's commitment, and an opportunity to hammer out logistics on the sidelines.

Meanwhile, Baird was planning a trip to Baghdad to survey the situation on the ground. He invited Dewar and Liberal foreign affairs critic Marc Garneau to join him.

"Initially I was concerned it was just to rubber stamp the government's agenda and I think that might have been the case," Dewar said in an interview.

"I think he thought it would work for them to show it was multi-party and on the humanitarian side we're all together, and that was that."

At the end of the Wales summit, Harper made the first soft sell to Canadians of a military contribution — 69 special forces being sent to advise and assist the Kurdish peshmerga fighters.

But in the middle of September, the U.S. made a formal request for broader Canadian military support.

ISIL's slick propaganda machine was running on overdrive, with professional-looking videos of its violence circulating on social media and within Conservative caucus circles; some MPs even watched them during question period, passing around their phones.

Baird framed the need to go after ISIL in a speech to the United Nations that came as Harper was shaping the military response.

"To confront them, we must rely on the forces that have shaped human history, on defending the firm and unyielding principles of human liberty and dignity — principles that have withstood the tests of fascism, communism and now terrorism," Baird said.

"This is our test today. And we cannot afford to fail it."

One thing was clear in Harper's mind — there would be deadlines attached to whatever promise was made.

With memories of Afghanistan still fresh, the Conservatives were mindful of avoiding a long, open-ended conflict, and decided to put a fixed timeline on the mission with renewable terms.

Then, three weeks after the first six-month mission was approved, two Canadian soldiers were killed in separate attacks by men with jihadist sympathies. One of the attackers died in a gunfight just steps from the Commons chamber.

In a speech to the country on the night of the shooting, Harper made the explicit connection between what Canada was doing abroad and what was happening at home.

Canada, he said, would "fight against the terrorist organizations who brutalize those in other countries with the hope of bringing their savagery to our shores," he said.

Internal polls suggested to the Conservatives that Canadians supported the mission in a way they never did in Afghanistan, specifically because of the belief ISIL posed a legitimate threat to Canada in a way the Taliban never did.

Some in the Conservative caucus, notably Baird, were wary about Syria — particularly the fear that attacking ISIL there would indirectly support the brutal regime of Syrian President Bashar Assad, giving rise to even more jihadi fighters.

Concerns about a lack of intelligence on the ground made it difficult to know how much risk Canadian pilots would face if they were flying overhead.

But six months of watching the U.S. dropping bombs in Syria with nary a peep must have soothed the prime minister's nerves.

"They will have no safe haven," Harper warned in October. Six months later, Canada's likely just days away from making good on that threat.