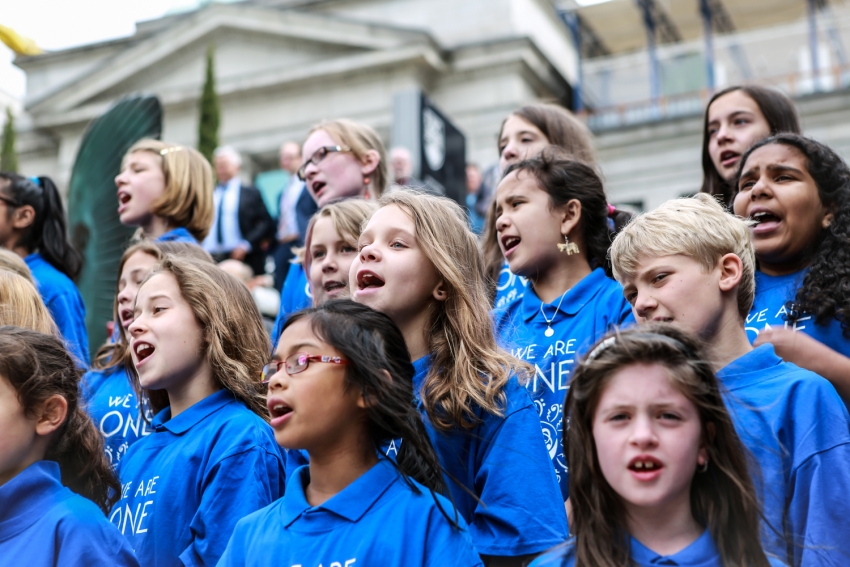 An ensemble of Metro Vancouver elementary and secondary students will give a free public concert, May 2, 10am at Robson Square, as part of the 12th annual Music Monday. Photos courtesy Music Monday website.

The purpose of the event is to bring awareness to the invaluable benefit of music programs such as band and strings, and the need to keep music in schools for generations to come. 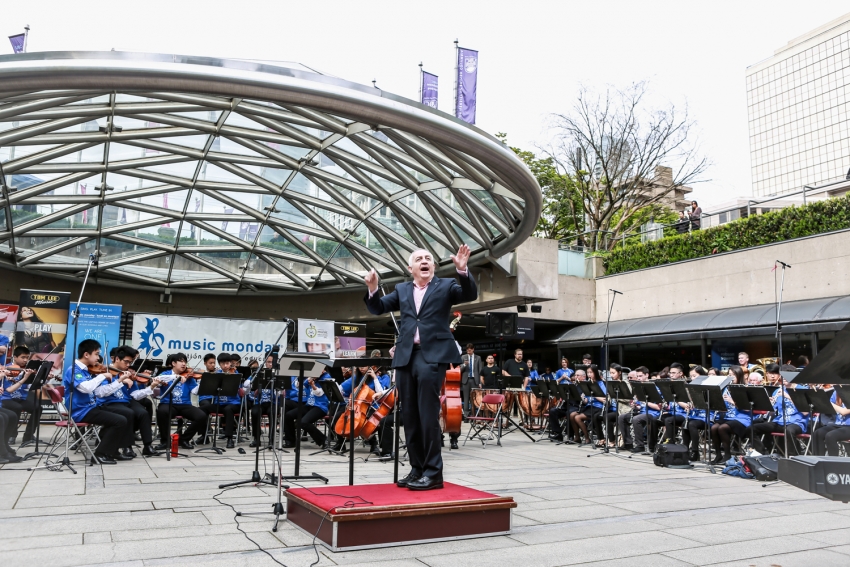 The event will showcase the talents of Metro Vancouver’s own band and string students performing We are One, the Music Monday anthem written by Ontario student Connor Ross. 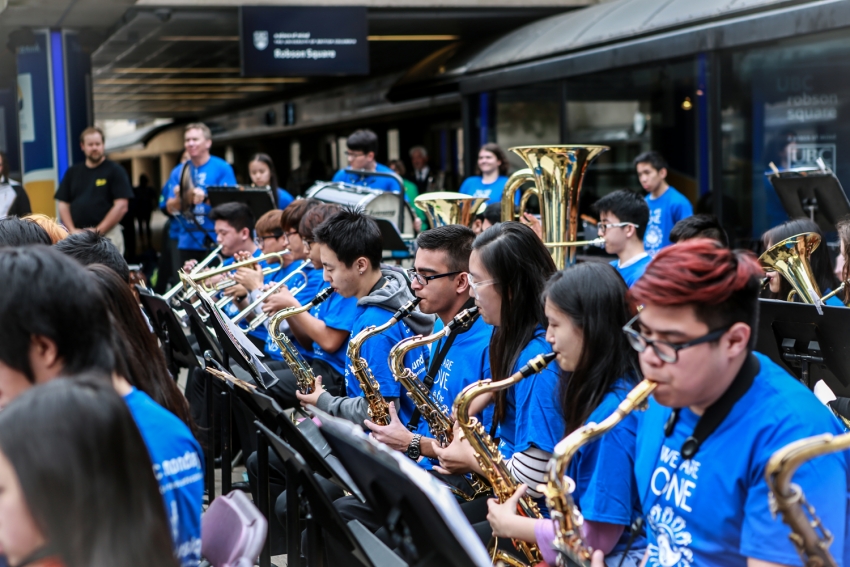 Students from across the Lower Mainland, and from groups like Vancouver Bach Choir, the Royal Canadian Artillery’s Band of the 15th Field Regiment, and the Vancouver Fire and Rescue Service band will perform.

Music Monday was launched in 2005 by the Coalition for Music Education to promote music education in Canada.