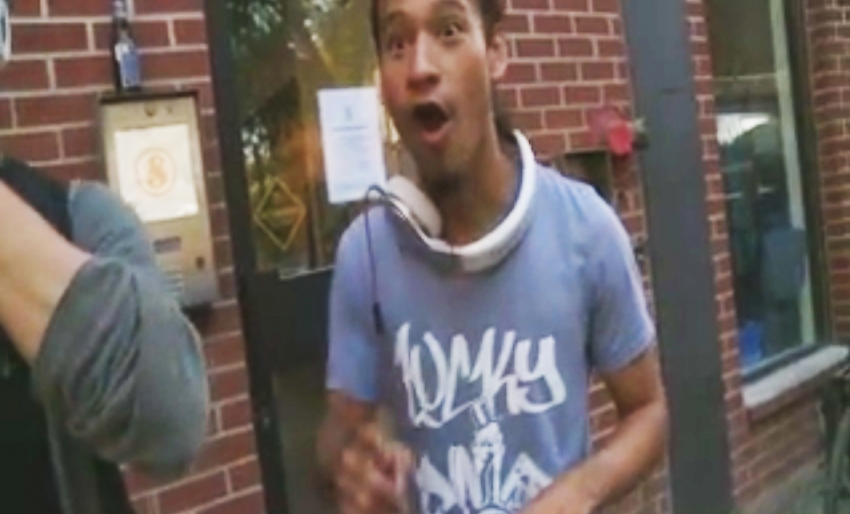 MOMENT OF REALIZATION: A CBC Montreal reporter turns the camera on one of the men who taunted her with 'FHRITP,' Image from the reporter's video

A Montreal journalist has thrown two men in the television hotseat after they made sexually explicit comments towards her in the background of a video interview.

CBC Montreal's Jaela Bernstien was filming on the city streets when the pair shouted the inappropriate remarks as they passed by.

A video posted to her Facebook page now reveals Bernstien confronting the men directly, and asking them whether they thought their comments were funny.

One of them, who covered his face on camera, said he thought the offensive language was “commentary,” while the other said, “You haven’t heard about this joke?”

The reporter responded by condemning their comments, which she said were rude and make fun of rape.

This is the second confrontation between a Canadian reporter and male passersby in recent weeks for an issue related to unwelcome sexual remarks.

Toronto reporter Shauna Hunt brought several men under fire for their apparent plans to use vulgarities during a Toronto FC soccer game. In that case, a Hydro One engineer was fired and his companions banned from future games for a year.

The incident sparked a country-wide social media debate about the trend, using the hashtag, #ItsNeverOkay.

The act of publicly degrading women, including female reporters on camera, was publicly condemned by two Canadian police forces and Ontario Premier Kathleen Wynne, who took to Twitter with the comment:

"Thanks to @citynews for saying #ItsNeverOkay. Whether or not it’s caught on film, sexual harassment at work is no joke.”