A Vancouver creative class couple opts out of trying to make home ownership work in Vancouver. Their story as they make the move out of town. 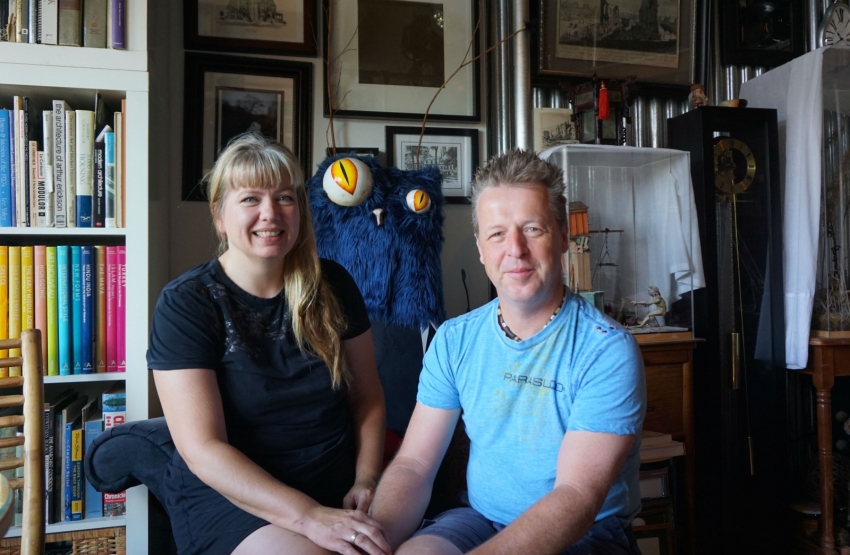 According to urban theorist Richard Florida, more than five million Canadians — about 30 per cent of the workforce — are considered part of the ‘creative class.’ They’re the movers and shakers of contemporary society; the poets, professors, and engineers, the artists, entertainers and architects.

In 2012, Vancouver tied with Victoria as Canada’s second most creative city, and has long been considered a hub for the country’s thriving innovators. Today however, as members of  Vancouver's creative class mature in their careers, they find themselves driven further away from the heart of the community, squeezed out by Vancouver’s prohibitive cost of living.

One Vancouver couple shares their story

When Trish and Martin Kostian moved into a tiny live-work rental space near 6th Avenue and Granville, everything was supposed to be temporary.

It was 2010, and the creative couple had relocated from the ARC (Artist Resource Centre) on Powell Street and Commercial Drive in East Vancouver with dreams of buying a home for retirement. It was only for a year, they told themselves, as they crammed their belongings into 650 square feet of apartment.

Five years later, the shelves are packed as high as the ceiling, their bed rests on a homemade loft, and there isn't an inch of space to spare. Martin, a photographer and lighting technician and Trish, an artist and interior designer, still have not found an affordable home and are rapidly running out of room.

“There’s no hope for us here at all,” says Trish, sitting at her desk among stacks of books, lights, and bits of her sculpture work. “The rent is more expensive than a mortgage, but we can’t get a mortgage because we don’t have a massive downpayment.”

The couple is looking for a retirement investment, a place they can call their own and grow old together in, but prospects in Vancouver are grim. They've already combed through Langley, Burnaby, Maple Ridge, Richmond, and other suburbs in search of a house.

“It’s a huge emotional roller coaster from day to day,” she continues. “I think it’s sort of having a grieving process with anger and sadness, then you’re blaming somebody — I really feel like I’m going through that stage.

The couple has come up with a solution however; after half a decade of searching in Vancouver, they're going to move to Nanaimo instead.

Only an hour and a half away

“It is upsetting that we have to leave," says Martin, sipping a coffee and enjoying his last few weeks in their crowded live-work apartment. "We keep telling ourselves that Nanaimo is only an hour-and-a-half ferry away, and if we want to do some exciting things in the city, it’s not too far.”

Just last week, he and Trish settled on a comfortable two-bedroom apartment in Nanaimo for $950 per month, roughly $720 less than what they’ve been paying for their much smaller place in Vancouver. They're due to move in on August 1, but the complete transition will take a few months.

Trish will work from the new apartment, but Martin will commute between Nanaimo and Vancouver, ferrying home on weekends to be with his wife.

It kind of sucks, he admits, but it's a necessary bump in the road towards home ownership.

"It’s a big decision," he says. "I have a camper van which I’ll stay in for the first half of the year until I can find a job over there."

The couple will rent in Nanaimo for the first little while before beginning their search for a permanent home in earnest.

The transition isn't a process they’re looking forward to, but with a bit of luck, they're confident they'll find a house within the $200,000-price range. According to www.realtor.ca, a local real estate aggregator, there are at least 14 houses available in Nanaimo right now for less than $250,000.

“We’ve looked around, it’s great," says Martin. "It was a surprise actually, there were some really nice, economical homes."