Metro Van continues to make its controversial case for incineration 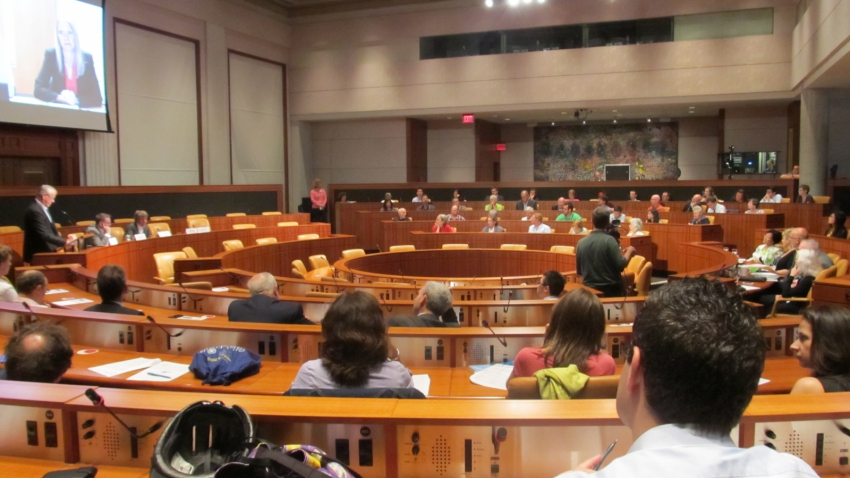 Weaved in with stories about Europe's challenges with recycling at a forum hosted by Metro Vancouver on Tuesday, waste management experts from the Netherlands and the UK made subtle recommendations for waste-to-energy incineration as a means to deal with residual garbage.

Herman Huisman, a senior environmental advisor to the Dutch government, outlined the challenges his country faced in its road to achieving a 60 per cent landfill diversion rate--one of the highest in Europe. In the middle of his presentation, he argued that incinerators are an integral part of achieving zero waste. Showing a graph of landfill rates in Europe, he said that the countries with the highest rate of recycling -- Switzerland, Belgium and Germany -- all have incinerators to burn waste.

"What you can gather from this graph is waste-to-energy and recycling go hand to hand," Huisman said. "Those countries that have no incineration have no recycling." 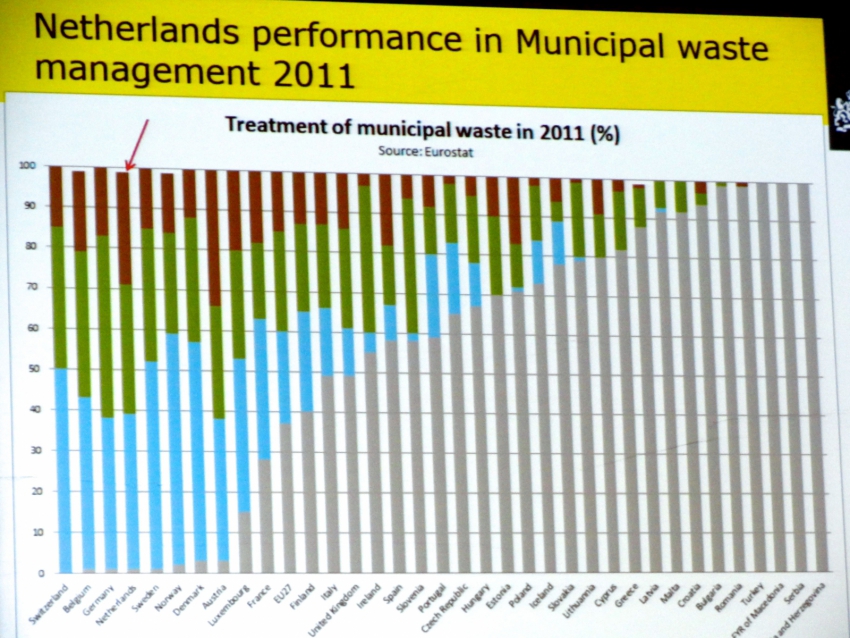 Metro Vancouver, meanwhile, currently plans to spend $517 million to build a massive incinerator to deal with an estimated 700,000 tonnes of residual waste after reaching its 70 per cent recycling target. Huisman did not mention that countries like Sweden and Norway had such high recycling rates that they were now having to import garbage from other countries in order to keep their incinerators running.

When the Vancouver Observer asked Huisman whether waste-to-energy incineration was necessary for high recycling, noting that communities like Capannori in Italy had achieved an 82 per cent landfill diversion rate without depending on incinerators, Huisman replied that Italy was "not a good example" due to the country's low overall recycling rate.

"There is always residual waste. Always 25 per cent," he said. "Cheap landfilling is really frustrating everything in Eastern Europe as well."

In an earlier presentation, Phil Conran and Vicki Cooper from 360 Environmental Co. showed some graphs showing incineration rates, which they referred to as "mass burn". Conran said  mass burn was increasing in London, and that the increase of incineration didn't seem to be negatively affecting recycling rates. 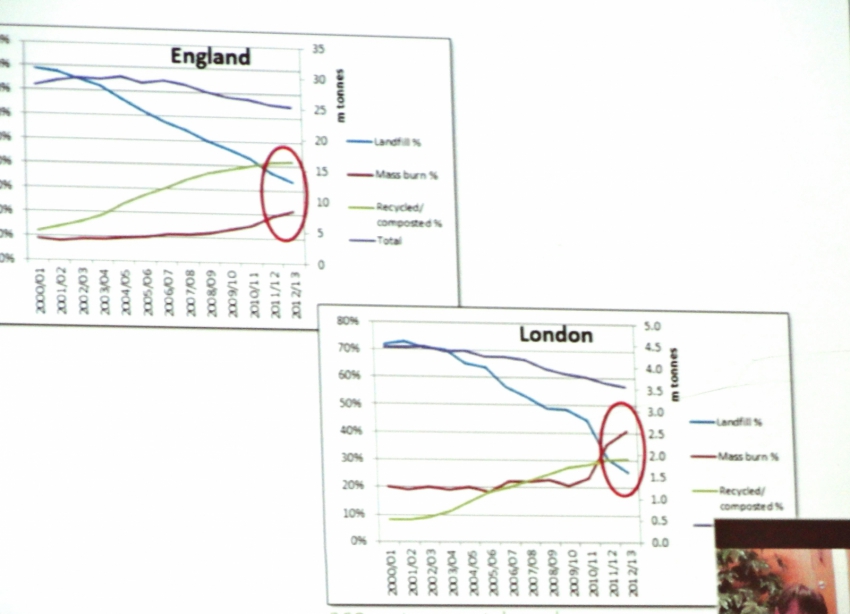 Conran said many incinerators in the UK were shut down due to community opposition and heavy environmental lobbying by groups like Greenpeace. In Hatfield, to the north of London, a major incinerator proposal was recently rejected by the community.

At the end of the presentations, a number of participants at the forum questioned the need for a new WTE incinerator in the Metro Vancouver area, and expressed worries about the impact of a new facility on recycling.

Jamie Kaminski, a board member of Zero Waste Canada and general manager of HSR Services, asked one of the presenters, Recycling Council of BC CEO Brock Macdonald, what RCBC's stance was on increasing incineration in the region.

"The Recycling Council’s position on incineration is that we don’t support incineration...We look at reducing the amount of waste before hand," Macdonald responded.

He advocated integrating waste reduction into product design, and reusing or repairing over buying new products. Audience members asked experts questions such as whether it was more effective to use incentives or disincentives to encourage the public to recycle. Conran said the UK found it effective to impose a landfill tax of 80 pounds per tonne of waste, which resulted in a sharp decrease of waste being dumped in landfills.

The Tuesday forum was one in a series of public conversations hosted by Metro Vancouver as it tries to move towards building a more environmentally sustainable region.

Under Metro Van’s Integrated Solid Waste and Resource Management Plan, the region is aiming to recycle 80 per cent of its waste by 2020. The current rate is 58 per cent -- higher than that of many European countries.

To achieve this goal, Metro Vancouver plans to implement a new ban on food and organics from the waste stream (effective in 2015) and a bylaw to keep waste in the region rather than shipping it to places like U.S. landfills. Prior to including plans to build a half-billion dollar incineration facility in the region, Metro Vancouver sent directors on trips to view incinerators Europe  and learn about its waste management programs. Meanwhile, directors have not made formal tours of cities across the border such as San Francisco and Berkeley, which have achieved an 80 per cent recycling rate without building a new incinerator.

While Metro Vancouver's solid waste plan was approved four years ago, the decision of whether to build a new waste-to-energy incinerator will be made by the provincial government at a later date. Neighbouring communities in the Fraser Valley have expressed opposition to increased incineration, citing health and environmental concerns, and Nanaimo City Council rejected the incinerator proposal for Duke Point in April after a series of complaints from residents.