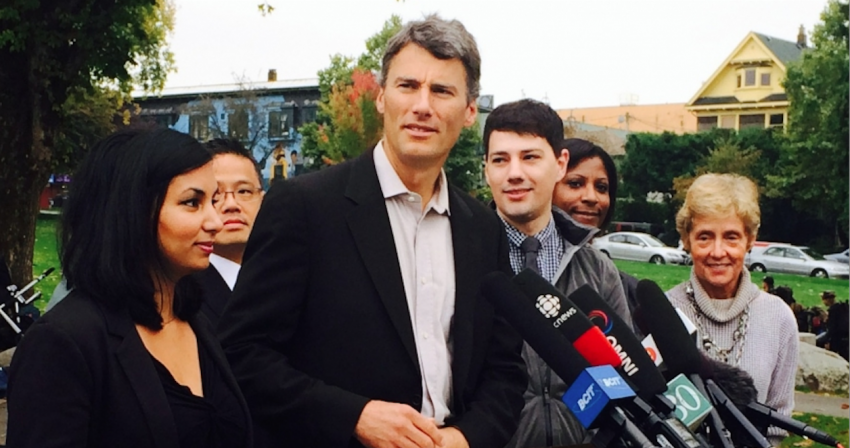 SFU’s urban studies and geography scholar Dr. Meg Holden says the city's demand for new housing is at a rate of about 3,000 per year, so 1,000 new spaces annually is fairly practical.

The essence of the plan is to make sure people with a modest income can afford to stay in the city with their children, said Robertson. The new plan would also enable the Affordable Housing Agency to use city-owned land for new housing.

“We have people coming here from all over the world,” he said. “The prices of land drives the cost of living here up significantly, and that means we have to do more to make sure local residents can make a go of it here,” he added.

“Families with children are still fleeing the city at a rate that is greater than families coming, so this is something that will require a major effort to turn around,” said professor Holden. “Lower housing prices will certainly help some families move to or stay in the city and leveraging city-owned land can help this considerably,” she said.

Although Vision Vancouver’s plan proposes more affordability, rival parties say it's not enough. “Every year, 2% of children leave Vancouver public schools because they can’t afford to the cost of living,” COPE said in a press release, which criticized rental rates in apartments as unaffordable.

"I don’t call $1,800/month for a one-bedroom suite affordable,” said mayoral candidate Meena Wong in the release. "Vision accepted over $1 million from the real estate industry last election, and now you see the results."

Most of the new affordability plan’s numbers and ideas were already a part of Vision’s strategy, Robertson noted. He said it was important for Vision to be “upfront” about the affordability crisis and continue to show commitment to make sure the next council implements the plan.

Professor Holden said if rental housing becomes more affordable, the city’s amenities, like the free learning to swim program, will be more valuable to keep families with children from fleeing to the suburbs.

“Cities will never win on space alone,” said Holden, “but for a growing portion of the population, I think that these kinds of opportunities for adding "urban value" to their kids' lives, will offer a sufficient trade-off for the backyard, basement and garage.”