Lynne Quarmby was unanimously acclaimed this past weekend as the Green Party’s candidate in the new federal electoral district of Burnaby North - Seymour. 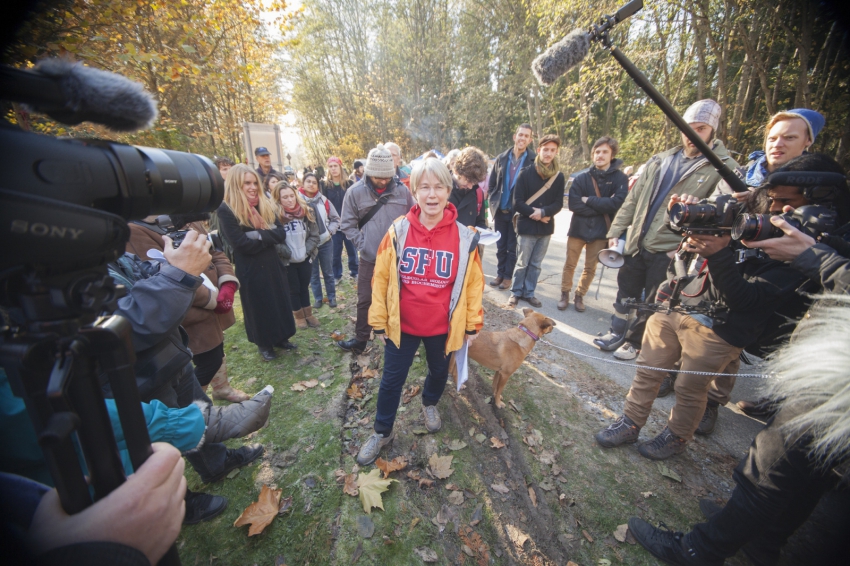 Scientist, activist, professor, and engaged citizen Lynne Quarmby was unanimously acclaimed this past weekend as the Green Party’s candidate in the new federal electoral district of Burnaby North - Seymour, according to a press release.

Quarmby — an internationally renowned scientist and researcher — was named by The Vancouver Sun as one of the 100 Most Influential Women of B.C., and recently made headlines when she was arrested on Burnaby Mountain for her act of civil disobedience in protest of the lack of meaningful review of Kinder Morgan’s TransMountain Pipeline Expansion project.

Lynne Quarmby is bringing her thoughtful and compassionate energy to Canadian politics, as the Green candidate in one of the nation’s newest ridings: Burnaby North – Seymour, ground zero for Kinder Morgan’s pipeline expansion. The proposed Kinder Morgan expansion will triple the amount of crude oil and diluted bitumen transported through Vancouver Harbour.

Joining Lynne for a tour of the riding and official campaign launch on January 22 will be Green Party leader Elizabeth May, Member of the Canadian Parliament for Saanich - Gulf Islands.