Predictions of an abysmal sockeye return has forced the closure of all salmon fishing on the Lower Fraser River. 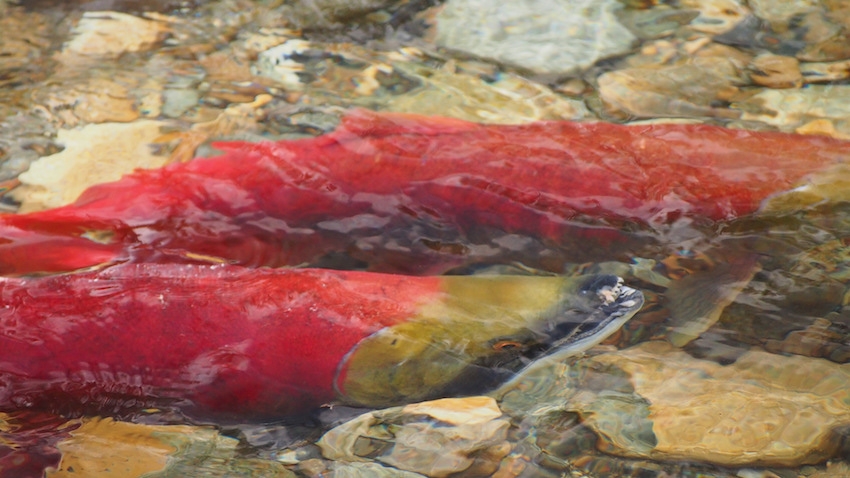 Predictions of an abysmal sockeye return has forced the closure of all salmon fishing on the Lower Fraser River, prompting an outcry from recreational users who say they are leading the way to preserve that fishery.

But Jennifer Nener, the Department of Fisheries and Ocean’s director of salmon for the Pacific region, says circumstances on the Lower Fraser are too severe to allow sport fishing, no matter what kind of salmon they are targeting.

"This is the lowest return we have on record, and so for that reason we really feel a need to be very precautionary," she said in an interview Friday.

The department issued notice on Thursday that one hour after sunset the fishery would close until further notice.

On Tuesday, the Fraser River Panel downgraded its estimate for the summer sockeye run from 992,000 fish to 700,000. The total run is only expected to be about one million, Nener said.

"The numbers of sockeye are just so low that it’s really critical at this time that we get as many as possible to the spawning grounds," she said.

In 2009, the government launched an inquiry when only 1.4 million sockeye returned on a predicted run of 10 million.

But anglers say they are already taking measures to preserve sockeye and disagree with the department’s decision.

"I have concerns that they would target the sports fishery," said Rod Clapton, spokesman for the Fraser River Sportfishing Alliance.

"Don’t shut down the whole river when a large majority of the anglers are fishing selectively."

While Nener agrees recreational fishermen have made an effort at selective fishing, targeting chinook, she said sockeye can still end up on the line and not all fish that are released survive.

"Obviously we appreciate all efforts that are being made in general with respect to selective fisheries," she said. "(But) the circumstances really are quite severe in terms of the status of Fraser sockeye this year. The numbers are very low."

She said the skills of the actual fishermen, along with factors like water temperature, must be considered.

"The more stress that a fish experiences during its migration, the less likely it is to make it to its spawning grounds."

The commercial and sports fishery for Fraser River stock in the ocean has already been closed.

The fishery has been limited for the aboriginal ceremonial and food fishery.

Clapton said recreational anglers in the region are making concerted efforts to employ a method called bar fishing, which is a stationary form of fishing from the beach. He said it has been documented that the method has no impact on sockeye stocks.

But he acknowledged there are still a few spots on the river between Mission and Hope where some anglers don’t know any better. He urged the department to boost enforcement in those areas.

Clapton added that his group has been working with the department to promote selective fishing and educate the few who don’t follow the rules, but that hasn’t seemed to make a difference.

"Unfortunately, our emails and offers to DFO seem to fall on deaf ears."

The department’s notice says anglers are still permitted to fish for trout, steelhead and sturgeon.