Mayor Gregor Robertson says Vancouver will benefit from a "new approach" and a "fresh perspective." 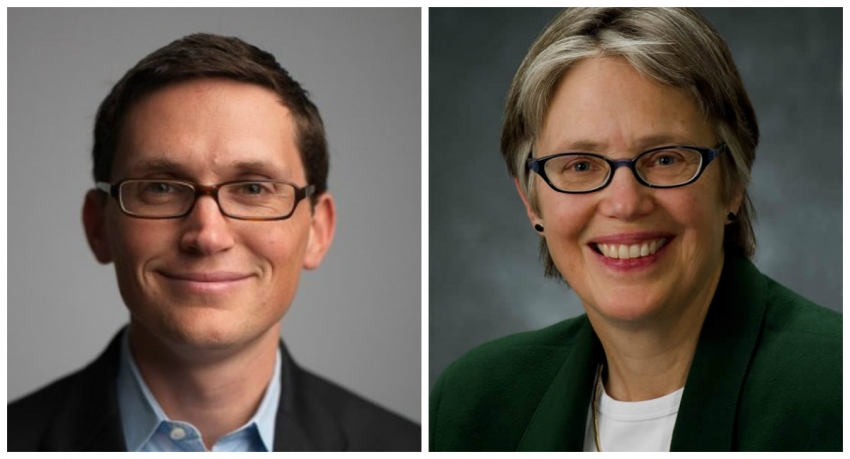 The City of Vancouver has let go of longtime City Manager Penny Ballem.

Mayor Gregor Robertson and City Council announced the “senior leadership transition” on Tuesday along with a $556,000 severance package for Ballem, in accordance with her contract. The municipality did not provide a reason for the sudden dismissal, but Robertson praised Ballem's dedication to City Hall since she joined the team in 2008.

In a statement, he credited her with being "instrumental" in the turnaround of finances for the Olympic Village, a successful winter Olympics, and the management of a billion-dollar organization that routinely ranks as "one of the best places to work in Canada."

“Dr. Penny Ballem has been an exceptional city manager, driving transformative change across the organization over the past seven years and demonstrating outstanding commitment to the City of Vancouver and all of its residents,” he said.

“As we look toward making continued progress on Vancouver’s most significant priorities, Council has decided that our city’s toughest challenges will benefit from a new approach and a fresh perspective."

The municipality will soon begin "international search process" to find a new city manager and a compensation review of the position itself to ensure the best value for taxpayers. In 2014, Ballem was the top income earner at City Hall, with a salary of $334,617 in 2014.

Ballem has been criticized in the past for her firm management style, and according to the Vancouver Sun, exercised "increasing control of the administration, alienating some staff," during her time in the City Hall seat of influence.

Her dismissal was met with mixed reviews on social media.

Urban design expert and former NPA campaign manager Bob Ransford commented that Ballem's departure was a "huge loss," and that "she accomplished so much for the city."

"Love her or hate her, Penny Ballem was greatly respected for her mind. No doubt is leaving big shoes to fill at 12th and Cambie. #vanpoli."