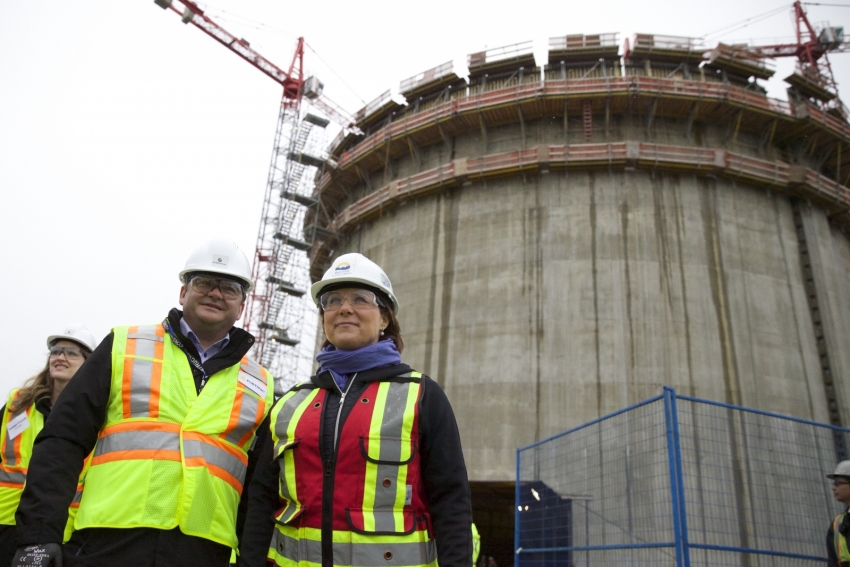 B.C. Premier Christy Clark’s own climate change advisors will recommend a hike in the province’s carbon tax to avoid a complete blowout of a year 2020 climate target due to an aggressive push to build a highly polluting Liquefied Natural Gas [LNG] industry, the National Observer has learned.

B.C.'s greenhouse gases are already growing —so building any number of the 21 proposed LNG export facilities will make it near impossible for B.C. to achieve its legally mandated greenhouse gas reduction target in five years' time. The province is already signaling its climate goal is in trouble ahead of a Climate Leadership Team’s report that will be made public today before Premier Clark attends the Paris climate talks.

"We have always said that the 2020 target would be very difficult to achieve,” wrote an environment ministry spokesperson Tuesday.

The report for the premier may also clash with Clark's intended messaging for Paris that so-called "clean LNG" is a climate solution for the world.

"So we have a great Canadian story to tell when we go to Paris — part of that story will be natural gas,” Clark told the National Observer last week outside a an LNG facility under construction in Delta, B.C. near Vancouver.

The full story can be read here on National Observer's website.