A landowner fights a big corporation for his forest. 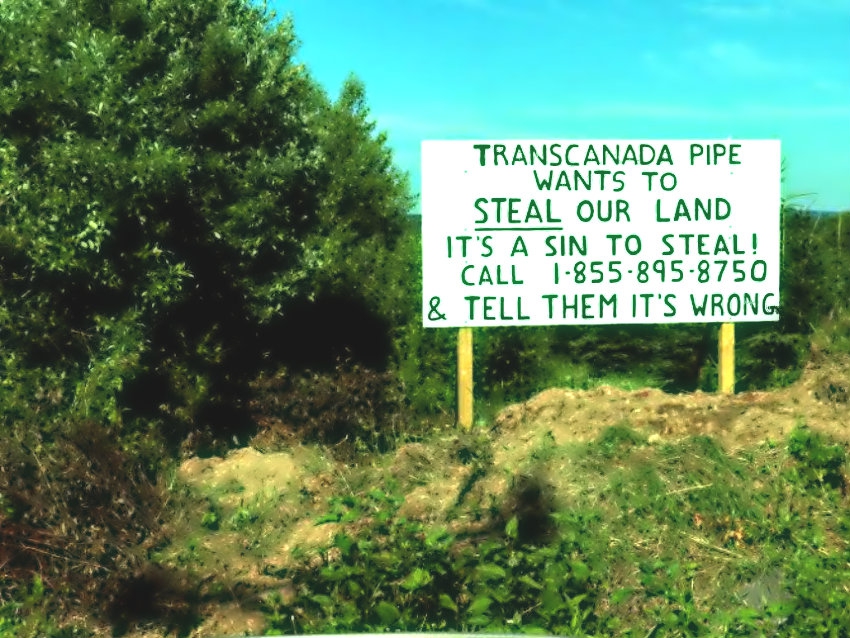 Rick Verge urges TransCanada to re-route their proposed Energy East pipeline away from his land, photo submitted by Rick Verge

Rick Verge was shocked when a TransCanada land agent knocked on his door in Titusville, N.B., last year and offered him $1000 to conduct a land survey in exchange for his signature. He refused. He said the land agent showed him a photo in a brochure of what his land would look like after TransCanada was finished with construction.

The only problem is that the photo in the brochure was a field where there is now a forest, said Verge.

“It’s a forest we use all the time. We have trails through there, campfires, it’s used regularly. To cut a 300 foot swath right through the middle of that, which is what they plan to do, would wreck it,” said Verge.

TransCanada Corp's Shawn Howard said TransCanada does not comment on the details of their negotiations with individual landowners out of respect for their privacy, however:

"Out of respect for any potential inconvenience that individual landowners may experience in dealing with the various survey crews that will need to access their property, it is our standard practice to provide landowners along our proposed pipeline routes in Canada with some compensation for their time."

TransCanada’s proposed project would require the construction of new pipelines and converting an existing pipeline that carries natural gas into a pipeline that would carry 1.1 million barrels of crude oil a day from Alberta and Saskatchewan to New Brunswick.

Verge has attended TransCanada open houses and has written personal letters to every board member for TransCanada, pleading with them to shift the pipeline to crown land.

“They avoid wood turtles—there’s certain animals they try and avoid and I said, can you not take some care and shift the pipeline for a person? I mean you’re willing to do it for the birds and the turtles and so forth, why not a person?”

New Brunswick premier, Brian Gallant, has been supportive of Energy East pipeline despite opposition in Ontario and Quebec. He travelled to Alberta last week where he met with premier Jim Prentice and oil industry officials to show his support.

Verge doesn’t oppose the project—he wants TransCanada to consider alternate routes. He said that despite  the fact that he owns the land, TransCanada will control it and with that there will be a lot of restrictions.

New Brunswick lawyer, Mike Brenton, said the government would have to grant TransCanada authority before it could proceed with construction.

“Private property is private property. They [TransCanada] would have to obtain some authority from the crown to do that and if it was disputed, and the right-of-way wasn’t granted by the landowner voluntarily, then they’d have to go to court to obtain authority to do that,” said Brenton. 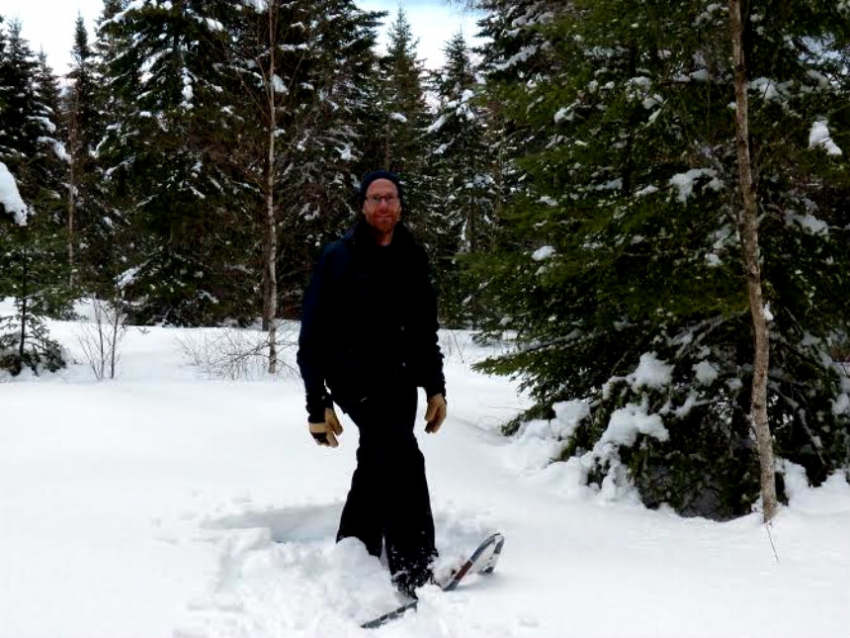 Rick Verge snowshoeing on his land, photo submitted by Verge

Beth Nixon shares Verge's views. A land agent on behalf of Corridor Resources approached her family in 2000. She said there are pipelines and natural gas wells on her property that she tried to prevent.

“It’s probably about a kilometre away that they do the fracking, but I have wells that are closer to me than that. There’s one well that’s on my neighbours property—probably 400 metres away from my house,” said Nixon.

“I wish they were never there,” she said of the gas wells.

Verge said he’s going to continue to write board members of TransCanada and hopes that one member will take his side and sway the others to take a different direction with the pipeline.

“I’m an ethical, moral, law-abiding person, so everything I do goes by that code of behaviour and it’s hard running up against people who don’t have that at all. They just don’t have it in them and they think it’s ok to steal. How do you deal with a person like that?” he asked. 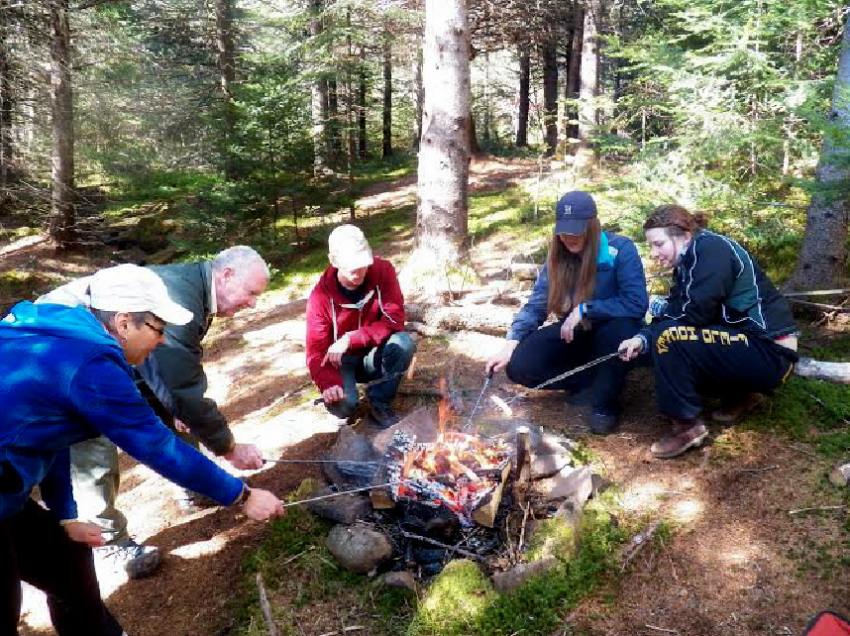 Rick's friends and family at their campfire, photo submitted by Verge.

Verge said his family has enjoyed their land for ten years. He is a scouts leader. He hosts bonfires. He and his wife hike and when his grown children are home, they spend their time outdoors.

“It’s realizing your dream—different people have different dreams I’ve realized but this was ours and it’s just a big knife cut right through you—having a 300 foot swath cut through and it’s awful that they feel they can steal.”

Verge said that while he refused to sign any documents to allow TransCanada to proceed with a land survey in exchange for $1000, many New Brunswick families complied.

While Verge declined to allow TransCanada to conduct a land survey for compensation, his neighbour, Janet Kilpatrick, among many other New Brunswick residents, complied. Kilpatrick provided a copy of her agreement with TransCanada.