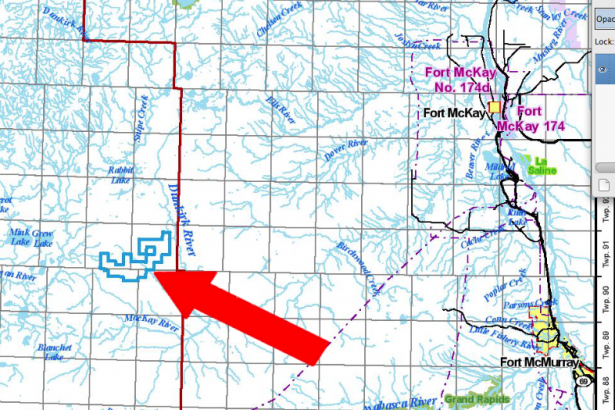 The site is 76 kilometres from Fort McMurray. Bev New, President of the Metis Nation of Alberta Region V, wrote Jennifer Bordyniuk of Koch Operating Oil Sands ULC to express concern about caribou herds near the proposed Dunkirk project last month, noting that the Metis had not yet been consulted.

"We have spotted caribou in the last year near the area of the proposed Dunkirk project," New wrote.

Although Koch Oil Sands Operating ULC began reaching out to relevant stakeholders last January, the project has remained under the radar, despite a widely-read report  in the Washington Post that apparently incorrectly claimed the Kochs are the largest foreign oil sands leaseholders.  The Koch brothers' companies are now thought to be only one of the largest foreign oil sands leaseholders in Canada. 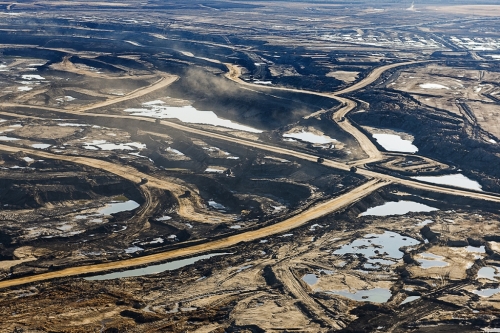 Aerial photograph of oil sands mine for the Vancouver Observer by Andrew S. Wright

Koch quietly filed an application last year with the Alberta Energy Regulator to develop a steam-assisted gravity drainage (known as SAGD in situ) oil extraction project that would have two equal phases totaling 60,000 barrels a day. Pending approval, construction will start in the fourth quarter of 2016 and production would begin two years later.

According to the Alberta Energy Regulator website, the Koch Oil Sands company has other applications underway.

Roxanne Rees, media representative for Koch Oil Sands Operating ULC, in Calgary, confirmed the company's plans.
"Is the Fort McKay Dunkirk project the only SAGD project at Koch Oil Sands  in Alberta currently?" the Vancouver Observer asked.
After a long pause, Rees answered, with a laugh, "sort of."
"Sort of? So there are others?"
"Well, sort of...," Reese repeated. "You probably saw an environmental request, the announcement (for Fort McKay). That's one of the first steps you make when you're planning a project. But, there are others."
"What stage are they at? The environmental assessment stage?"
"They're not even that far. Any of the information you're looking for is available at the Alberta Energy [Regulator] website. You can download all the applications."
"So this one is the furthest along, would you say?"
"Yes," Reese said.