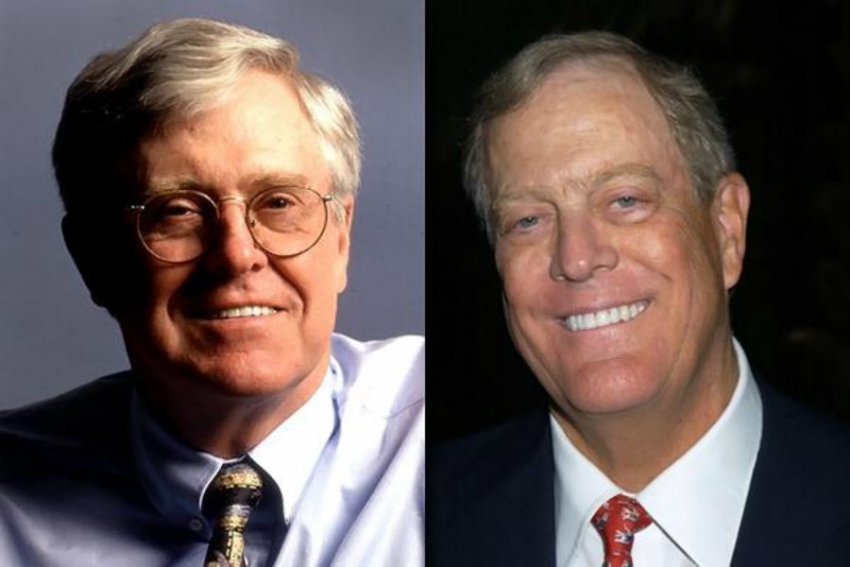 "Bulletin records show that 15 licences were issued on March 3, 2015, for operator Koch Oil Sands in the Cadotte area," the Review reported.

Koch Oil Sands Operating is part of Koch Industries, a US $115-billion multinational company based in Kansas. Koch Industries is the second-largest privately owned company in the U.S., and the Kochs are among the largest lease holders in Alberta's oil sands.

David and Charles Koch are known as key architects of the Tea Party movement. Koch-affiliated organizations such as Americans for Prosperity raised $400 million during the 2012 U.S. election to defeat President Barack Obama. In the 2016 election, they've pledged to spend nearly US $900 million for the Republicans to defeat the Democratic presidential candidate.

They stand to gain billions if the proposed Keystone XL pipeline from Alberta's oil sands to refineries in the Gulf Coast are built. Shortly after the mid-term elections, Republican representatives began calling for the Keystone XL pipeline to be built, and recently attempted to pass a bill for the pipeline's construction. President Obama vetoed the bill last month.