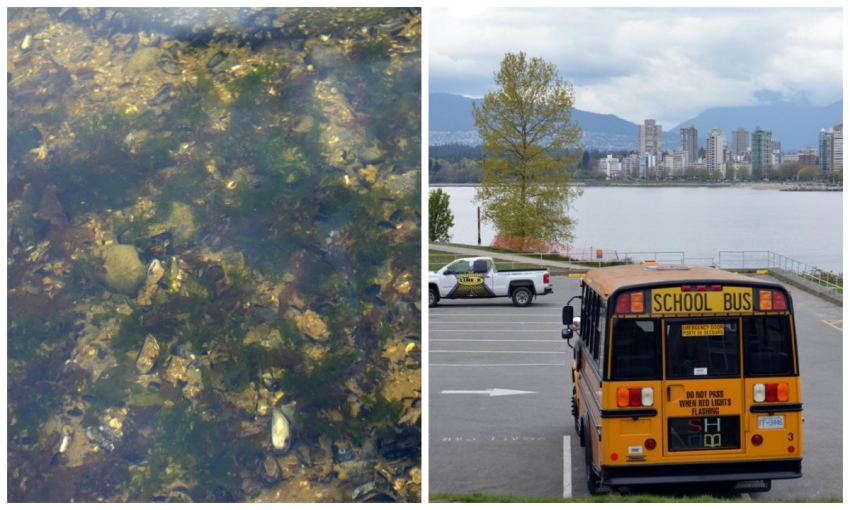 Photos by Jeremy Board

Kitsilano resident and business owner Jeremy Board was shocked to see a group of schoolchildren on Friday playing in the water near the Maritime Museum, despite an oily sheen on the water after the toxic spill in English Bay.

"I saw an entire school class of approximately 30 children playing in the water's edge, picking up shells and submerged rocks with their bare hands and bare arms," said Board.

Board said he immediately approached the two teachers who had accompanied them. He said he was alarmed that there was no official signage on the beach, despite 48 hours having passed after the spill.

"The first teacher knew nothing about the spill, and was shocked... there was no signage," he said. The second teacher, he said, had heard about the spill, but thought it only affected the downtown area.

Once he alerted them, he said the teachers immediately called students to get out of the water. Board said he was appalled that there were no official signs warning people about the spill.

"This was 48 hours after the spill," he said. "There was just no signage at all."

Board noted that after walking for several hundred metres along the coast, he found one hand-painted sign, and was disturbed that there was nothing else. 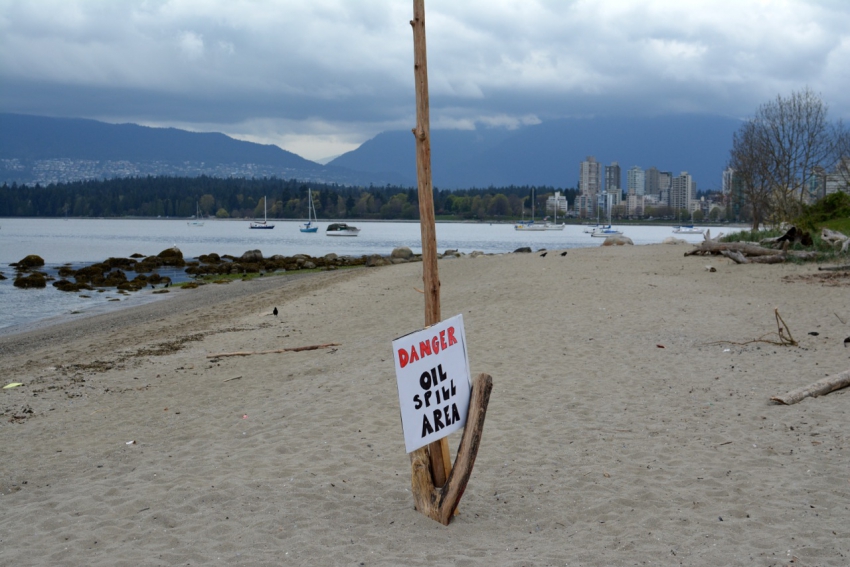 Authorities at the school, when contacted for comment, said its students were not at the location, and that students from another school were using their bus for the the museum visit.

Board, who is originally from England, said he moved to Kitsilano 16 years ago and came to British Columbia in part for the "natural beauty" of the environment.
He said he was surprised that the federal government closed the Kitsilano Coast Guard station, which was the busiest station at the time the Harper government closed it in 2013.
"I was shocked that the feds would close a vital life-saving service in one of the busiest harbours of North America," he said. Noting that many children in Kitsilano play along the beach, he added that "when it comes to the safety of children, the local community must speak out."
He also said he was also "totally opposed" to the proposed expansion of the Kinder Morgan Trans Mountain pipeline, which would increase oil tanker traffic to the area by five times, as he believed Vancouver did not have spill response capabilities in place.
Read More:
Share on Facebook Share on Twitter