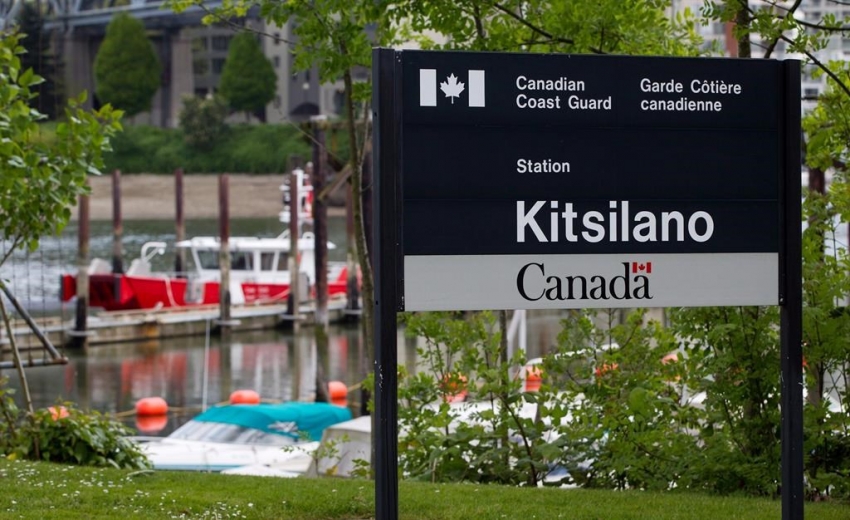 For one relieved Vancouverite, Justin Trudeau’s promise to reopen the Kitsilano coast guard station came not a moment too soon.

“I am delighted to hear that our coast guard station will reopen, it should never have been closed. I hope our natural right to security of life will never again be intentionally diminished by the federal government, through the removal of foundational lifesaving services,” said Kitsilano local Jeremy Board.

Earlier this year, he looked on in horror as an entire class of schoolchildren played in seawater after a bunker spill leaked toxic oil into English Bay. At that time the coast guard station was closed.

“There were school children playing in the bunker-fuel spill, at the beach, 48 hours after it happened. There were tourists walking around Stanley Park getting headaches from the fumes, 3 days after the spill happened. Local fishermen were still eating self-caught Dungeness crab 7 days after the spill. It was a nightmare, never again,” said Board.

Such a spill may have proved unstoppable for the coast guard, had it been active, but Board wanted the now re-opened station to lead a review of what happened during the bunker-fuel leakage.

He also felt the coast guard should roll out new beach signage and emergency communications procedures for schools in particular, as well as Department of Fisheries and Oceans (DFO) public alerts, if tankers carrying fossil fuels keep using English Bay.

“The ocean is both beautiful and dangerous, we should always respect her,” said Board.

Trudeau included both directives in a mandate letter to the federal minister responsible for fisheries and oceans and the minister of transport.

The two pledges are significant in the West, where environmental and safety advocates have decried the former Conservative government's handling of marine issues.

Vancouver Mayor Gregor Robertson applauded the decision to re-open the coast guard base, calling it one of the most important public safety resources for the city's busy harbour.

Further north, the tanker ban would put the Dixon Entrance, Hecate Strait and Queen Charlotte Sound off limits to tanker traffic as part of the government's goal to protect ecologically sensitive areas.

The tanker moratorium is also expected to effectively kill any pipeline project through the area, including the proposed Northern Gateway pipeline.

With files from the Canadian Press