Despite the election loss, this year's campaign revitalized the NPA and sent a message to City Hall, LaPointe said. All three elected NPA councillors garnered more votes than Vision councillors, and took control of the Park Board. 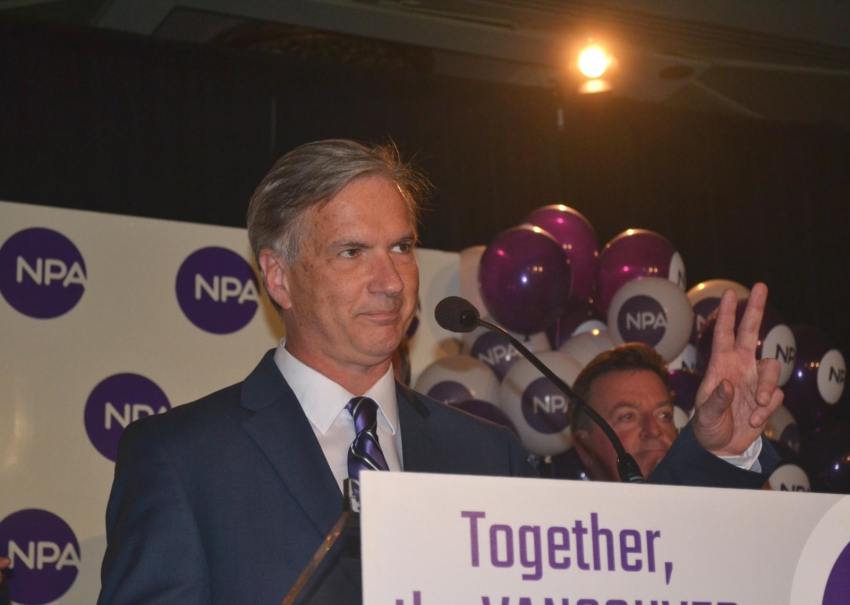 "The election result indicates we still have a bit of a divide in our city, and that we must move forward -- starting tonight," said NPA mayoral candidate Kirk LaPointe, addressing supporters at the Fairmont Hotel downtown.

"This is a time of necessary healing and all of us have a role in strengthening our community."

Polls predicted an extremely close race, but Mayor Gregor Robertson was elected with 83,529 votes today. Challenger Kirk LaPointe was initially neck-and-neck with the Mayor during the early count, but finished with 73,443 votes. Tom Petty's "I Won't Back Down" blared in the background as LaPointe stepped up to the stage, embracing each of the NPA candidates as they joined him.

When a mention of the Mayor elicited boos from the crowd, LaPointe quieted them down and said Robertson was a good "role model" who had the capacity to win three elections -- not an easy feat in a city like Vancouver.

He said although the NPA didn't seize back control of City Hall, the latest race revitalized the NPA, and sent a strong message to the Mayor to truly listen to Vancouver residents.

"When I accepted the privilege to run as the mayor for the NPA and began the longest, strangest summer internship," LaPointe said, eliciting laughs from around the room. "Most of Vancouver didn't know how to pronounce LaPointe, much less spell it. We were dozens of points down in the polls. We were an association that had lost its mojo over the years and we were up against a tremendous machine."

"We understood this was going to be a difficult step back. And I'm really proud we've been able to do that. I think we have moved ourselves back into the conversation." 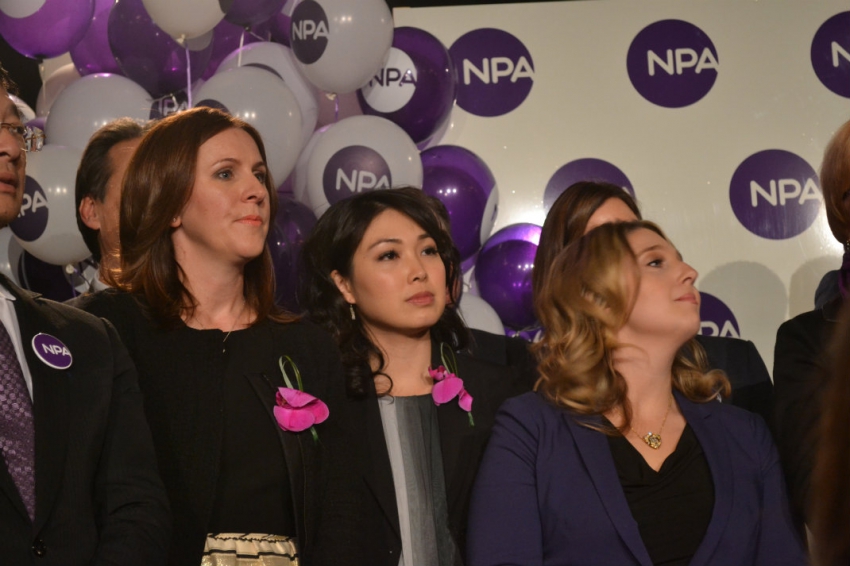 Around the room, people were upset and disappointed, but very happy with the gains made. In addition to high voter support for NPA councillors George Affleck and Elizabeth Ball, Melissa De Genova has been elected to City Council, and the NPA now has four representatives on the Park Board.

"I'm very pleased. My daughter got elected on the council," enthused Allan De Genova, president of the Honour House Society and former Park Board commissioner.

"I was elected for five terms under the NPA. So I was very happy to see we made some ground here. I can tell you for sure, Melissa will keep this council sharp."

He also praised LaPointe for his strong performance against the Mayor, despite no previous experience in politics. 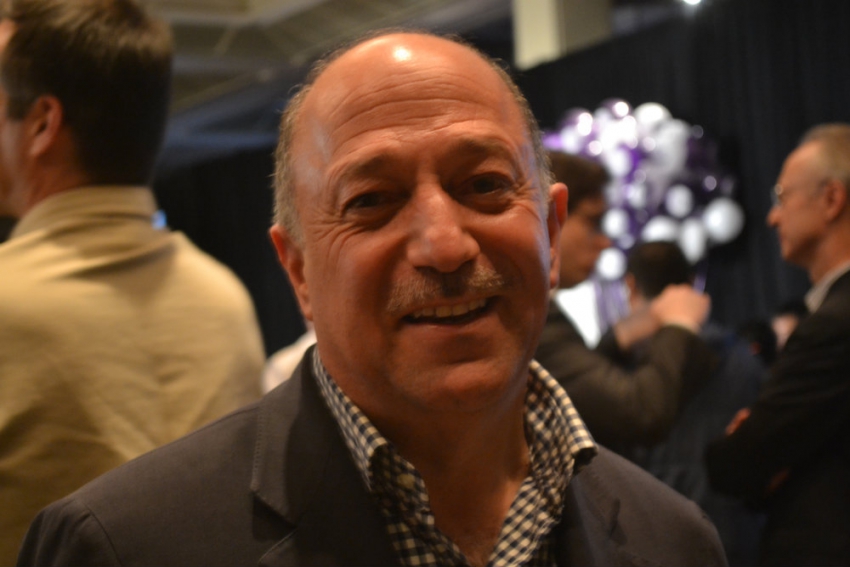 "Kirk LaPointe coming on board in just 120 days and the amount of momentum that has grown, is just phenomenal."

Others congratulated the addition of Melissa De Genova, who was described as a "relentless advocate" for seniors while on the Park Board. 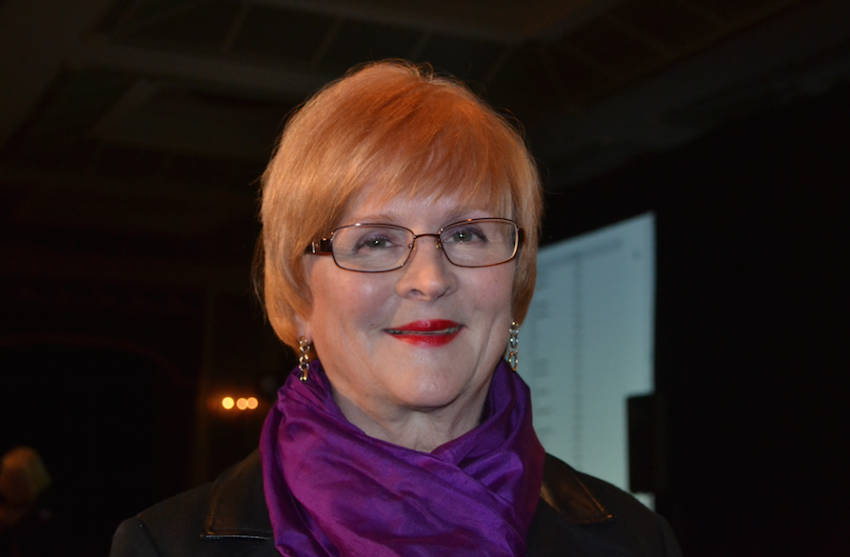 "She's a great advocate for seniors in the city. So, having myself who really knows arts and culture...having Melissa working with seniors, George working on finance, I think we've got an amazing team."

Some were heartened by the NPA's strong performance on City Council -- next to the Greens' Adriane Carr, who had more popular support than any other councillor this election, three NPA Councillors received more votes than any Vision councillor.

"Elizabeth Ball came in third. I think it's exciting," said artist Larissa Pirogovski, who described herself as non-political but came to the Fairmont to support Ball.

"Vancouver is a big city that needs good, honest politicians, and now we're getting that," saying it was a "win" for the city that so many people turned out for the municipal election. Voter turnout shot up to 44 per cent, up from 35 per cent in the 2011 race.

"I know she (Ball) will bring her heart and intelligence to do more for the arts. Vancouver is a young city, a business city, but we need more arts."

A few people from the Downtown Eastside who showed up to the Fairmont to support LaPointe were let down by Vision's win. 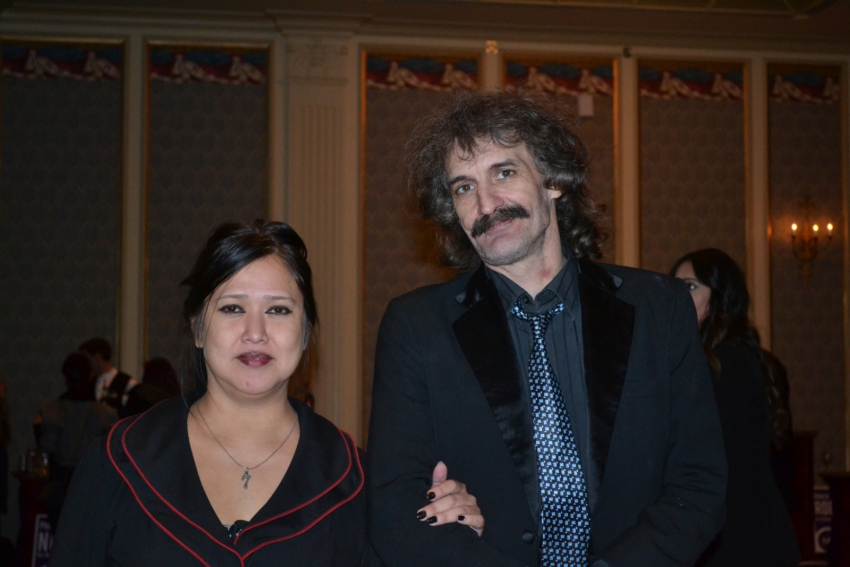 "I was hoping for a change, especially for the Downtown Eastside," said Jaime Richardson, from the Downtown Eastside Residents' Association. "I took Kirk on a tour of the Downtown Eastside, twice, before the election. It will be the same old rhetoric from City Council, and nothing will change. I think real estate developers will continue moving in and keep pushing people out. Poor people keep losing control in their neighbourhood."

On the topic of homelessness, NPA supporter Carolyn Winter said she was upset by the way in which the City decided to use places like the Quality Inn and Kettle of Fish into transitional housing for the homeless.

"I live downtown, and I know I was never consulted," she said. "Yes, the homeless need a place to say, but you need to talk to the people who live there first, and they haven't done that." She and others in the room echoed the sentiment that the current Vision government did not seem interested in listening to people outside of their circle of supporters.

Raymond Green said he hopes the next government can do something to curb the proliferation of marijuana in Vancouver.

"I am extremely upset about the marijuana stores that are in Vancouver, unlicensed, do not have a city business license. I was sent my business license this year, but I returned it to City Hall, and said why should I pay for it when all these stores don't? There's no policing, and it obviously starts at the top. I'm worried about all the children who live in the area. All of them can see these weed stores. It's ridiculous."