"The decision to enable this unfair advantage is unprecedented. The approach has been rejected out of hand by US regulators," said economist Robyn Allan. 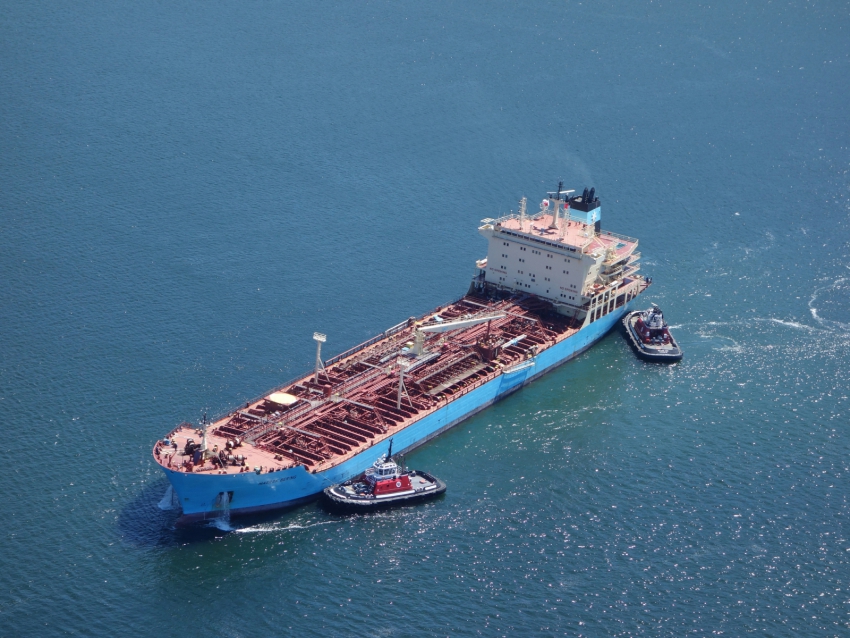 Photo of tanker in Burrard Inlet by "Judy_and_Ed" on Flickr Creative Commons
In what an economist calls an "unfair" decision, the National Energy Board has allowed Kinder Morgan to build a $136 million 'war chest' to fund its Trans Mountain pipeline expansion application through shipping surcharges. The charge, called a "firm service fee",  allows Texas-based pipeline company Kinder Morgan to offload the cost of the pipeline application to Canadian shippers.

"The decision to enable this unfair advantage is unprecedented. The approach has been rejected out of hand by US regulators," said Robyn Allan, an independent economist and former CEO of ICBC, who outlined the finding in her report.

The NEB's ruling -- made back in 2011 -- grants Kinder Morgan permission to start charging a firm service fee of $1.45 for every barrel of oil shipped from its Burnaby facility. When these fees are incurred by Canada-based shippers, they reduce Kinder Morgan's taxes payable. As a result, Allan wrote, "it is Canadians who are helping to finance Kinder Morgan’s expansion plans through foregone tax revenue, not Kinder Morgan’s shareholders, which is the normal course of business practice".

The controversial pipeline expansion proposes to twin the existing 60-year-old Trans Mountain pipeline and triple the current flow of bitumen from Alberta to Burnaby. The expansion, if approved, would increase pipeline capacity to carry 890,000 barrels of diluted bitumen, and boost oil tanker traffic more than five-fold from around 60 to 408 tankers a year in the Burrard Inlet.

"No risk" to Kinder Morgan

"The NEB has allowed a situation where Kinder Morgan's shareholders bear no risk or cost in advancing its (Trans Mountain expansion) Application," Allan said.

She noted that Kinder Morgan Canada President Ian Anderson said in 2013 that even if Trans Mountain pipeline expansion plans fall through, "all of the development costs are being covered by the firm service fees that we are collecting, so there is no risk to us."

Kinder Morgan spokesperson Andy Galarnyk wrote in an email to the Globe and Mail:

“Development of a project such as the Trans Mountain expansion entails significant study and environmental and engineering work such that Kinder Morgan and its customers are collectively sharing the development cost risk for the project.”

But the response, Allan said, is inconsistent with what Anderson said under oath during a cross-examination on February 12, 2013. When questioned by Suncor lawyer Bernard Roth, Anderson agreed that 100 per cent of the application cost would being covered by the added fee for shippers, and not by Kinder Morgan. Roth said the Trans Mountain pipeline was "excellent" and "well-respected" but pressed Anderson to acknowledge that the service fees would be used to offset the cost of the Trans Mountain pipeline application.