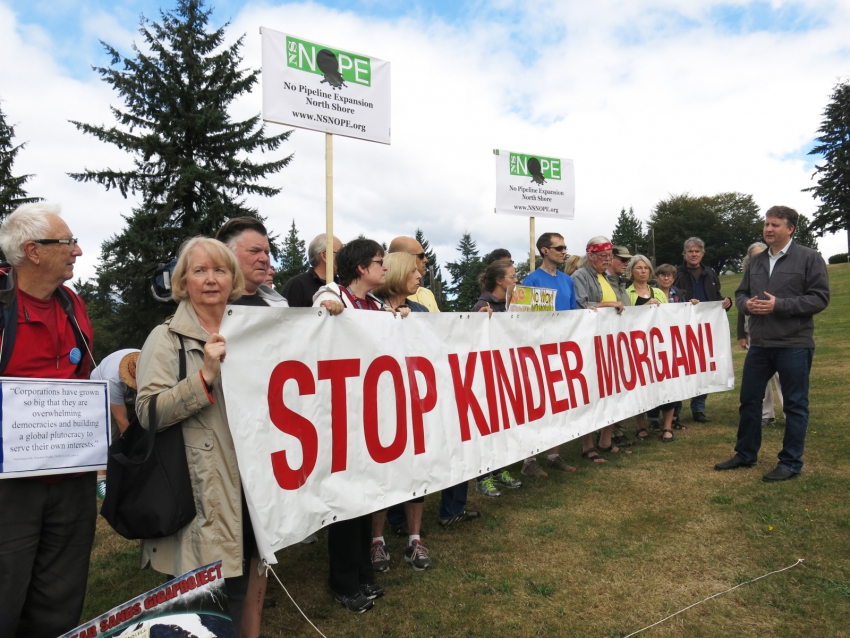 Kinder Morgan’s attempts to continue its disputed Trans Mountain exploratory pipeline work at Burnaby Mountain faced another day of heated opposition -- this time by an impromptu gathering of 50 residents.

The company maintains its work is legal, but the City of Burnaby and a Member of Parliament do not.

“I never cease to be amazed at what this company does in pursuit of its pipeline project,” said Burnaby—Douglas M.P. Kennedy Stewart in a statement.

“This time they went too far. They have broken the law and cut down trees – ruining a natural habitat that was established by residents as an official conservation area in the 1970s,” he added.

The Texas-based energy giant is trying to do exploratory seismic drilling for its proposed $5.4 billion pipeline project, resulting from the new routing of its Alberta-to-Burnaby oil sands pipeline under Burnaby Mountain.

The company has been informing residents door-to-door and with letters about the incursions into Burnaby Mountain’s forested areas.  It needs to clear trees and bore drill holes, for example.

Construction of the actual pipeline cannot proceed until the National Energy Board and the federal cabinet give it final approval -- those decisions are not expected until 2015.

Trouble is, Burnaby's Mayor – who has long opposed the project – says even the pipeline's preliminary work breaks local by-laws because the activity is in a protected conservation area.  He issued a stop work order Tuesday.

“It’s astonishing that, as a private corporation, Kinder Morgan thinks they have the right to override our citizens’ wishes and the laws that have been put in place to reflect the value our citizens place on these sensitive, irreplaceable ecosystems,” said Mayor Derek Corrigan in a statement.

So when local residents got wind of the return of Kinder Morgan crews Wednesday, a message was broadcast out via the opponent group BROKE (Burnaby Residents Opposed to Kinder Morgan Expansion).

Within hours, some 50 residents responded and arrived at noon with a banner that read, “No Kinder Morgan!”  The crews had already left, but residents still took their citizen defiance as a win.

Kinder Morgan's representative, Carey Johannessen, told CBC Radio that its quarrel with the city is a matter of a “professional disagreement” – that may soon require the company to go to court to enable its activity.

The company recently got a clarification from the NEB that told it that companies have rights to access lands in these situations.  It's expected the company will return to the NEB for a more formal intervention shortly, said sources.

Following the departure of the company’s crews from the mountain Wednesday, city staff invited local TV media as well as M.P. Kennedy Stewart on a tour deep into a secluded forest area to see the pipeline work already under way.

The group was shown chain-sawed tree stumps, as well as an area the size of a baseball diamond that was cleared, a Kennedy Stewart staffer said.  A Kinder Morgan letter sent to residents indicates the company wants to build a helicopter pad.

Dutton says the major concerns of citizens over the pipeline range from climate change, to pipeline spills, to increased oil tankers.

"The main concerns about the pipeline are that there will be serious health consequences from the oil storage facility."

"We also believe serious earthquakes, that can occur once [on average] every 25 years, can shake the mountain, and result in a serious oil spillage."

"Another concern is the increased industrialization of the Burrard Inlet, with increased tanker traffic, polluting the water and air shed," said Dutton.

“Ensuring me that a safety net is there if something happens.  In a perfect world, we’d never release a droplet of oil from any of our assets.  We don’t live in a perfect world,” Ian Anderson told the Vancouver Board of Trade in May.

Rich Kinder, the company's billionaire CEO told investors earlier this year that its Trans Mountain expansion in Canada was the biggest pipeline project in its system -- an important conduit for a burgeoning supply of new Alberta bitumen oil. 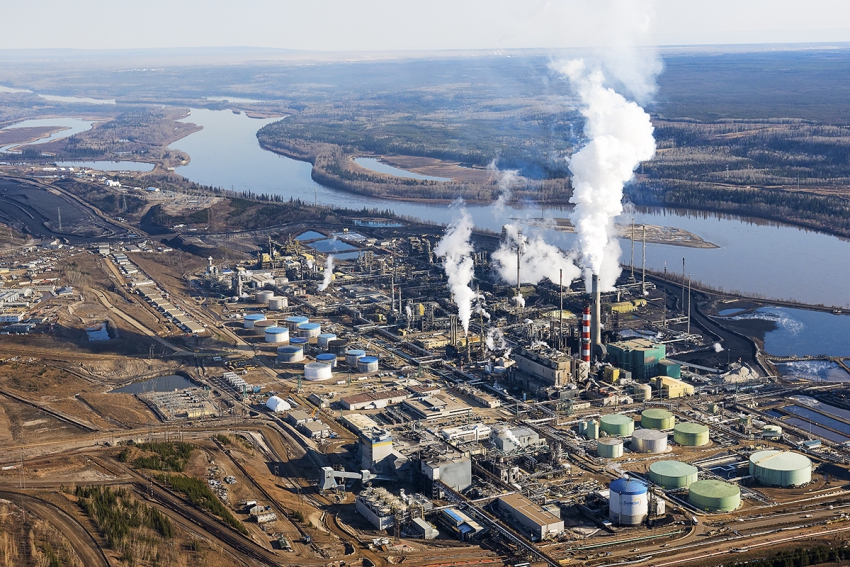