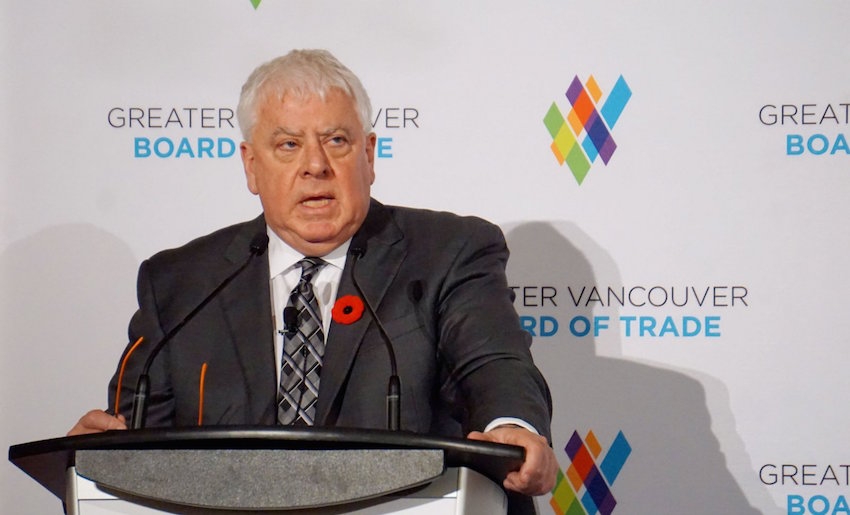 Kinder Morgan Canada President, Ian Anderson speaking to the Vancouver Board of Trade where he said he's not "smart enough" to say how much human activity is contributing to climate change. Photo by Elizabeth McSheffrey. being

The president of the company behind the Trans Mountain pipeline expansion proposal is backing off earlier remarks suggesting he's unsure humans are contributing to climate change.

Ian Anderson told the Edmonton Chamber of Commerce that he and his company, Kinder Morgan, accept the science showing that burning fossil fuels contributes to climate change.

Last week, he told reporters that he listens to arguments on both sides and that he wasn't qualified to judge which is correct.

He told his Edmonton audience that his previous comments "didn't come out right."

Anderson also talked about the need for his company's $6.8 billion project to bring oil from Alberta's oilsands to Vancouver-area ports.

He also had praise for Prime Minister Justin Trudeau's announcement earlier this week of $1.5 billion over five years to improve ocean protection against spills.