Report says new rail terminals will be built in the Pacific Northwest to transport Alberta oil. 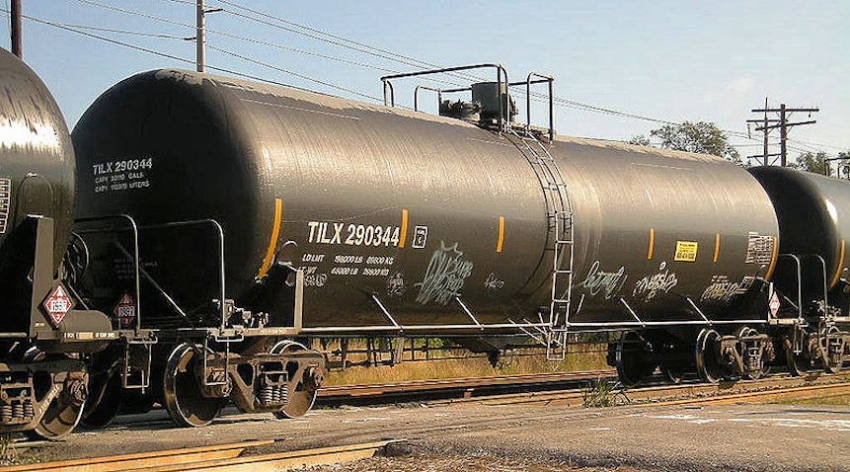 In the wake of the cancellation of the Keystone XL pipeline, the oil industry will look toward opening new rail terminals in the Pacific Northwest, contends a new report.

Tracking Emissions: The Climate Impacts of the Proposed Crude-by-Rail Terminals in the Pacific Northwest argues that if built, the new oil-by-rail terminals would equal the equivalent pollution of adding more than 28 million cars to the road.

“Oil companies lost the fight over Keystone, and that’s good news,” said Eric de Place, policy director for the Pacific-Northwest-based Sightline Institute. “But the industry won’t stop there. We’re the next battlefield.”

The report suggests that Oregon and Washington states face a quadrupling of their crude-by-rail capacity to over one million barrels a day.

However, the report is based on the assumption that all the new oil terminals on the books would be built. Currently, seven proposed new terminals for the region are in varying states of either gaining permits or passing environmental reviews.

The Alberta tar sands and the Bakken oil fields would supply the crude for the trains destined to the new terminals.

While oil arriving at the terminals could be shipped, mostly to California, a proposed lifting of the U.S. export on crude oil could open up the Asian markets.

As with any recent project seeking to transport oil, public opposition is likely to be vigorous.

As the report notes: “ In fact, all of the major proposed new pipelines from Canada are facing massive public and political opposition, and legal challenges, with now a very real possibility that none will be built."

However, it doesn’t mention that the public and many municipal politicians are equally resistant to oil trains passing through their communities.

In the wake of the Keystone XL permit denial, the Canadian Association of Petroleum Producers issued a release late last week, contending that “Canadian oil will find new paths to markets….”

The industry lobby group said it continues to pursue all forms of energy transportation to markets in all directions.

But before many of the oil industry projects expand or are built, the price of oil will have to rise. On Thursday, the Associated Press reported a traffic jam of oil tankers off the coast of Texas.

Some 41 tankers holding more than 20 million barrels of crude were anchored outside of ports in the Houston area.

Associated Press described it as a “snarl that some traders see as the latest sign of an unyielding global supply glut.”