Joe Oliver's travel expenses: What could you do with that money?

Where could you head to if you had Joe Oliver's $6,710.55 at your disposal? What else could you buy?

Last week, the National Observer published a story that revealed that the Finance Minister has "the most expensive costs in flights among all the members of Stephen Harper's cabinet."

Our sister publication received an avalanche of reactions on social media. People seemed very surprised at the fact that Joe Oliver paid $6,710.55 for a round trip from Ottawa to Calgary, with a one-day stay.

@VanObserver @MinJoeOliver How the hell do you spend 6000 on a domestic flight????

People's responses made us wonder: Where else in the world could you travel to with the same amount?

In order for the comparison to be viable, we've conducted a search on Kayak.com and we've selected:

3. One-month long stays. Given the long distances, one day stays were not possible.

What did we find?

Almost for the same amount of money, one adult could travel to:

But there's more to this. With that same amount of money, certain items from the "Average household expenditure" could be fully covered, in some cases for more than one year.

The correlation is shown in the infographic below, based on Statistics Canada's data. 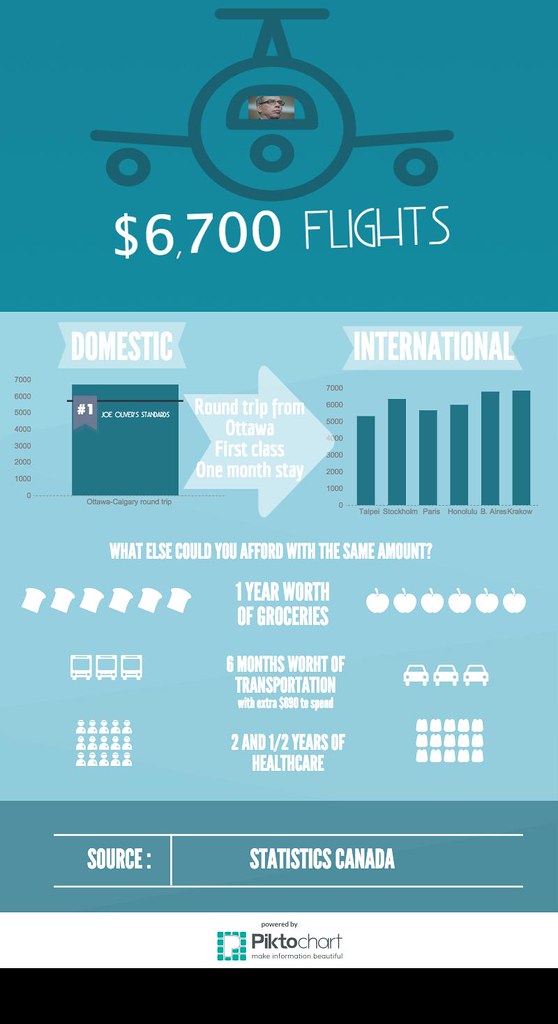