"We are inspired by our students, who voted overwhelmingly in favour of divestment earlier this year," said UBC professor. 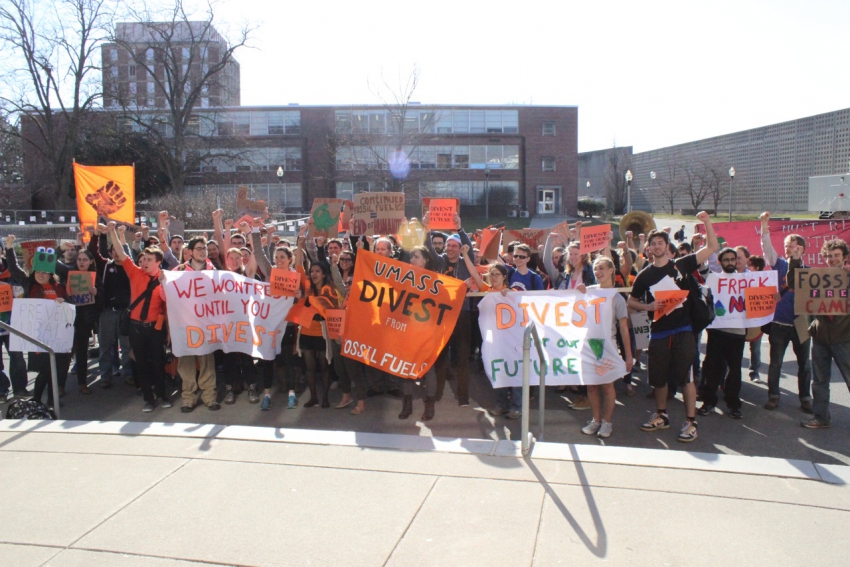 Two hundred and fifteen faculty members at the University of British Columbia have signed an open letter calling on the university to divest from fossil fuels.

"We are inspired by our students, who voted overwhelmingly in favour of divestment earlier this year," said UBC professor in Forest Resources Management George Hoberg.

On Monday, The UBC Faculty Association committed to hold a membership-wide referendum on divestment. Faculty members will vote in January on whether the university should immediately forgo further investments in fossil-fuel companies, and divest from existing fossil-fuel holdings within five years.

Signatories to the UBC open letter include leading professors from a wide range of academic departments, including climate scientists, economists, business professors, physicists, chemical engineers, environmental scientists, geographers, political scientists and many others. The signatories include several department heads, and distinguished members of the scientific community.

“Just as UBC has pledged to function as a ‘living laboratory’ for sustainability in its facilities, we call on our university to apply its expertise and values with the same vigor to its endowment,” said professor of Political Science and a climate policy expert Kathryn Harrison. “UBC should devise a profitable fossil-free portfolio that can serve as an inspiration for sustainable investing by other institutions.”

The faculty campaign at UBC comes as the global fossil fuel divestment movement continues to grow. Major universities in the US (Stanford), UK (Glasgow), Australia (ANU), and New Zealand (Victoria) have announced divestment commitments, joined by large faith and philanthropic investors including the Rockefeller Brothers Fund. There have also been nods from the financial world, as Bank of England governor Mark Carney stated in October that "The vast majority of [fossil fuel] reserves are unburnable." More than $50 billion has been committed to date to divestment world-wide.

Here is the open letter below:

As faculty members of the University of British Columbia concerned about climate change, we call upon UBC to divest its endowment of fossil fuel holdings.

Humanity confronts a grave and urgent crisis in climate change. The science is clear: the evidence that we are hurtling towards a future dangerous for humankind is compelling.[i] Immediate, dramatic actions are required to restructure the energy system to one relying on clean energy. Research by engineers and economists shows that a transition to a clean energy economy is both technologically feasible and economically affordable.[ii]

We believe that we have a moral duty to address the climate crisis. Inadvertently supporting such a destructive industry is inconsistent with UBC’s core values of sustainability, leadership, and innovation.[iii] It is wrong for UBC to continue to profit from its investments in fossil fuel companies that contribute so directly to dangerous climate change.