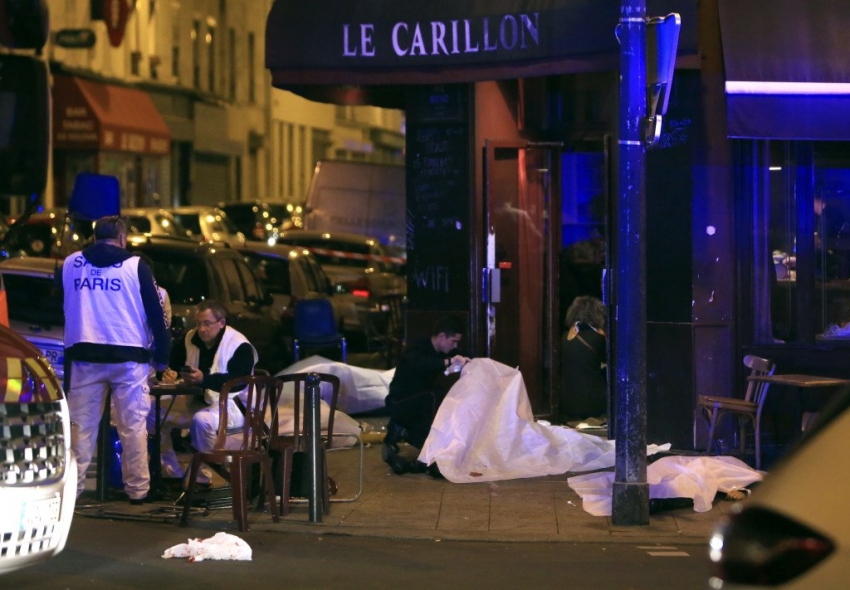 The Islamic State has claimed responsibility today for a series of terrorist attacks across Paris that left 129 people dead on Friday evening. The group's latest atrocity comes just one day after IS carried out twin suicide bombings in Beirut.

According to the Associated Press, victims lost their lives at six locations, the deadliest being the Bataclan Concert Hall where an Eagles of Death Metal Concert was underway, with 80 people reported dead. Some concert-goers were taken hostage but later rescued when French police stormed the venue. Others were killed when several bars and restaurants across the city came under attack. At least three more died in a suicide attack on the Stade de France during a France-Germany soccer match.

French President Francois Hollande condemned the Paris atrocities as "committed by a terrorist army, the Islamic State group, a jihadist army, against France, against the values that we defend everywhere in the world, against what we are: A free country that means something to the whole planet.” 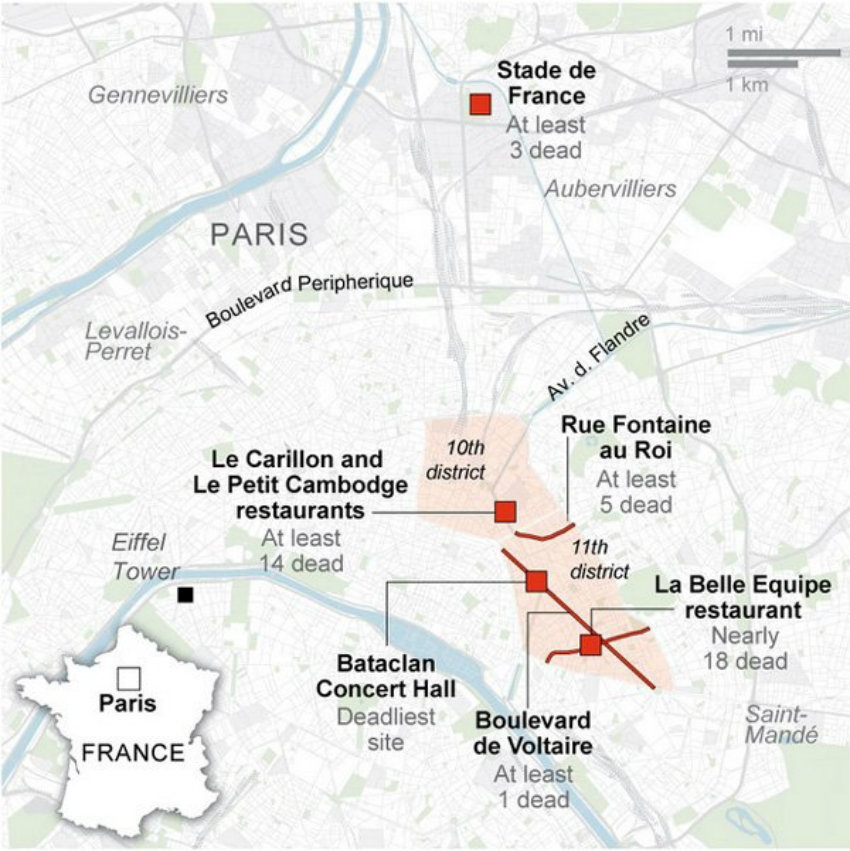 Soldiers have now been deployed across Paris as the French government has declared a state of emergency, ramped up border security, and warned locals to stay indoors after the worst bloodshed on French soil since World War II. Officials are saying that all eight terrorists are dead, seven of whom blew themselves up with suicide belts, but their accomplices may still be on the run.